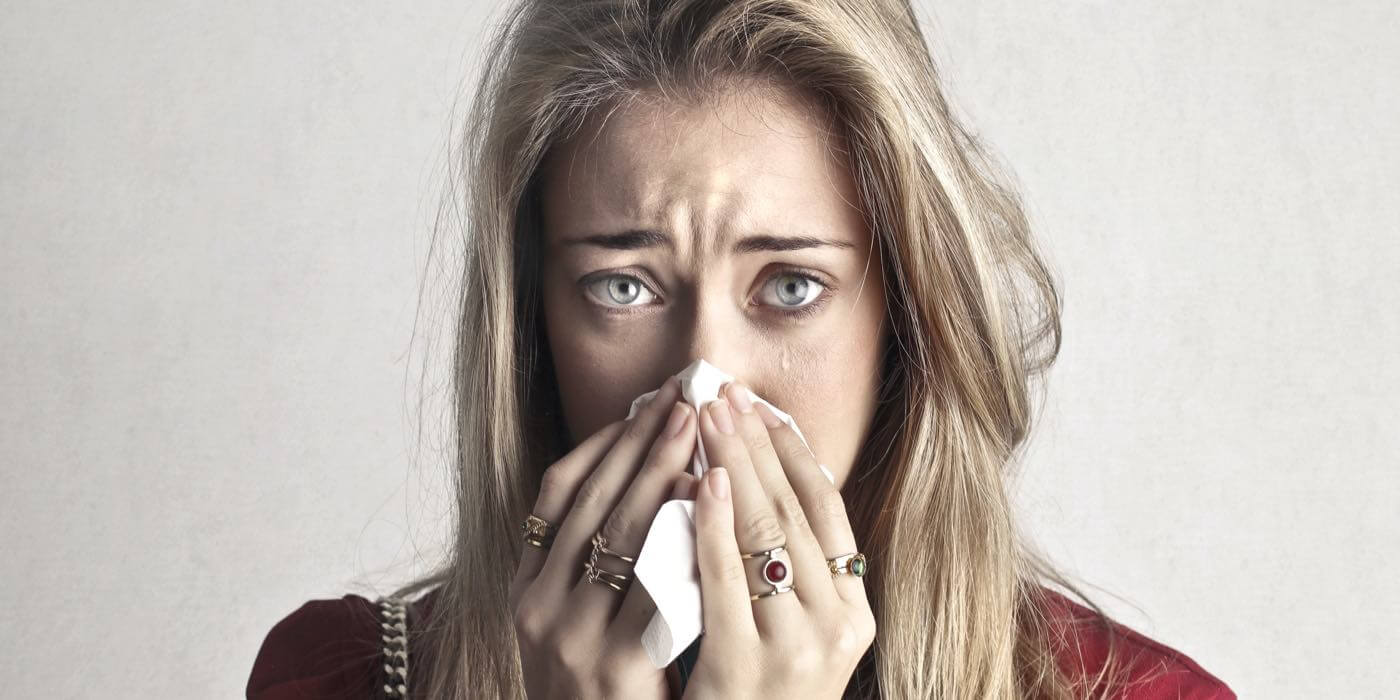 Self-talk is the voice in your head when you talk to yourself—sort of like your inner narrator telling the story of your life.

Now, most of the time our self-talk is pretty ordinary and unremarkable:

But sometimes our self-talk gets kind of negative—or even downright mean:

Here’s the problem: If overly negative self-talk becomes a habit, your moods and overall happiness can suffer for the simple reason that…

How we think determines how we feel.

Modern psychology calls this principle cognitive mediation (although philosophers have been saying the same thing for thousands of years).

Think about it like this—your thoughts, including your self-talk, are like a filter for how you feel:

So, if you want to feel happier on a regular basis, it’s important to make sure you aren’t falling into habits of overly negative and unrealistic self-talk.

Here are seven types of self-talk that make people unhappier than they should be.

Mind reading is when you assume you know what someone else is thinking with little or no evidence.

In both cases, you’re assuming you know what another person is thinking based on very superficial evidence…

When you assume the worst in people, you’re guaranteed to feel bad, regardless of whether it’s true or not.

In some ways, mind-reading is just laziness. The fear center in your brain is sounding the alarm, but you’re too lazy to verify if something is actually wrong or dangerous.

Doing this once or twice is no big deal. But if you’re in the habit of reading people’s minds and assuming the negative, your moods—and probably your relationships—are likely to suffer.

Stop guessing other people’s thoughts and try asking them.

Learning to communicate more assertively and building the confidence to do so is one of the best antidotes to mind-reading.

Catastrophizing is when you immediately jump to the worst-case scenario when faced with possibly negative news.

In a sense, it’s like mind-reading the universe—you’re assuming you can predict the future and that it’s going to be very, very bad.

Now, bad things do happen. And the ability to think about worst-case scenarios isn’t a bad thing—in fact, it’s a really useful skill! But when catastrophizing becomes habitual and unthinking—your default response to anything even possibly negative—it can have a pretty negative impact on your mood and wellbeing.

It’s important to remember that just because you have the ability to imagine the worst—and just because it’s a helpful thing to do sometimes—doesn’t mean it’s a good thing to do all the time. Or to assume that you’re particularly good at it. I fact, I’d suggest the opposite:

You’re not nearly as good at predicting the future as you think you are.

But don’t worry—none of us are 🙂

If you need to think about negatives in the future, do it intentionally, not reflexively.

If-only mind is a form of self-talk where we oversimplify the causes of our happiness or suffering.

Now, there are two big problems with if-only mind:

If-only mind is a form of procrastination—you’re avoiding the hard work of making changes to your life by rationalizing them onto external factors.

One of the best ways out of the pattern of if-only mind is to make the time to get really clear about what your values are and what you actually want out of life. Because the more time you spend reflecting on your values, the more ownership and sense of responsibility you will feel for your life.

Black and whites thinking is a form of self-talk where you force everything into false dichotomies.

Most people who struggle with black and white thinking understand intellectually that it’s inaccurate. But that doesn’t matter.

Regardless of what you know intellectually, your feelings and actions tend to follow from what you do consistently.

So, if in your mind your self-talk is constantly categorizing things into black and white, good and bad, smart and stupid… Well, that’s how life is going to feel. And despite our affinity for fairy tales and Disney movies, living in a black and white world isn’t actually very enjoyable or healthy.

Personalizing is when you inappropriately assume things are a reflection of your worth as a person.

In both cases, your self-talk is assuming that what happened (the criticism, your partner not wearing the jacket) is about you as a person. But it’s perfectly possible—if not probable—that those things have either nothing to do with you (maybe your partner is saving it for the next time you go out on a fancy date) or they have to do with some extrinsic part of you (your skill writing minor character dialogue rather than your overall aptitude as a writer).

When you’re in the habit of personalizing things, your self-worth is constantly on trial.

And that’s a pretty miserable way to go through life.

I mean, how could you not feel bad about yourself all the time if everything is a reflection of your worth as a person?

Shoulding is a habit of self-talk where you’re constantly telling yourself what you should do.

Of course, there are plenty of times where it’s true that we really should do something: Paying your taxes or showing up to your new job interview on time.

In cases like these, it’s not just that we would like to do them, or even that it’s important to do them—it’s that it’s really, really important that you do them because the consequences would be pretty bad if you didn’t.

But it’s easy (especially if you’re the high-achieving type) to start applying the should standard to all sorts of things:

Of course you want to do these things. And they’re probably important to you to some extent. But if you’re in the habit of constantly telling yourself you should do just about everything, your whole life is going to feel like some kind of giant exam or inquisition. And if that’s the case, you’re going to feel pretty rotten.

I think you’ll find that you end up achieving just as much—if not more—with dramatically less stress.

Emotional reasoning is when you make decisions based primarily upon how you feel or want to feel rather than on your values and what you think is right.

Obviously, I’m not suggesting you should ignore your emotions and feelings. Sometimes they’re trying to tell you something important.

But it’s a serious mistake to get in the habit of assuming that your emotions should always take precedence. Because if you do, you’ll find yourself constantly compromising your values and commitments in favor of what feels good in the moment.

By all means listen to your emotions—just don’t take orders from them blindly.

Especially in major decisions, it’s important to evaluate your decisions in light of your values and good judgment, not just how you feel.

The more aware of your negative self-talk you are, the easier it will be to break these patterns and all the emotional suffering that comes with them.

To recap, here are seven types of self-talk making you unhappy:

This is all good advice, Nick, but sometimes your tone makes it sound like the worst kind of self-talk. There’s something deeply ironic in this

Thanks Colin—I’ll try to be more mindful of that

Hey Colin! Nick’s response was very kind and gracious, yet I thought I’d add that I didn’t perceive any negativity in Nick’s writing. Is your self-talk negative? If so, it would put a veil over the world and over Nick’s writing so that you perceive it to be negative. Reading someone’s tone in writing can sometimes be an ambiguous thing (especially given that his articles are informative and educational). I’ve learned that if I’m reading negative intent into an ambiguous situation, it’s me & my self-talk that is negative.

This comment is so interesting. I actually liked the way he wrote it because my self-talk is heavy like that. I think it helped me understand better the advice he is trying to give. But I also understand how it could be triggering or perceived as ironic.

Tone or Content? For me, content is King (and Queen!).
Content is the solid oak tree. Tone is subjective – little leaves waving about. I’d rather lean on the tree than focus on the wobbly little leaf.

Nick Wignall has that very rare ability to take a very complex subject and communicate that so effectively, so generously and in a way that achieves the ‘only’ goal of writing anything – that the reader ‘understands’

Amen to your wisdom, generosity and wonderfully effective writing Nick.
It reaches far, it changes distorted thinking and many of us are the better for it.

Keep up the great work. It matters to many.

Ah, I’m not always that confident tbh ;-p
Thank you for another great article. I listen to your podcasts every week, they’re so good! Actually really loved that last one about metacognitive therapy. As an overthinker myself, I do feel so free when I think less and just AM. And it’s funny because when I am like that, in the moment, my critical self-talk kinda shuts up, I can be myself, and I can hear the supportive loving coach that’s actually always there too. If only we would feel free to be our mad weird selves.. then maybe they’re wouldn’t be so much madness at all!

Thank you for this article. Very helpful pointers to a cleaner happier mind.

Thank you!
I really love your articles mr. Nick!😊

Wao, deep insight at human psychology as usual. I always give myself very high shoulds and endup with more self disappointment. Thanx

That was great article Nick , very helpful and the examples were very relatable .

This article is great. Thank you, Nick!

great article and very relevant to me personally. thank you, Nick

Sorry Nick had to skip the majority of this as all about negatives where were the positive self talk? Enough to bring you down if you were not feeling it. Were the negative talks really so important or necessary?

You are correct 1st time … It’s they’re (they are)

Hello Nick,
Thank you for your information. Enjoy reading it and learning from it.
But here I ask now also times for the why I find especially this article interesting.
Write since I studied nutrition in Quora for people with difficulties in nutrition.
Anorexics are proficient at being at 150 percent in fear.
And they probably do that for a long time, unfortunately.
Do these people with anorexia get help from their clues?
Can these tips help them?
Can anorexics perhaps help themselves by changing their thoughts in this way?
I believe some of them can.
But what do they think about it?
Or do you have other hints for me or better for anorexics?
Greetings and thanks from Germany to the USA I think
Alexander

This, & your work, should be taught in schools so we’re building healthy young people instead of icing broken adults. You can only know what you know, & you learn what you’re taught (or paid attention to).

This is another absolutely brilliant article Of yours & I’m forever grateful to the universe for the gift or you & you sharing your knowledge & experiences to make our inner & outer worlds better places! 👏🏾👌🏾🙏🏾♥️

I liked icing broken adults, Amanda, I thought it was quite profound 😉. Maybe doesn’t make sense in US English though… You would probably say “putting frosting on” broken adults.

Thanks for this article, Nick. The tone is great, nothing to change here, and the ideas are incredibly helpful. Bookmarked!

i can relate to so many points here , but last point took me into negative self talk that might be sometimes I have done this: By all means listen to your emotions— take orders from them blindly and thats why I am suffering 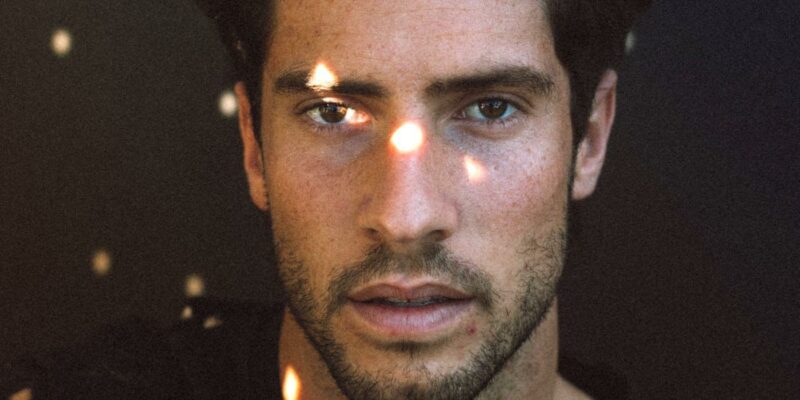 How to Stop Dating Emotionally Immature People: 5 Tips from a Psychologist Who’s Heard It All 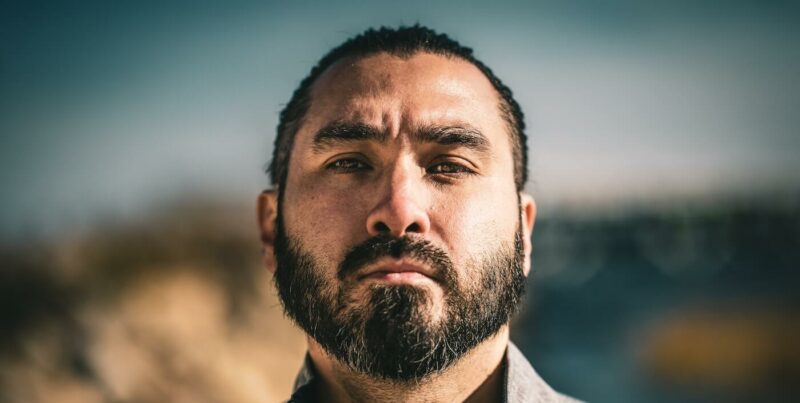