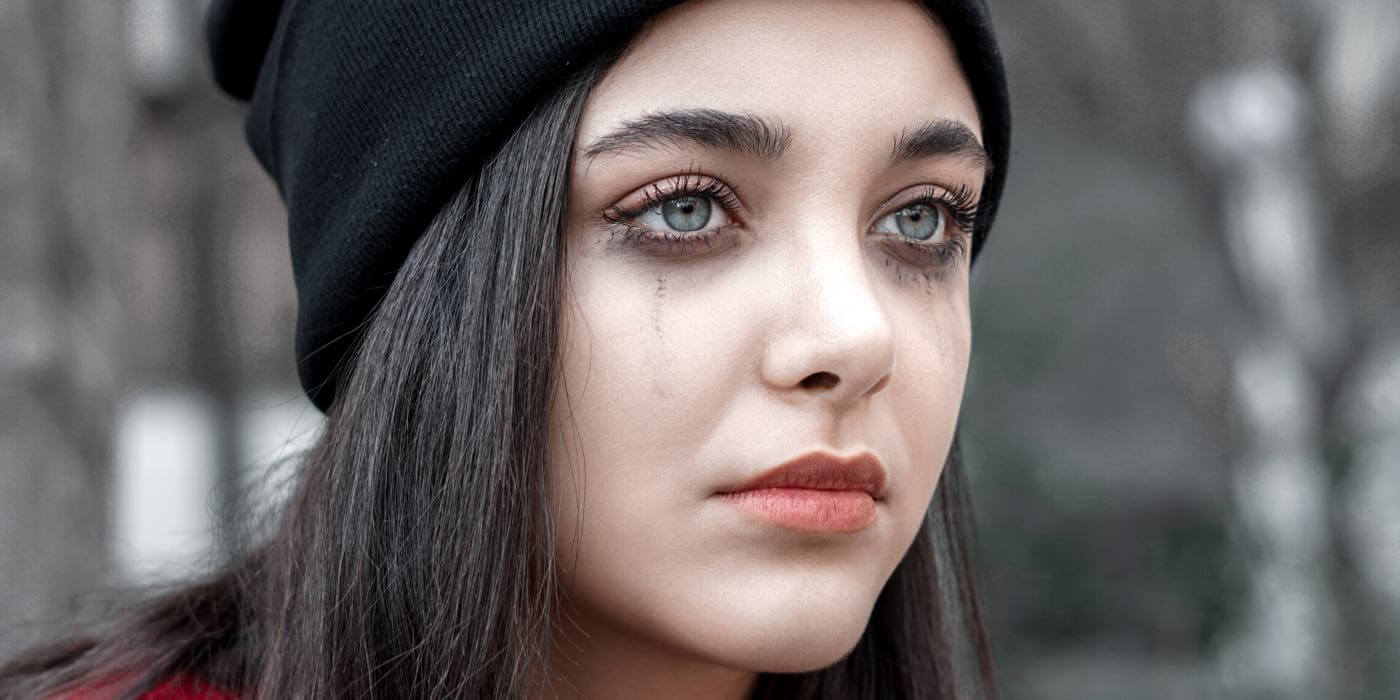 If you struggle with taking things personally, you’re not alone. In my work as a psychologist, this was one of the most common struggles people of all backgrounds and personalities had.

Luckily, this is definitely something anyone can overcome with the right approach.

Anyone can learn to stop taking things personally by building better habits.

Taking things too personally is a habit that can develop for all sorts of reasons. But if you want to stop taking things personally, you need to build new habits to replace it.

In the rest of this guide, I’ll teach you 10 of the most powerful ways I know to stop taking things personally and eliminate all the stress, anxiety, and resentments that come along with it.

Often there are one or two root causes behind why people are in the habit of taking things personally.

For example, at an early age, you might have developed a core belief that it’s not okay to be proud of myself. Maybe you were punished or reprimanded for expressing healthy pride as a child. Or maybe you had someone in your life who was excessively prideful and self-centered, so you reacted in the opposite direction. But whatever the origin, this belief that it’s not okay to have a healthy sense of pride leads to overvaluing other people’s opinions of you relative to your own; and as a result, it’s much easier to end up taking things too personally.

Now, it’s important to be clear that there isn’t always one single root cause of the tendency to take things personally. And it’s not necessarily the result of something that happened in childhood. But often it is. So if you’ve struggled with taking things personally for a long time, it’s worth doing some reflection to see if there are any common themes.

Whatever caused your tendency to take things personally initially, there may be other reactors maintaining that habit in the present. And one of the most common is this: invalidating the emotions associated with personalizing.

It’s a bit counterintuitive but when you acknowledge painful emotions you actually make them easier to deal with and increase your odds of responding to tough situations well.

So, if you want to stop taking things personally, try learning to spot the difficult emotions behind your personalization habit and practice validating them instead of avoiding them or criticizing yourself for them.

💡 Learn More: How to Validate Your Emotions in 3 Simple Steps

When I worked as a therapist with people who struggled with this issue of taking things personally, one of the patterns I noticed was that these people also tended to be chronic worriers.

Once I started seeing this pattern and paying more attention, I realized it wasn’t just a coincidence: Chronic worry was actually fueling people’s habit of taking things personally.

For example: I had a client once named Jamie. Jamie struggled a lot with taking things his wife said way too personally. But interestingly, it tended to only happen in the evenings and on weekdays. What we realized was that Jamie’s high-stress job triggered a pattern of chronic worry. When he got home spun up with worries and fears, he was much more likely to interpret something his wife said as threatening and aimed at him specifically because the chronic worry was priming his attention to look for threats.

So, if you struggle with chronic worry in addition to a tendency to take things too personally, it’s worth looking more closely at the chronic worry and working to address that first—and who knows… like Jamie, you might find yourself not taking things personally as a side effect of working through your chronic worry.

People who tend to take things personally often have an overly rigid cognitive style—which is psychologist-speak for they tend to tell the same stories in their head over and over again.

The more general point here is that if you want to stop taking things personally, it’s important to pay attention to your self-talk. In particular, it’s crucial that you start training yourself to be more flexible in stories you tell yourself: Consider alternative theories, take different perspectives, suggest new explanations, etc.

5. Take a rain check on your personalizing

But you don’t have to personalize immediately. And in fact, a great way to break the habit and stop taking things personally is to practice delaying your personalizing.

For example: Let’s say your son says something that you interpret as really mean. And you catch yourself going down the path of taking it personally. But then you tell yourself: You know what, I’ll spend five minutes later this evening after dinner thinking more about this. But right now I’m going to get back to playing Lego with my daughter.

The benefit of postponing your personalizing—or taking a “rain check” on it as I like to think about it—is that you break the habit of criticism leading immediately to personalizing self-talk. Also, with more time, you increase the chances that you will consider alternative explanations or just forget about it entirely.

Finally, by seriously leaving open the option of revisiting the issue later, you make it easier for your mind to let go of it and move on because it’s potentially only temporary. On the other hand, if you just try to distract yourself from a personalization, your mind will interpret this as a sign that it’s dangerous or scary and be even more likely to remind you of it.

Perspective-taking is a specific version of cognitive flexibility that involves training yourself to create alternative explanations by looking at a situation through the eyes of a different person.

One of the reasons people fall into the trap of taking things too personally is that they get stuck playing a certain role. To break out of this habit and stop taking things personally, it helps to actively construct alternative roles by trying to see the same event from a different perspective.

When you do this enough, it will start to become second nature. And when you’re in the habit of cycling through multiple perspectives or vantage points on a given event, you’ll be much less likely to get “stuck” in one perspective that leads to over-personalizing.

7. Ask for what you want assertively

Often, taking things too personally comes from being frustrated that you’re not getting something but being too afraid to ask for it.

For example, I worked with a man once who was constantly taking off-handed comments from his wife too personally. He would make a small mistake or forget something and she would respond sarcastically to it. He, then, would interpret her sarcasm as a sign that she didn’t respect him.

But it turns out that the root issue was that my client was really frustrated that his wife was so sarcastic. But he felt uncomfortable actually bringing it up in a straightforward way because he didn’t want to hurt her feelings. And from his wife’s perspective, she just thought she was being humorous and playful and had no idea that her comments were leading to so much pain in her husband.

So we worked on him learning to communicate more assertively—which means expressing yourself clearly and honestly but also in a way that’s respectful of others. And once my client became more confident in his assertive communication skills, he was able to bring up the issue with his wife and take care of it.

If you find yourself consistently taking things too personally, it’s worth asking yourself:

Is there something I want more or less of in this relationship but am afraid to ask for?

If so, it may be that your real issue is assertiveness, not taking things personally.

No matter how hard you try to stop taking things personally, if you’re surrounded by hypercritical people on a regular basis, you are going to fall into it.

In other words, it’s not all in your head. Sure, a lot of people’s tendency to take things personally has to do with their own mental habits and beliefs, but that doesn’t mean the external world has no influence on this.

They say you’re the average of the five people you spend the most time around. So how are you going to feel on a regular basis if two or three of those people are incredibly hypercritical and judgmental?

Now, obviously you can’t make someone else like a spouse or a coworker less hypercritical. But you can set better boundaries on your interactions with them.

Setting boundaries is hard. Enforcing them is even harder. But at the end of the day, living without good boundaries is even worse.

If you have to spend time around hypercritical people, your ability to stop taking things personally may come down to your ability and willingness to set better boundaries.

This one’s the flip side of the previous point…

Sometimes taking things too personally is the result of being around hypercritical people and not having healthy boundaries with them.

But other times, taking things personally comes from craving more genuinely supportive and understanding people in your life but not knowing how to get them or being afraid to.

Human beings are fundamentally social creatures. And a part of our social wiring is that we tend to learn better together:

This could be as simple as making time every week to have a phone call with a good friend who’s especially supportive and compassionate. It could also be something more involved like requesting that you be transferred to a different team or department at work.

The mistake is to assume that taking things personally is exclusively about making changes to your inner world. Sometimes improving our inner world depends on finding the courage to make changes in our outer world.

Fundamentally, taking things personally is a mental habit—a way of talking and explaining things to yourself:

This means that to break out of this habit you have to shift your thinking and attention from your automatic response (some form of negative self-talk, most likely) and onto something else that’s more productive (your work, the conversation you’re in, your kid’s baseball game, whatever).

But of course, it’s often hard to shift our attention off of something scary and onto something else. Part of the solution here is that it just takes practice disengaging from negative self-talk that leads to personalization.

It’s a lot easier to disengage from the mental habit of taking things personally when you have something else to shift your attention to that’s meaningful and enjoyable.

One of the most consistent platters I’ve observed among people who struggle with taking things personally is that they don’t have ideas, topics, projects, or passions in their lives that can serve as compelling alternatives to unhelpful thinking patterns.

This means that long-term, one of the best ways to get out of the habit of taking things personally is to make time to regularly explore and clarify your personal values and passions.

If you want to stop taking things personally, here are 10 powerful principles to get you started:

Great article! In #8: Examples, it sounds like ‘withdrawing’ is usually the best option when a boundary is crossed. Is that correct?

Tru dat. This is something I can use today!!

the article is helpful to me. Thanks a lot.

I always tell people that you want a soft heart and thick skin… not the opposite. (If we only were holding to that line of thinking last year, 2020 would’ve been so much more civil. ) 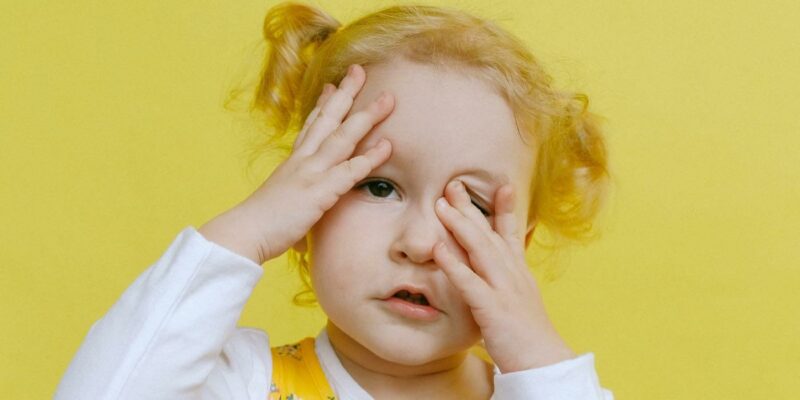 How to Be Grumpy: A Guide to Managing Grumpiness Well