Ashley has a problem: She never stops feeling guilty.

The first time she met me for therapy, Ashley told me how the biggest goal in her life was to break up with her boyfriend. “He’s a great guy,” she quickly explained, “but I guess I just don’t see much of a future with us.”

I asked how long she had been feeling this way and her answer made my jaw drop: “Three and a half years,” she replied timidly.

Before I could say anything she hurriedly explained: “I know, I know, everyone keeps telling me I need to just break up with him, but I just can’t. Each time I have another pep talk with myself and get ready to tell him, I imagine how bad he’ll feel and chicken out. I’m so stuck…”

I asked her how she imagines she’ll feel when she tells her boyfriend she wants to break up. She paused and thought for a minute, then said, “Pretty guilty, I guess.”

While Ashley’s boyfriend situation was the most pressing and dramatic example of her struggles with guilt, it was wasn’t the only one. In fact, her entire life seemed to be dominated by guilt:

Ashley suffered from a surprisingly common, but rarely diagnosed condition that I call Fake Guilt.

What is Fake Guilt, exactly?

We’ve all heard a lot about Fake News in recent years. The basic idea is that people insert untrue stories in various media channels, many people see/read it and assume it’s true, and then feel outraged/terrified/depressed/etc. and make some sort of ill-advised decision (like whom to vote for) as a result.

Fake Guilt follows a similar pattern in that we end up making decisions based on sketchy evidence. We experience Fake Guilt when we feel guilty as a result of something we’ve done, even though nothing we did was actually wrong, immoral, or otherwise unethical.

In the example above, Ashley is preemptively feeling guilty about doing something she knows is not wrong. What’s going on here?

Guilt is the feeling we experience when we do something wrong, so why would Ashley be feeling guilty even though she hasn’t done (and doesn’t plan to do) anything wrong? Why is she experiencing Fake Guilt?

Fake Guilt comes from a fear of sadness and helplessness

As a psychologist, it’s my experience that no matter how strange a person’s behavior or experience looks from the outside, there’s usually a reason for it. It might not be a reason that makes sense to me, but it usually makes sense to or is doing something for them, whether they’re aware of it or not.

So when I work with people like Ashley who tell me that they feel guilty even though they know they haven’t done anything wrong, I take them at their word. They’re as confused as anyone. And it’s my job to help them see why there might be a subtle kind of internal logic for them to feel guilty even though it doesn’t intellectually make sense.

After hearing story after story like this from client after client, here’s my diagnosis: The reason Fake Guilt shows up and sticks around so long is that we’re terrified of sadness.

When I really slowed Ashley down and had her imagine in detail what might happen if she told her boyfriend she wanted to break up, she was able to realize that there was more going on emotionally for her than just guilt. At first she noticed some fear. She was afraid that he would be hurt and in pain.

I validated for her that, yes, he would very likely feel sad. That’s how we feel when we lose something we love or that’s valuable to us.

“But what do I do about it?” She asked through her tears.

I replied, “I don’t know that there is anything we can do about it. Maybe it’s just sad and perhaps always will be, at least to some degree.”

“I just can’t stand the thought that he’ll be in so much pain and so sad and that I couldn’t help.” She said.

I asked her how that idea made her feel. “Sad,” she said. “And helpless. I hate it when I can’t make people feel better because then I just stay sad too.”

My working hypothesis with Ashley was that she was hyperextending her sense of responsibility for her boyfriend’s feelings because it helped her avoid feeling sad and helpless. If she felt responsible for how he felt, she could feel more in control of the situation.

All of us have certain emotions that are especially painful and that we try extra hard to avoid—what I call emotional kryptonite. For Ashley, sadness, helplessness, and the lack of control that goes along with it was her emotional kryptonite—the thing she dreaded most in life. So as painful as her Fake Guilt was, maintaining it made a kind of sense for her because it allowed her to avoid or alleviate an even worse set of feelings.

Now, it’s not like Ashley was aware of all this. Her emotional substitution of Fake Guilt for sadness and helplessness was a habit she learned from a young age. And as a habit, it was by definition not totally in her awareness. But it was also something she could become more aware of. And once she did become more aware of it, she could start to examine the usefulness of that habit in her present life.

We had several discussions about how that habit of doing anything to avoid helplessness may have served her well as a young child in a very stressful and even dangerous circumstance. But, like an old app on our phone that hasn’t been updated in a while, it might not be very effective in her present life, and could even be holding her back.

Over time, Ashley experimented in small ways with a new philosophy of sadness and helplessness: That maybe they weren’t dangerous, and therefore, could be experienced and tolerated rather than immediately avoided.

As Ashley became increasingly tolerant of sadness and helplessness—both in herself and the people around her—she found it far easier to make difficult decisions without the constant looming pressure of Fake Guilt hanging over her.

How to fight back against Fake Guilt

If you can at all relate to Ashley’s dilemma around Fake Guilt, I hope this story has been illuminating and a reason for optimism. It is possible to come out from under the burden of chronic fake guilt, but it does take some work.

Specifically, it takes the willingness to face up to uncomfortable emotions and increase our tolerance for them.

Here are a few ways you can begin to fight back against Fake Guilt or any other painful emotion.

In its simplest form, mindfulness means the capacity to be aware of our experience without thinking about it or reacting to it. This includes emotion. Cultivating the capacity for mindfulness will help you to observe your emotions (including Fake Guilt) non-judgmentally and realistically. And if you can do that, you set yourself up far better for understanding them and managing them effectively.

Learn More: How to Start a Mindfulness Practice

Scheduled Sadness is a counterintuitive technique for desensitizing yourself to the pain of sadness. Most of us feel doubly sad when we experience a loss because our habit is to always run away from or try to eliminate the feeling of sadness. This trains our brain to be afraid of and reactive to sadness. But, by systematically approaching and being with our sadness, we can train our brains to be more accepting of and less sensitive to sadness.

Learn More: Scheduled Sadness: Why You Should Make Time to Be Sad on Purpose

Functional Analysis is a technical-sounding term for a simple idea: Instead of judging our emotions and reactions to things from a moral perspective, it can be helpful to look at them from a mechanical perspective. Instead of saying, I hate that I feel guilty all the time, Functional Analysis means asking, What function does feeling guilty all the time serve? What’s it doing for me? When you learn to approach your own psychology like a detective instead of a jury, good things tend to happen.

Instead of treating our emotions as problems to be solved or threats to be avoided, what if we acknowledged them for what they are: a normal, if sometimes painful, part of the human experience—and as such, completely valid? In practice, Emotional Validation means acknowledging our emotions and reminding ourselves that how we feel is valid no matter how uncomfortable or painful. And then, instead of either wallowing in our negativity or demanding that it be gone, we have the willingness to get on with life however we may feel.

They say that to a hammer everything looks like a nail. Which means that to a therapist, the solution to every problem is therapy. Biases aside, I do believe that psychotherapy or counseling can be a really valuable way to explore any aspect of your psychology or behavior—including Fake Guilt—that’s bothering you in a supportive, structured way.

Learn More: Does Everyone Need Therapy?

Fake Guilt occurs when you feel guilty as a result of something you’ve done or might do, even though in no way was it wrong or unethical. Fake Guilt functions as a substitute emotion, often the result of a habit of trying to alleviate or avoid sadness, helplessness, and the lack of control they imply.

In order to move on from chronic Fake Guilt, you must be willing to face up to and increase your tolerance for difficult emotions like sadness and helplessness. Using techniques like Mindfulness, Scheduled Sadness, or Psychotherapy, you can begin to bolster our tolerance of any painful emotion, and consequently, base your actions on moving toward your values rather than away from your fears.

Hi Nick,
I like this story and your hypothesis.
I found this article when trying to find: Is there a name for acting guilty because you think someone else will think you are guilty (even though you are not guilty)? In other words, being “caught in the act” trying to hide something innocent because you imagine another person will misconstrue it.
?
Thanks

my comment, continued …
Perhaps that should be distinguished from being falsely accused and then responding. I’m asking about behaviour before any accusation. Also, I’m asking about when you are indeed doing something (it’s not false to say you were doing it), but the intent was either good or not-bad – you just knew the other person might misconstrue the intention. 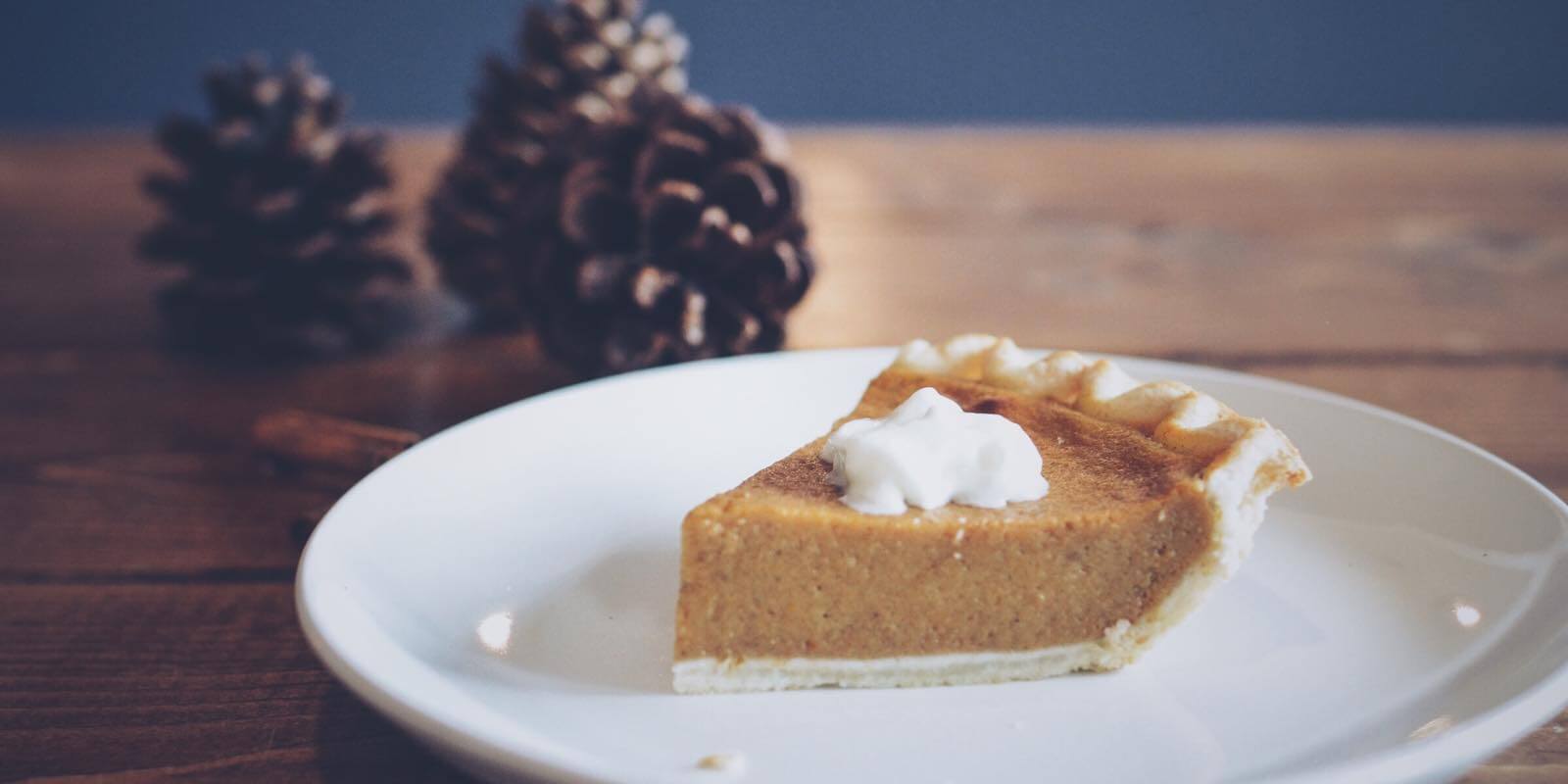 How to Practice Gratitude (Even If You’re Lazy) 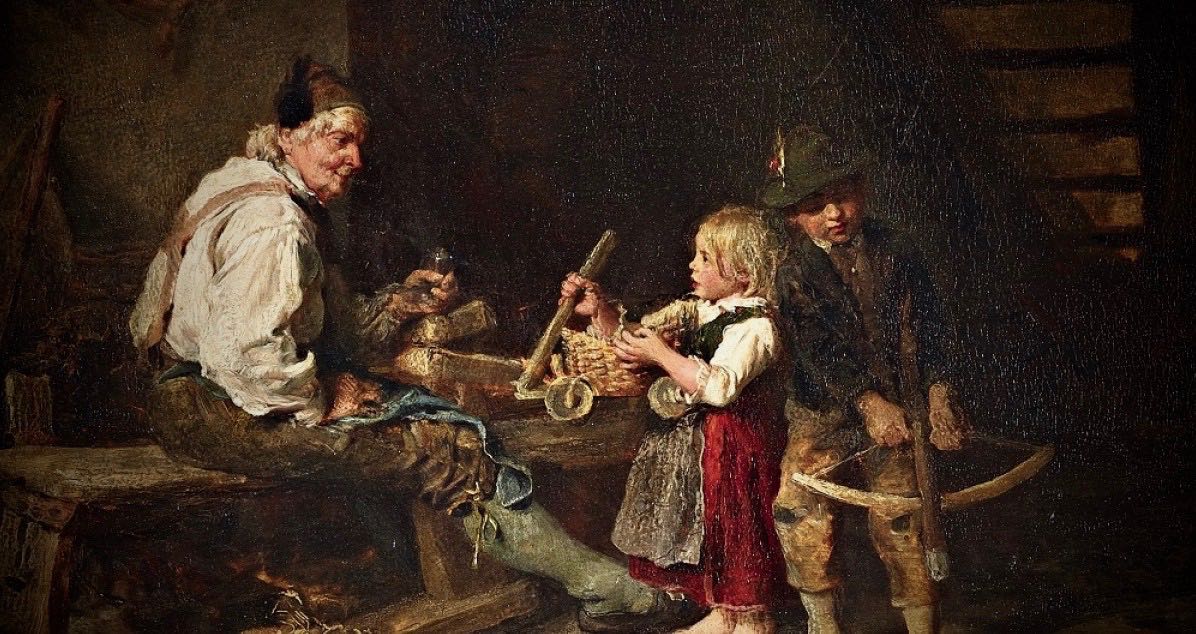 The Prophet: A Brief Review and Summary