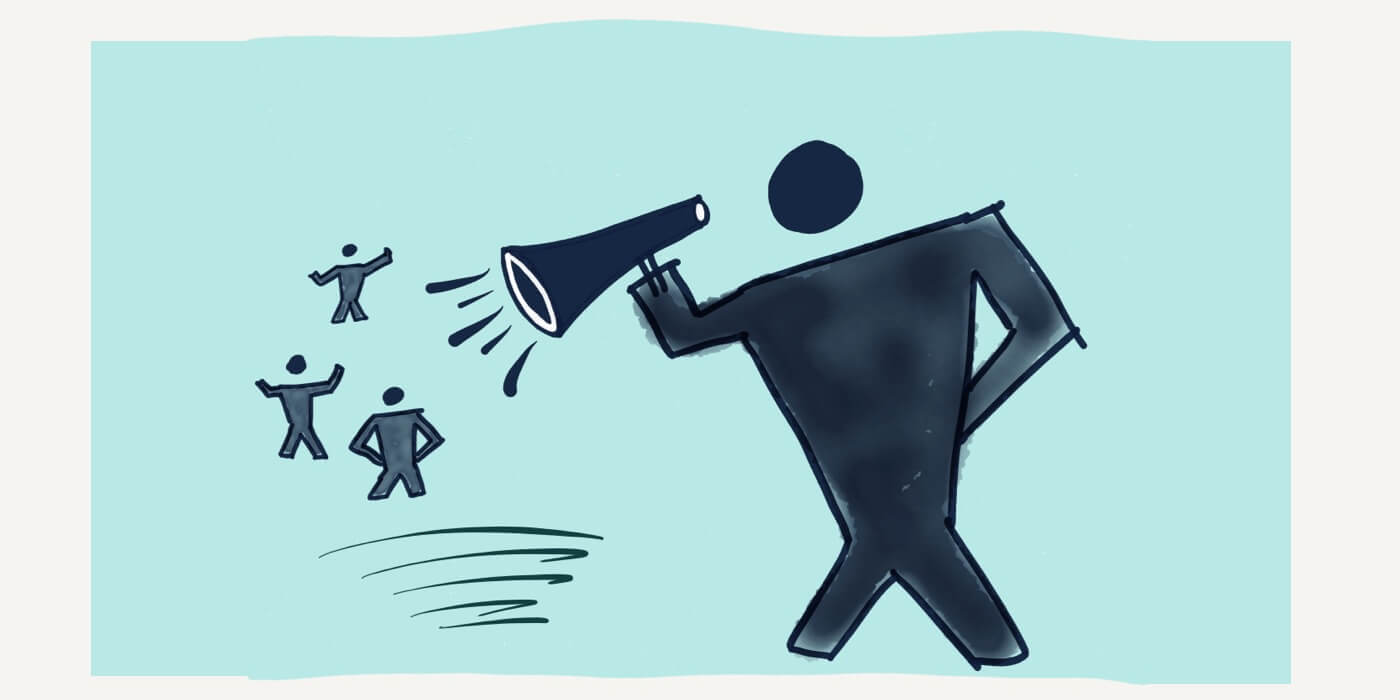 I saw a Tweet the other day that shared this finding from a newly-published research study:

People with psychopathic personality traits are more likely to take out their frustrations on innocent bystanders.

I immediately started typing out the following sarcastic reply:

Good thing some researcher is getting hundreds of thousands of dollars in taxpayer money to tell us something so profound and unintuitive!

Thankfully, I caught myself and stopped before hitting publish.

Because I spend all day hearing from my clients about the surprisingly painful psychological effects of criticism, I try hard to inhibit that impulse toward sarcasm and unhelpful criticism. And more than just resisting it, I usually try to self-reflect a bit about the urge itself and why I felt like doing it.

Here’s how that process went for me in this case…

As I was about to hit “Tweet,” I imagined what the original researcher would say if they saw my response.

Putting myself in their shoes, it wasn’t hard to think of more than a few ways perfectly good research might be misinterpreted:

By taking just a small pause and a couple minutes to reflect, it wasn’t that hard to uncover perfectly good potential counterarguments to my own off-the-cuff criticism. And that was more than enough to stop me from actually being overly critical.

But now that I had avoided the act of criticism, I was still interested in the underlying motivation:

Again, because of my work as a therapist, I know painfully well how much context matters for how we think and feel. This got me thinking about the particular context of this urge to be critical: Twitter.

From there, it wasn’t a huge leap to reflect on the fact that I’ve been feeling a little burnt out and discouraged by Twitter lately. I love the platform, but it’s an easy place to fall into unhealthy comparisons: Watching the never-ending stream of people you admire producing amazing things and making rapid progress is inspiring up to a point. But it can also be kind of crushing if you’re not careful.

In short, for the last few weeks, I’d been feeling inadequate on Twitter because I was doing too much unhelpful comparisons with my creative peers.

With that as a context, my impulse to be critical starts to make a little more sense psychologically….

Anytime we’re critical or judgmental of others, we’re also indirectly boosting our own ego:

The problem, of course, is that while criticizing others temporarily makes you feel better about yourself, it’s a false and short-lived boost to self-worth. And in the long-run, it only leads to feeling worse about yourself for being judgmental and overly critical.

In my case, the urge to criticize some random study (and the people behind it) was really all about me and my own desire to feel less inadequate about myself. By pointing out how apparently dumb a finding this was, I would be indirectly signaling my own intelligence. Which would temporarily boost my ego and alleviate some of that inadequacy.

Criticism of others is usually a defensive mechanism in disguise.

When we throw unhelpful criticism against others, it’s usually a primitive attempt to boost our own ego and alleviate some insecurity.

I think two big implications come from this:

For example, after catching myself almost being critical in that Tweet, I decided to sit down for a few minutes and come up with a Tweet that would actually be helpful and valuable to others. I came up with this, which a number of people resonated with and appreciated.

Impulsive criticism of others is like emotional fast food: It feels good for a few seconds, but quickly makes you feel a lot worse.

If you want to stop being so critical of others, look for healthier ways to improve your self-worth by doing something productive and valuable. Not only will you avoid hurting people, but you may actually help someone, and in the process, feel genuinely good about yourself.

Nick – another outstanding article. Very powerful when you write with vulnerability and explore you own self-awareness on your impulses and reactions. I’ve taken away so many nuggets from you over the years. The non-profit I co-founded teaches under-served teenagers about life skills such as empowering mindsets, self-awareness, emotional intelligence, etc. Many of your insights make their way into things we teach our students.
Thank you
Fred

Thank you, Fred! Glad some of these insights have been helpful for you guys and your good work!

How many times have I “criticized” (as it came off to the other person) when I was just curious to understand more? This is the flip side for me to criticism. In my quest to gain further knowledge I have phrased things in a way that sounded critical, judgmental, flip, mean, condescending, nosy…

This is a great reminder of the importance of “the other person’s shoes” point you make. Slightly more hesitance, a moment’s more thought, asking myself one more question, before I comment… these are the ways I can be clearer about my intentions and my motives.

Thank you for this reminder and process of better communication.

Thanks for this amazing article. I really needed to read that.

On point! Counting how often I criticize others in a non-constructive way is a good measure for my self-reflection. If I count a high number, I have to check in with myself. It makes me take care of myself as well as of others. This article contributed nicely to my way of thinking and surely inspired many others as well!

Yup! And I like the idea of taking time to “check in with myself”—not to self-judgmental!

I feel like criticizing this lol
….
Thanks a lot …I struggle with criticism

Nick,
Thank you for speaking to an impulse and to a defense. I have done this. I like that you turned it into an opportunity for growth and change. I’m grateful for the reminder. You have blessed me with the a choice to break an unhealthy habit and to practice a better one.

I am a horrible critic of the actions of others partially due to my OCD and to my PTSD from childhood and marital abuse. I am working through it and this article has given me additional insight into ways to stop, take a breath, and reflect before letting loose with a scathing comment or reaction. Thank you!

There are really two separate problems here. #1 being critical of others (which you addressed very well) and #2 the inadequacy of twitter as a means of intelligent communication. I have no hope of any resolution of problem #2.
Cheers, GG

Hey Nick, always looking forward to Mondays and to your newsletter!
Three things come to mind:
1). A cultural component. What’s our background? Having been raised in Eastern Europe, I have this really harsh belittling criticism with cussing as my first reaction, believe it or not, LOL! I still struggle with it, 30 years later, and put so much conscious effort to stop myself.
2). On top of that, being a private teacher, I had to train myself how to provide that criticism in an uplifting, encouraging, and constructive manner, while making sure I DO get my point across. Trust me, that wasn’t an easy process to master.
3). This one is obvious, but I still wanted to point it out: resisting to boost your own ego is a REALLY difficult thing to do. I feel, though, there’s something deeper, possibly on the instinctive level that pushes us to do that. What do you think?
Absolutely love your work!
Miss Irene

Thank you for the article!
When I sometimes catch myself criticizing, I notice that in fact I’m just saying something like “People! I’m more valuable, please notice me. I’m the one doing the “right thing” for a while, I should be the one getting the reward.”

Sadly, popularity doesn’t always correlate with value. But doesn’t mean You’re inadequate Nick. Your material is some of the best on the internet! But it will never be as popular as a cute cat video. What can ya do 😸

I’ve been reading your articles for a long time but never comment. Nick, you never disappoint. So glad I subscribed to your newsletter.

Super interesting article. As a teacher, though, I’m always giving feedback on work and/or classroom behavior. Even though I see what I do as constructive criticism, sometimes the kids see it as being picked on. How do you know when criticism is being caused by your own insecurities and when it’s necessary or appropriate?

Really interesting Nick – and food for thought – Thank You

You are right about everything you said, I might have done that alot of time in the past. I discover it will make people hate the more

Nick – thank you for yet another great article! It just made me stop and think of the reason why am I so apt to criticise my new colleague and I see how my own insecurity about the situation made me want to let it out on her.

This article came just on time. I recently figured out that cause of my most irritation is being so critical of myself and others. I can really use your article to help me work on myself. Thanks so much.

Nick, I am very grateful for your article. I have heard it said that lessons learned well become teachers for life. Well, I see you as an instrument to that end! How fortunate we are.
Many thanks!

Thanks, Nick. My favorite part was “emotional fast food”! I’ll remember that…hopefully at a peak moment.

YOU have literally spoke my mind with this article Nick. I’ve also been working on myself with the same topic, and I have grown so much with addressing all the unnecessary involuntary criticism. This mental shift was so important.
And you have absolutely helped me validate so many of my own thoughts and beliefs. My journey started exactly like yours, and I have even tried to address this is similar manner, this is crazyyy!!! So glad I stumped upon this article. Thank you Nick 🙂 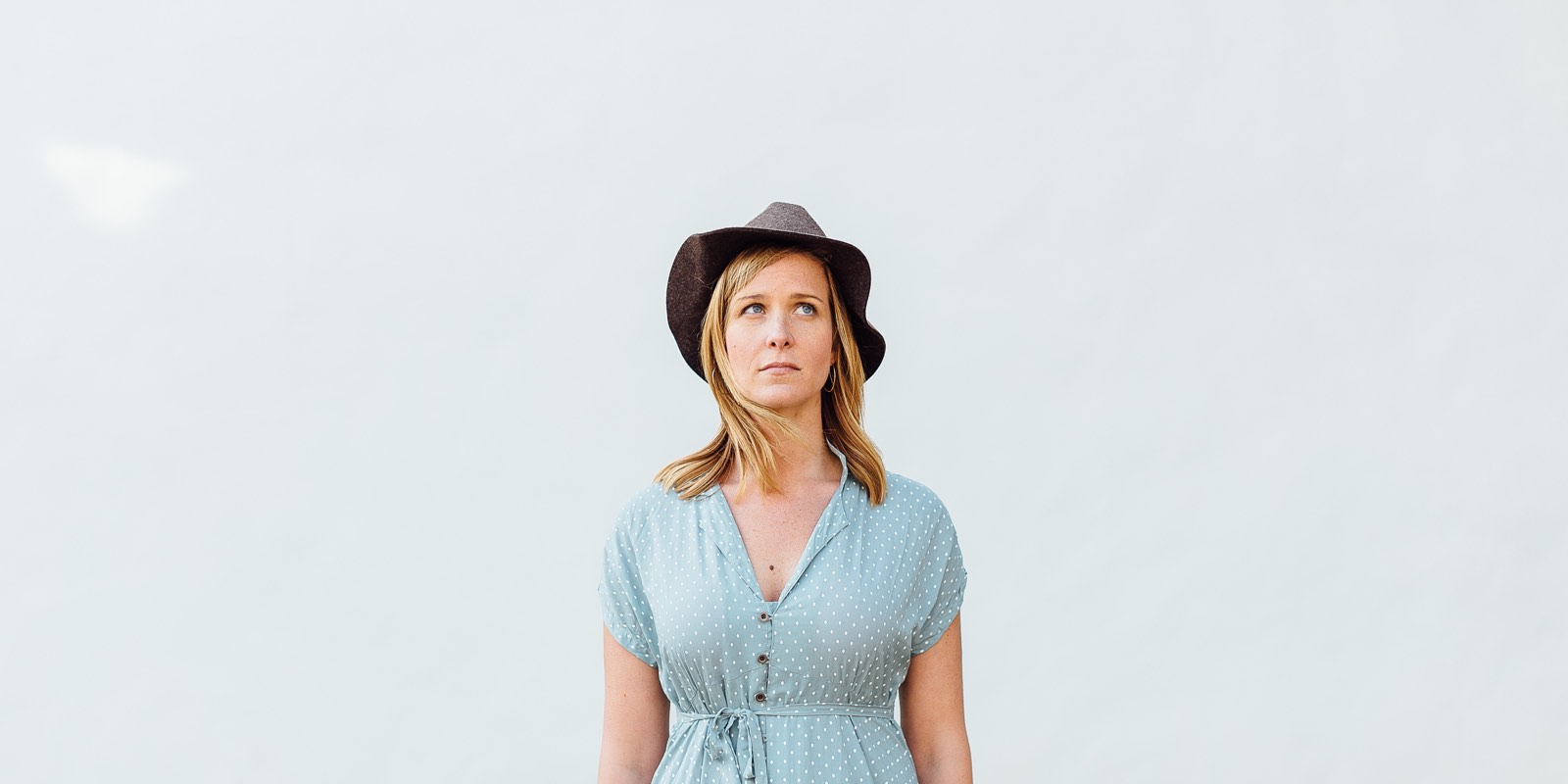 Why We Worry (and How to Stop) 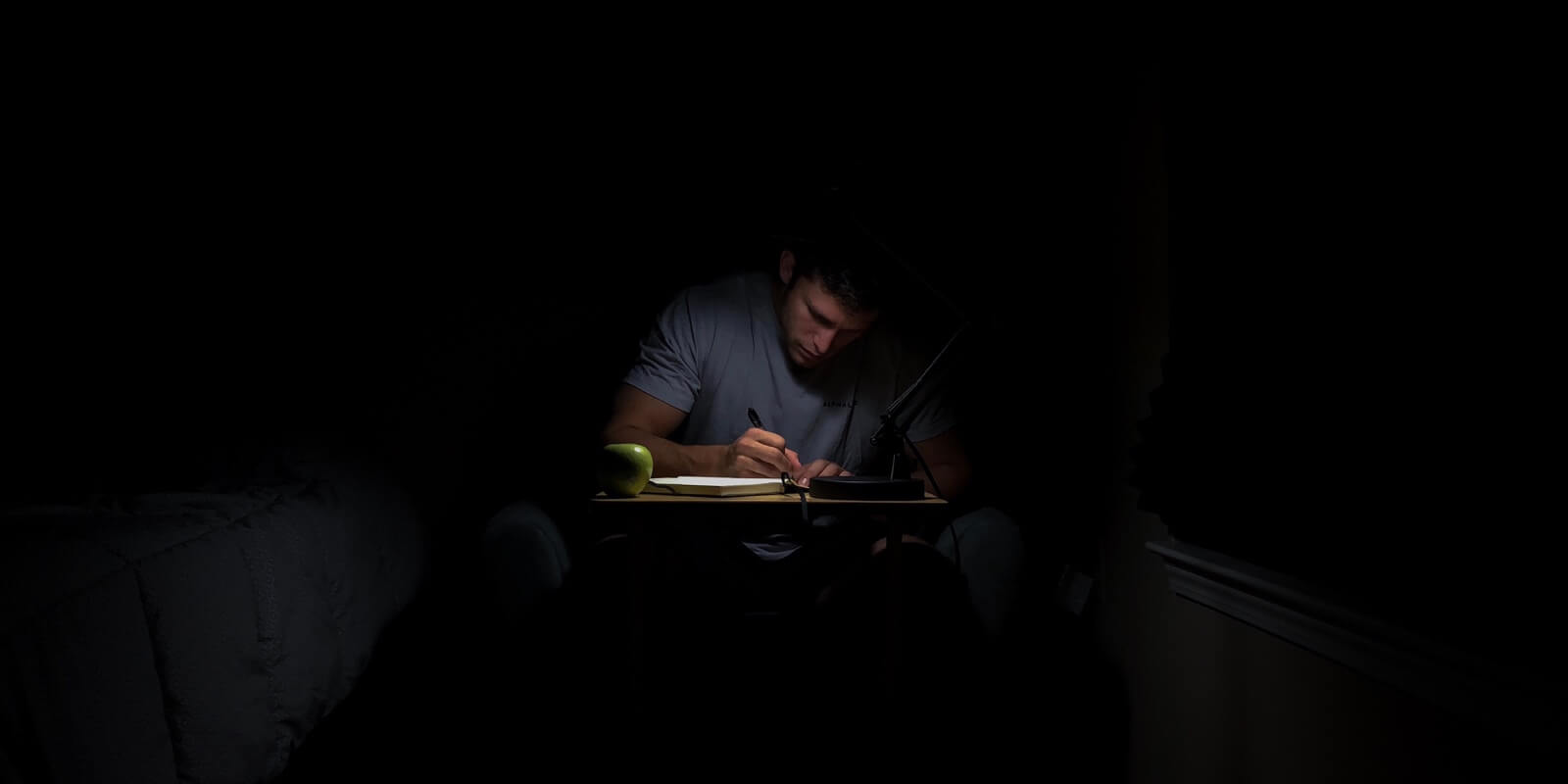 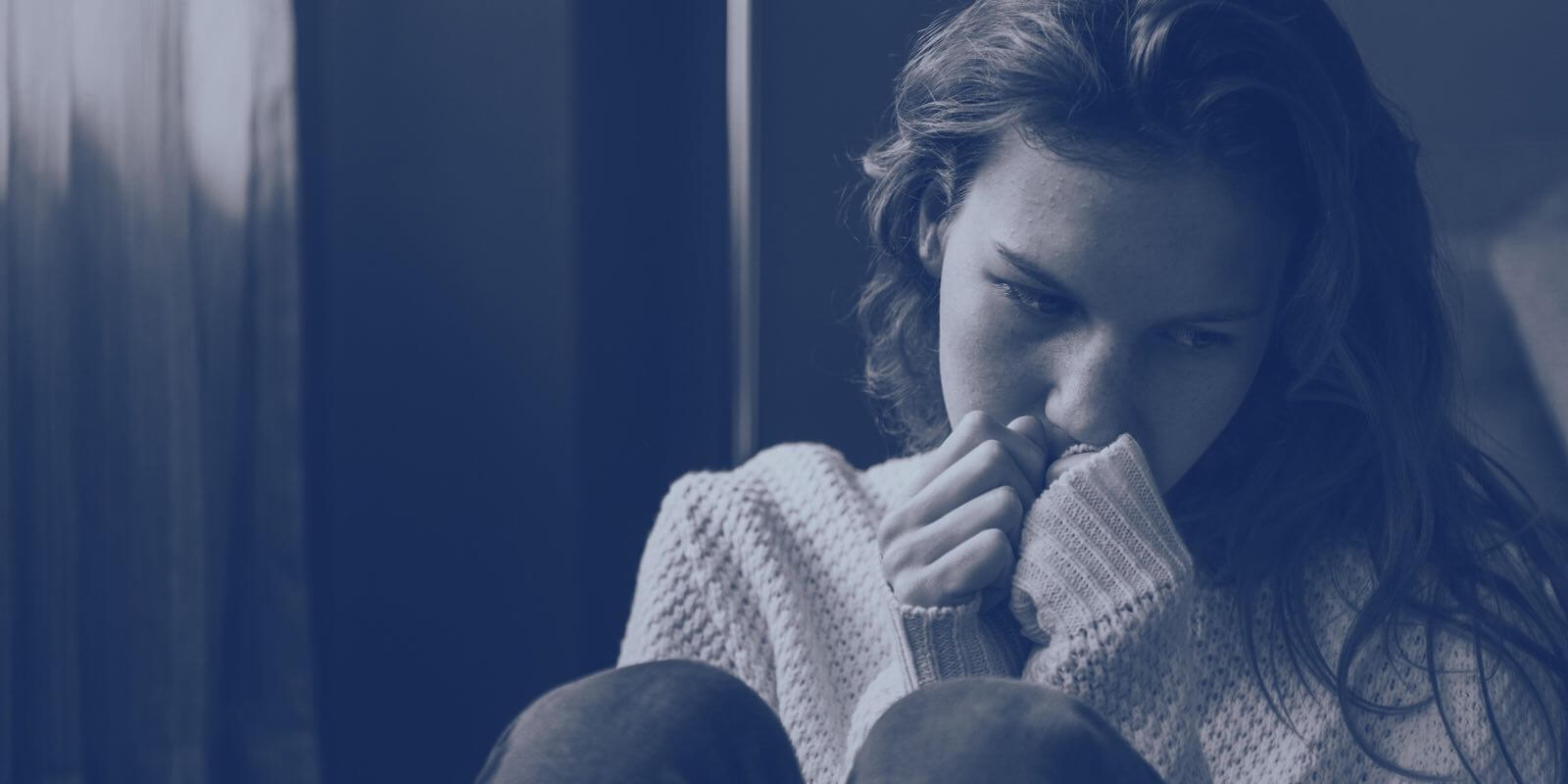 The Unhappiness Trap: Do All Unhappy People Share a Common Trait?

The Problem with Positive Thinking