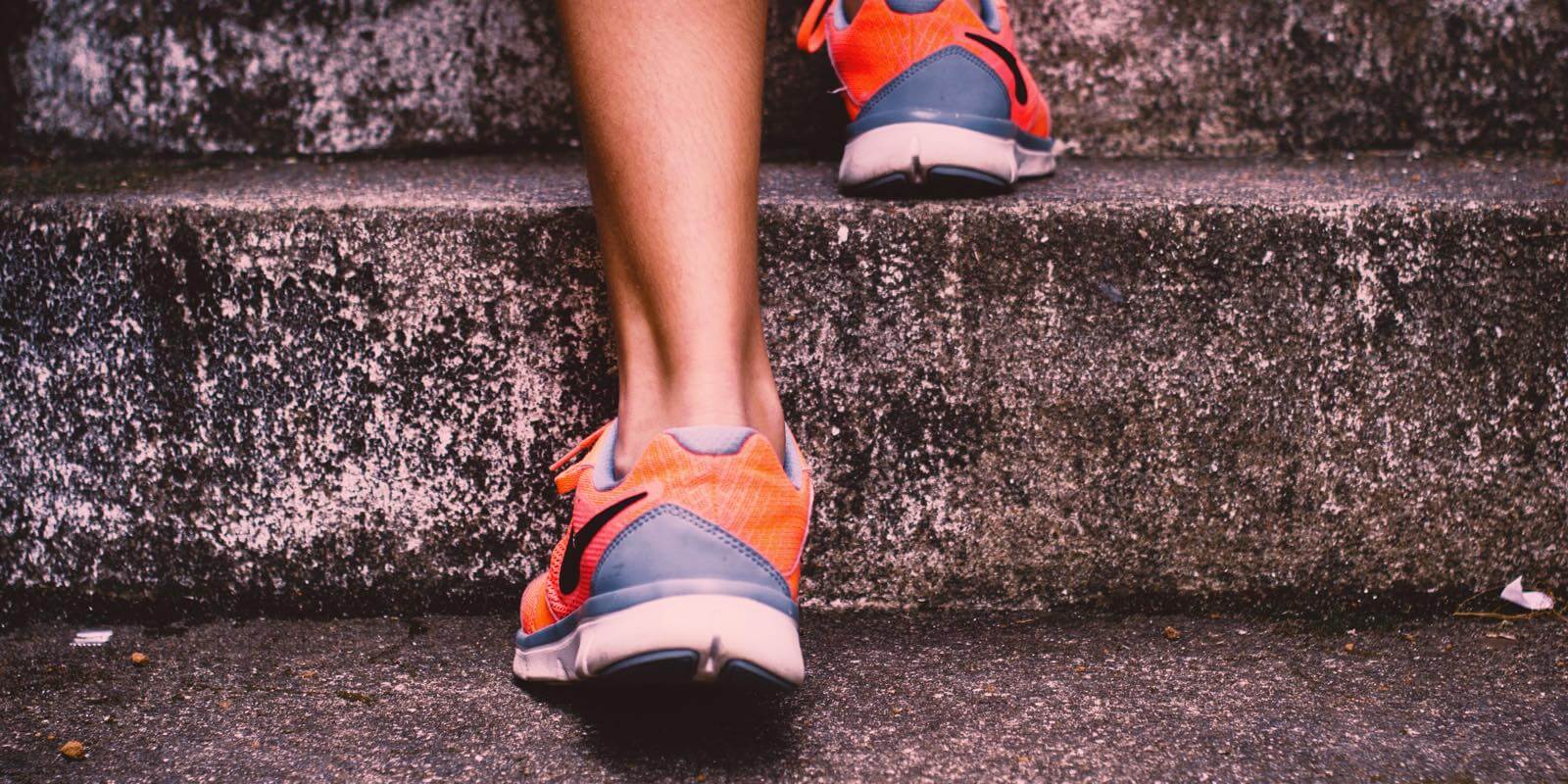 As a therapist, I get to witness a lot of New Year’s Resolution mistakes first hand.

In this article, I’ll briefly describe three of the most common psychological pitfalls people tend to fall into when setting and working on their New Year’s resolutions and goals more generally.

If you can learn to see and avoid just these three mistakes, you’ll be far more likely to succeed with your goals and resolutions in the long-term.

Mistake #1: We’re not very good at reminding ourselves of what progress really looks like.

Most of us tend to think of progress as a straight line: 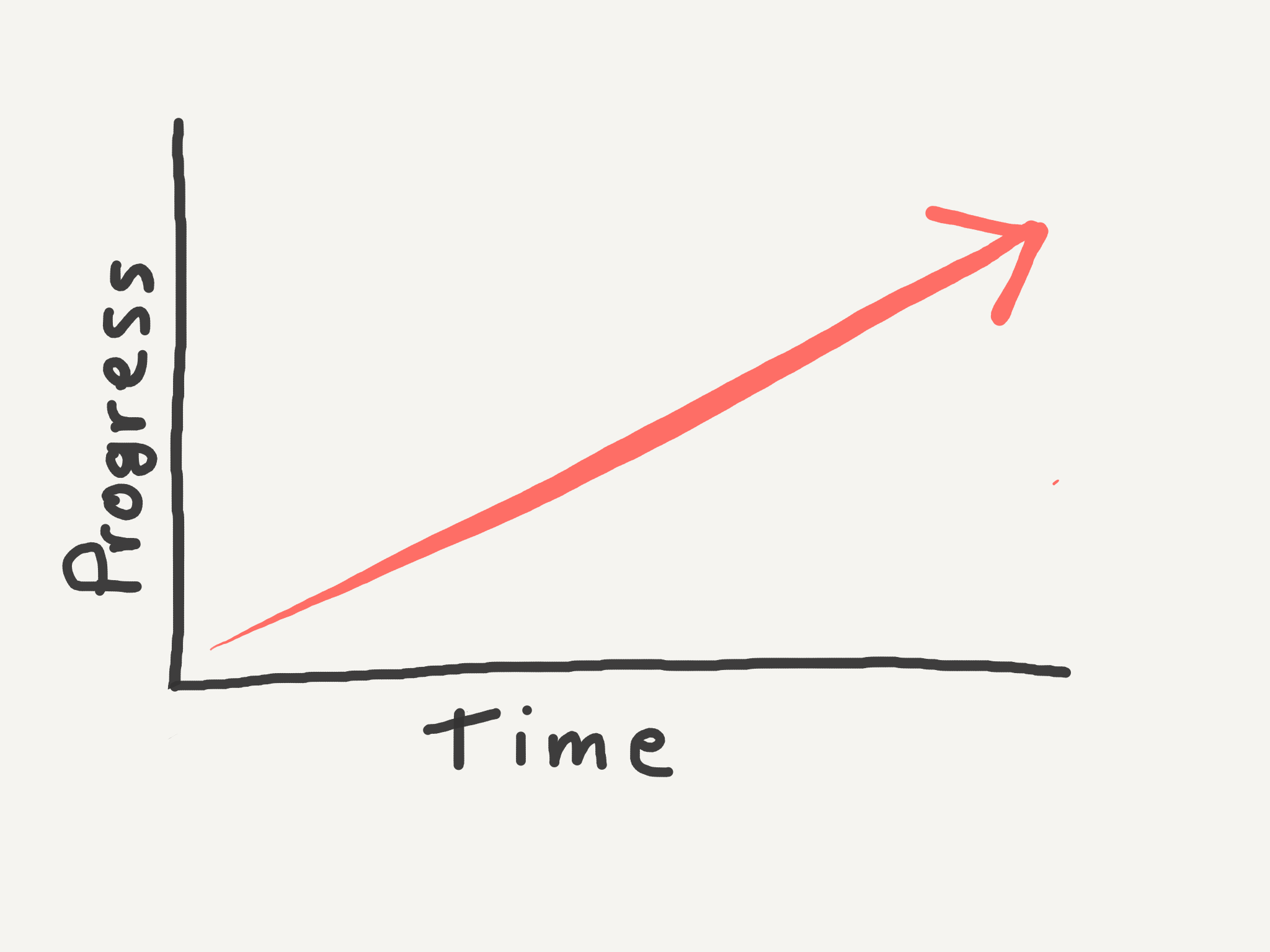 But this is a cartoon, an idealized abstraction. And thinking about our new year’s resolutions and goals like this can actually cause us to fail at them.

When we routinely imagine that our progress should look like a straight line, and then compare our own less-than-ideal version with it, we are going to feel a lot of negative emotion (shame, embarrassment, fear, frustration, etc.) which will make it that much harder to persevere.

Instead, what if we got in the habit of looking at our progress a little more realistically and comparing it to a more realistic standard?

I think if we actually detailed what progress looks like for any significant endeavor—whether it’s losing weight, learning guitar, or saving for retirement—the picture probably looks closer to something like this: 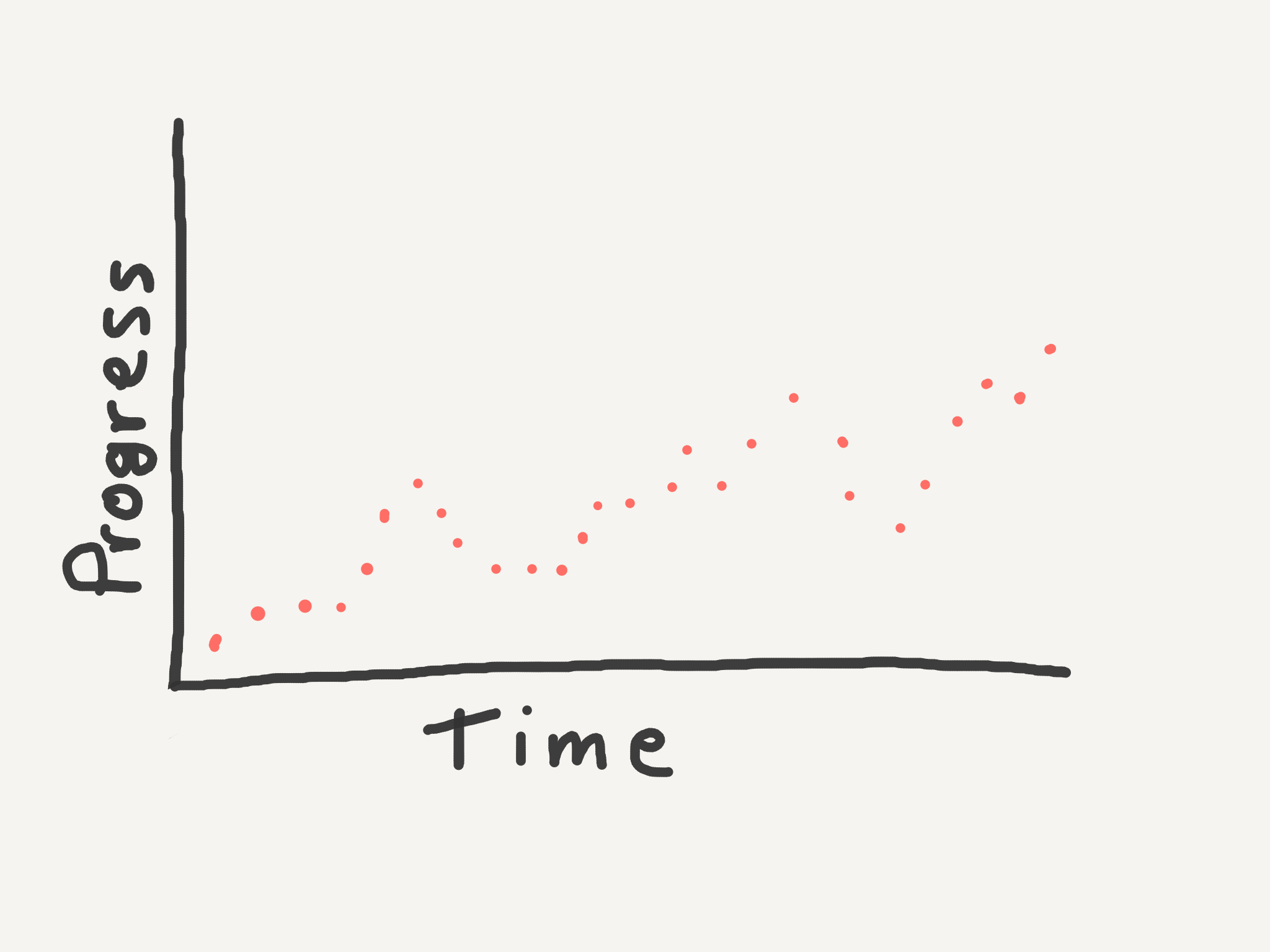 One of the best things we can do to create a more realistic standard for progress is to spend more time reading biographies and having real conversations with people and less time on social media.

Good biographies, like good conversation, tend to paint realistic (i.e. messy) pictures of how people both failed and achieved progress.

Social media, on the other hand, is full of people showing off only the best, most idealized versions of themselves, which encourages our unhelpful habit of thinking our own progress should be nice and clean.

Mistake #2: We’re not very good at “zooming out” on our progress when we stumble.

A practical application that comes directly from learning to see the messy nature of progress more clearly is the art of zooming in and out on our progress.

While we’re working at something, it’s often good advice to keep our heads down and focus on the one or two tasks at hand or right in front of us. In other words, to stay zoomed in on our progress.

But, if we start struggling or fail to make significant progress for a while, this zoomed in perspective can make things look a lot worse than they really are: 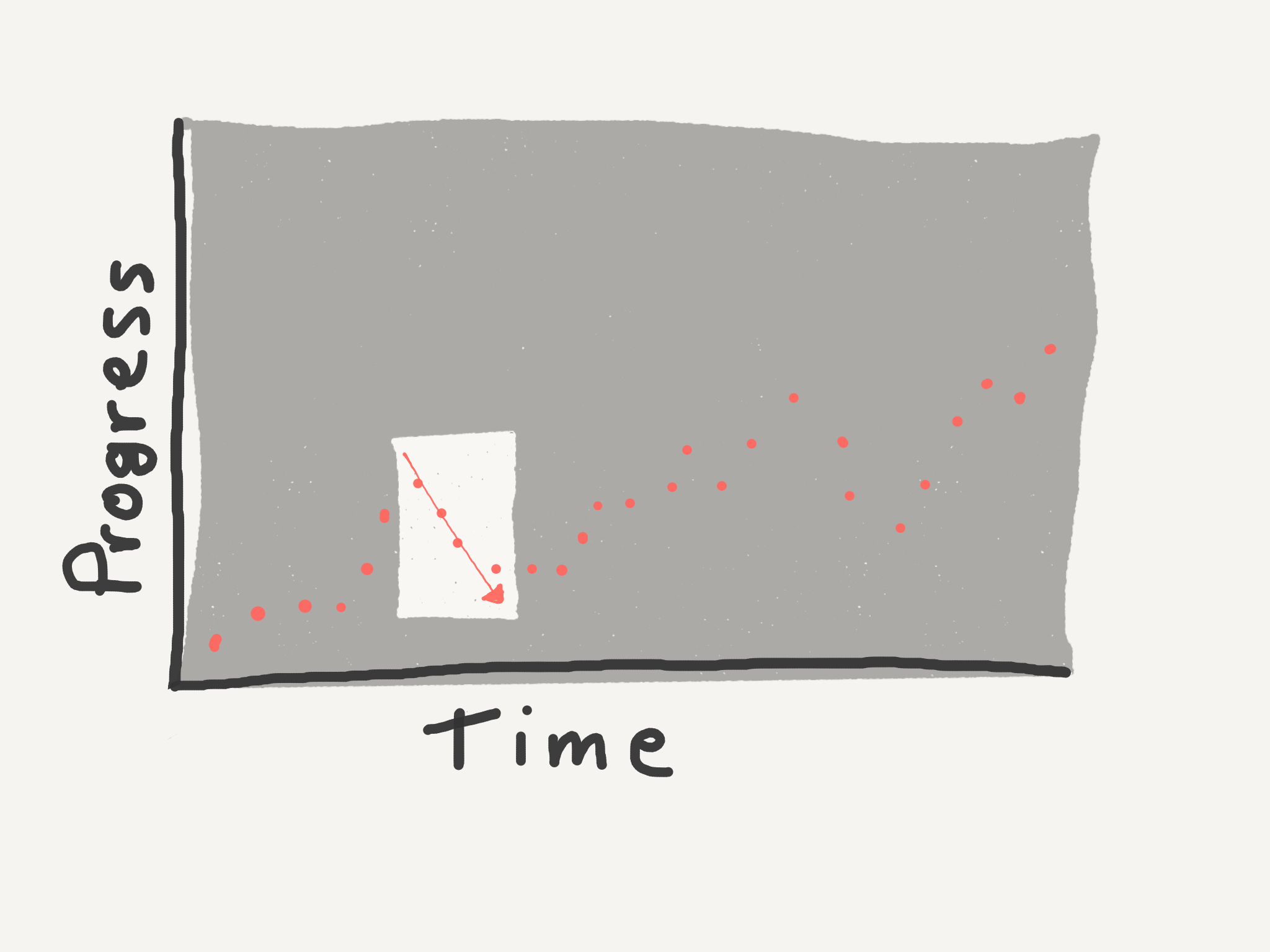 Instead, we need to build the habit of zooming out on progress when we falter or stagnate, reminding ourselves that it’s normal to experience dips and plateaus, and that the overall trend line of our progress (which we can only see when our perspective is zoomed out) is a much better indicator of progress than a zoomed in one that uses only one or a small set of data points. 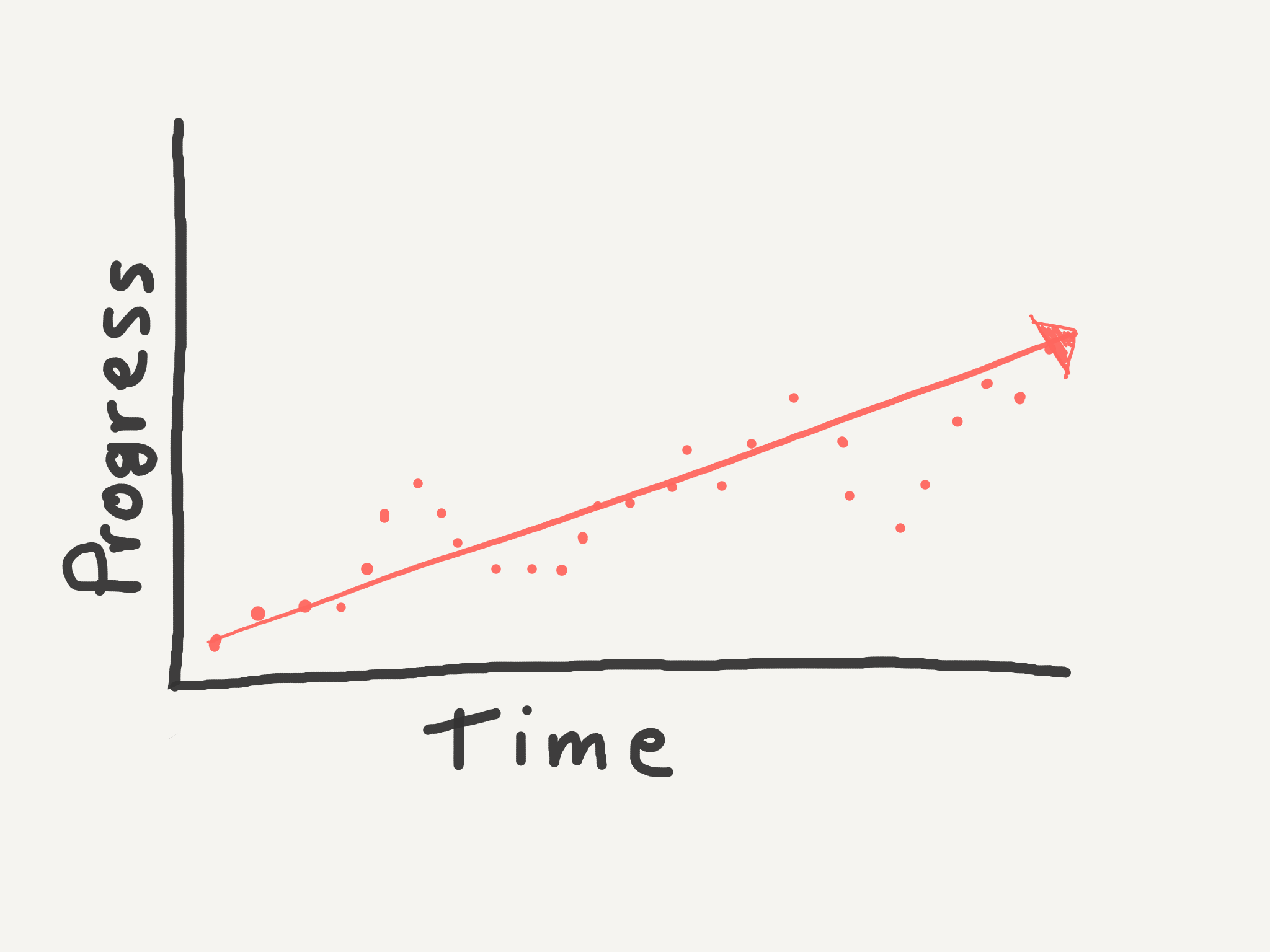 Get in the habit of meticulously tracking your progress.

There’s no way to actually zoom out on your progress if you’re not keeping track of it somehow.

If I had to single out one factor that consistently predicts people sticking with their goals, it would be having a reliable method for tracking progress. Personally, I like The Seinfeld Method.

Mistake #3: We confuse leading and lagging indicators of progress.

A lagging indicator, on the other hand, is an event or piece of information that follows or confirms a past event. The number of unemployment filings is often a lagging indicator that the economy is weakening.

It’s useful to apply the idea of leading and lagging indicators to progress in personal growth, but only if we do it correctly.

The first mistake I see most people make in this respect is that they use how we feel as a leading indicator of progress. Most commonly, they take feeling badly as evidence that they’re not making progress.

Psychologists, by the way, call this emotional reasoning—using how we feel as evidence for the nature of ourselves, the world, or the future.

How we feel is almost always a lagging not leading indicator. Which brings us to the other mistake we make with indicators of progress…

In other words, feeling good doesn’t usually happen before or during progress, it tends to happen after we’ve already started to make some progress.

Before setting out on a new goal or resolution, spend 10 or 15 minutes deliberately thinking through genuine leading and lagging indicators of progress.

Come up with a list for each of the factors you think would realistically predict future progress and confirm past progress.

If you’re having trouble, ask someone you know who’s successfully achieved the same or a similar goal.

There are three common mistakes we make with our goals and New Year’s resolutions:

To avoid these mistakes and increase your odds of sticking with your New Year’s resolutions and goals, remember to: 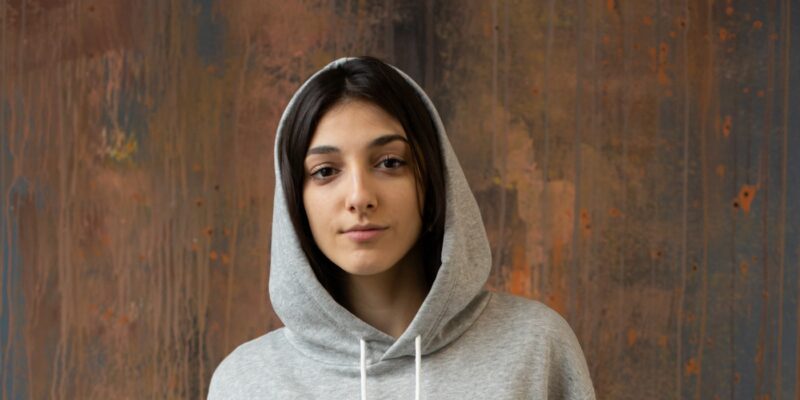 7 Ways to Stop Anxiety Before It Starts 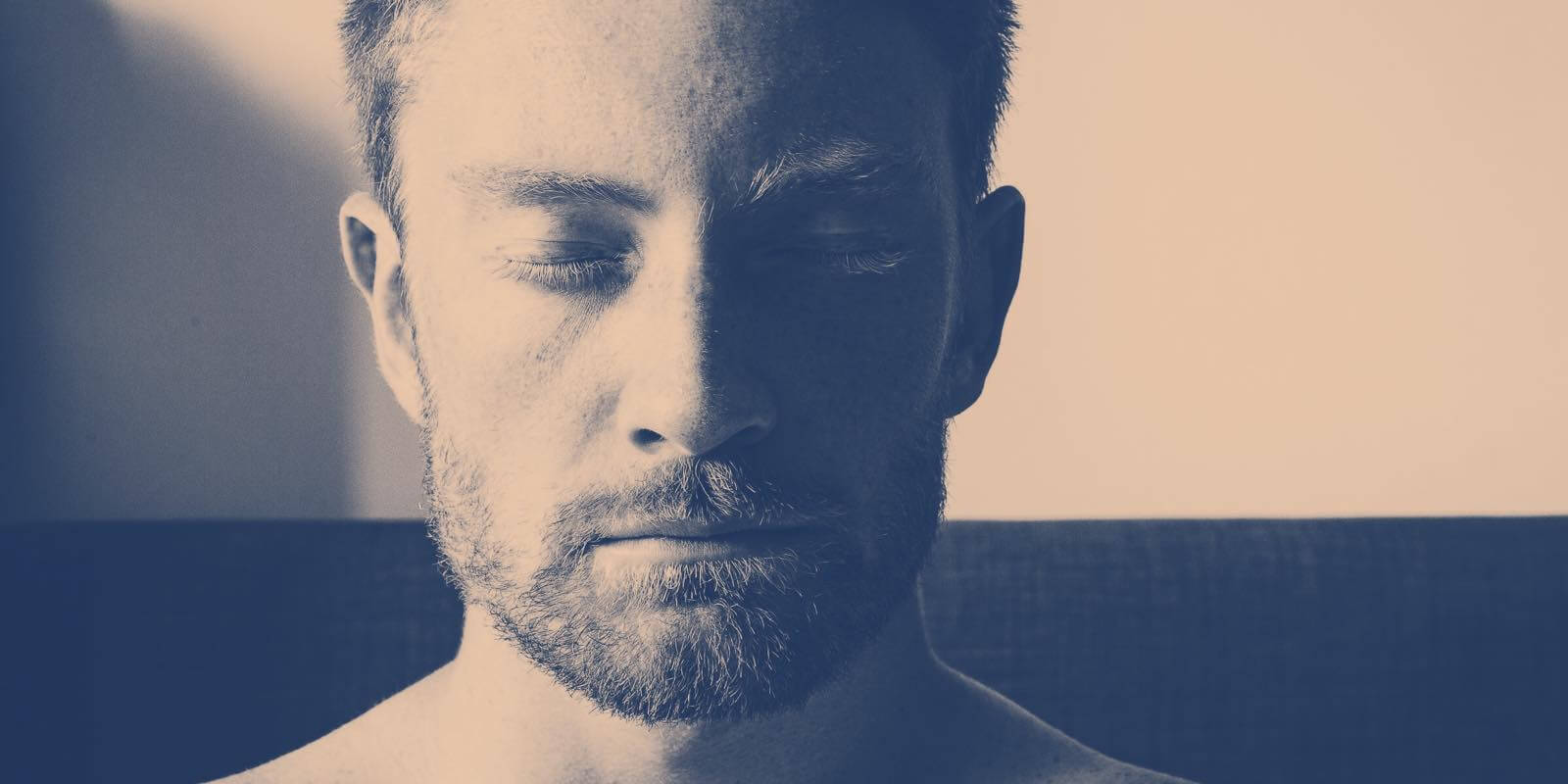 15 Proven Mindfulness Benefits According to Research 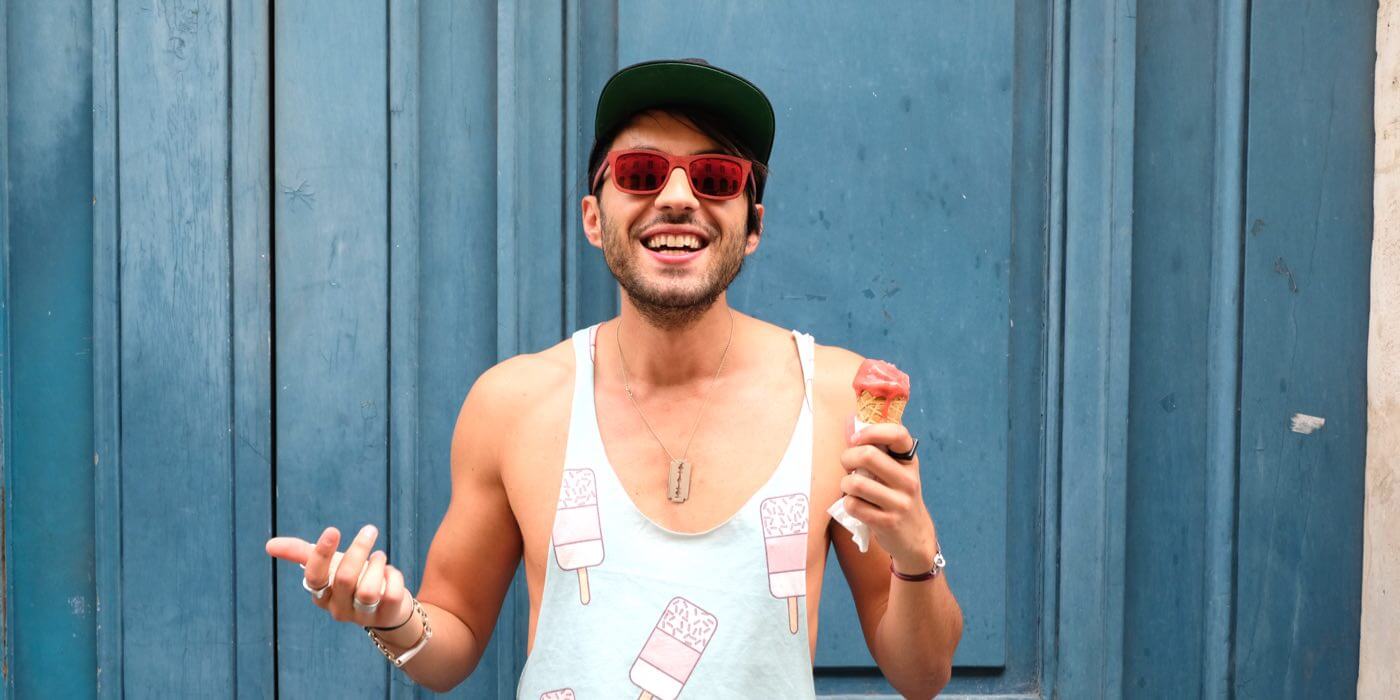