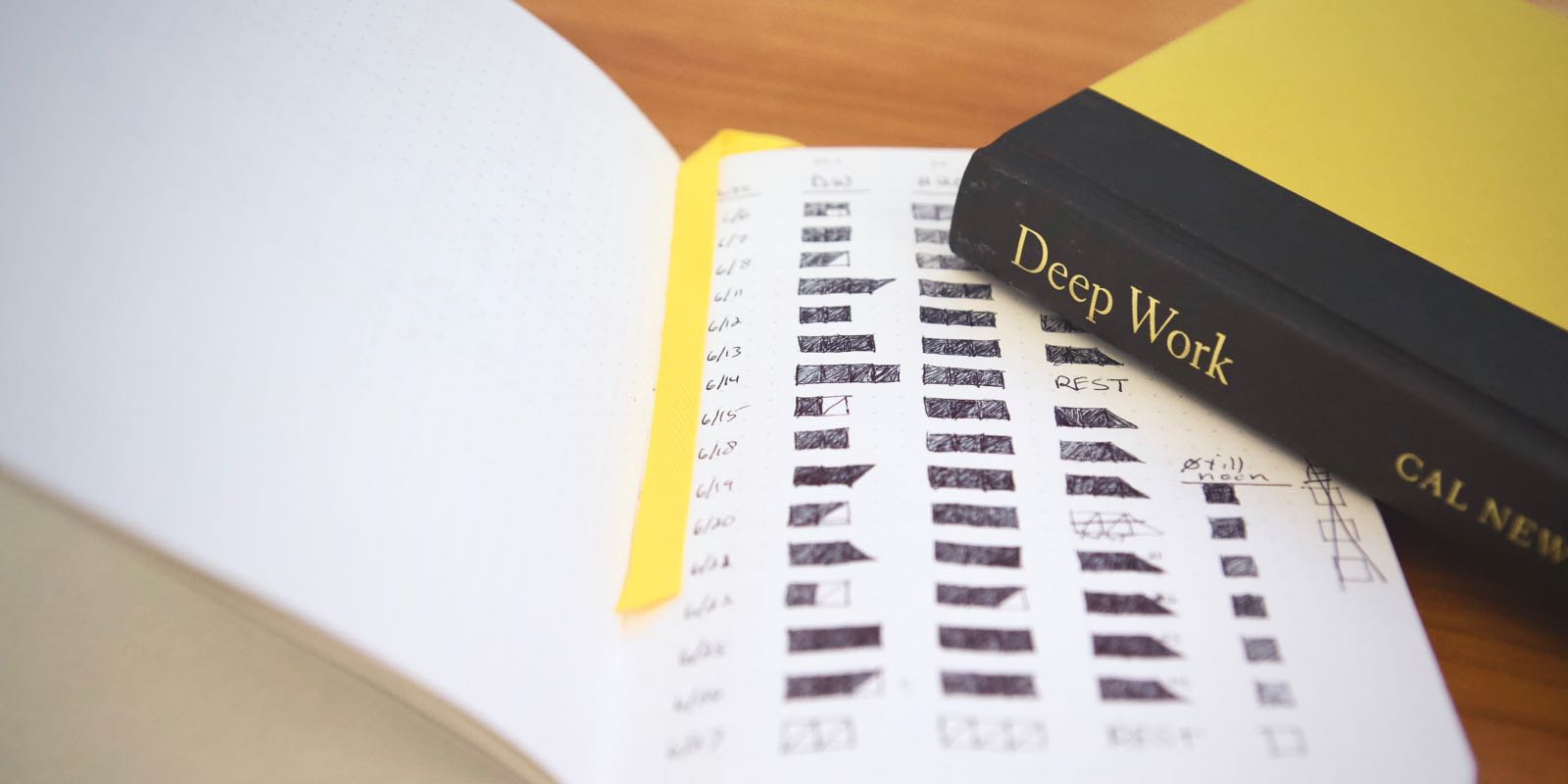 For a long time, I only gave my blog sporadic attention. Inspiration would strike occasionally and I’d crank out a frenzied (and sloppy) post. But then it might be weeks or months before I wrote anything again.

On the logistical side, this obviously leads to problems. My blog and writing were not growing as I imagined they would. In fact, outside of a handful of friends and family, I wasn’t building much of an audience at all. The views and subscriber rate was a trickle at best.

The obvious discrepancy between my ambition and reality was harsh.

On the personal side, I was also feeling bad about myself for not closing this gap. I knew it was unrealistic to expect my blog to magically grow with minimal and inconsistent effort. And I also knew that I was a good—or at least competent—writer and had important and valuable things to say.

But every day that my blog didn’t make traction, I was forced to accept the uncomfortable truth that I was responsible. And that if I wanted things to change, I needed to change.

So there I was, a talented-enough writer with big ambitions and goals, faced with an increasingly stark choice: Write or get off the pot.

Fortunately, two important ideas I knew about but had never taken serious action toward resurfaced in my life at the same time.

And while neither one on its own had stuck with me in the past, the combination of the two was exactly what I needed to finally get unstuck and on track with my writing habit.

The Call of Deep Work

As soon as I finished the final page, I knew I had just finished one of the most important books I’d ever read.

Cal Newport’s Deep Work is a kind of manifesto for work in the digital age. In it, he argues that most knowledge workers today increasingly spend their working lives doing relatively superficial, mundane work that is neither personally satisfying nor genuinely productive.

The antidote is what he calls Deep Work, a form of work “performed in a state of distraction-free concentration that push[es] your cognitive capabilities to their limit. These efforts create new value, improve your skill, and are hard to replicate.”

I realized that I needed to develop and build my capacity to seriously focus for sustained periods of time if I was going to write successfully.

Writing well is a demanding task. For me, anyway, it takes a lot of effort and time to put together even a relatively brief piece that’s compelling and valuable.

What’s more, many of the ideas I want to write about are fairly complex. Which is tricky given that I want to write them in such a way that’s accessible for most people.

In order to write successfully, then, I needed to bring my full mental abilities and skills to bear on it. And I knew deep work was the solution.

But as is so often the case, knowledge, insight, and even enthusiasm were not enough. For almost a full year, I sat on the idea of deep work, knowing it was exactly what I needed for my writing but failed to put it into practice.

I’d crank out a few deep work writing sessions from time to time, but I lacked consistency. I couldn’t seem to find the habit of deep work.

Seinfeld to the Rescue

In the fall of 2017, I had just finished re-reading Deep Work and was newly encouraged to start using it as a framework for getting my blog going.

I had used the deep work techniques intermittently over the summer to finally get my book written and self-published. But I knew that to build an audience and get traction with my blog, writing occasionally and in bursts wouldn’t cut it—I needed to do it consistently, ideally every week.

Fortunately, in the middle of a therapy session one day, I re-discovered an old idea that would prove to be just what I needed to kickstart a consistent habit of deep work writing.

I was working with a client who was having trouble following through on his commitment to exercise regularly. Like me and my writing, he would get motivated to do it sporadically but knew that what he needed was more consistency.

As we were brainstorming ways to increase his consistency, I remembered an idea I learned about years ago… The Seinfeld Method

The article describes the advice a software developer named Brad Isaac got from Jerry Seinfeld himself for how to stay motivated to consistently produce good work.

This is the technique that Seinfeld used himself to consistently produce material for his comedy act and tv show:

He told me to get a big wall calendar that has a whole year on one page and hang it on a prominent wall. The next step was to get a big red magic marker.

He said for each day that I do my task of writing, I get to put a big red X over that day. “After a few days you’ll have a chain. Just keep at it and the chain will grow longer every day. You’ll like seeing that chain, especially when you get a few weeks under your belt. Your only job next is to not break the chain.”

“Don’t break the chain,” he said again for emphasis.

When I first learned about The Seinfeld Method, I used it pretty successfully to establish some small daily habits like flossing and gratitude journaling. But over the years it had fallen by the wayside for me.

But after implementing it with my client last fall to pretty successful effect, I decided to try it out with my own struggle to be more consistent with my deep work writing.

While I was cautiously optimistic at the outset, the results have been transformative so far…

As Seinfeld’s original description above indicates, the traditional way to do the Seinfeld Method involves crossing off days in a calendar, preferably a big yearly one, each time you successfully complete your daily task or habit.

But I’m a minimalist at heart, so the idea of a huge yearly calendar hogging space on my desk or plastered all over my nice clean wall was a turn-off. Instead, I bought a fancy, over-priced journal and created my own calendar in it instead (see the photo above).

On the first page, I create a column titled “Date.” Below it, I simply list the days of the current month. Then I create another column next to it titled “DW” (Deep Work). Sometimes that’s the only column I have, but more recently I’ve added a few other small habits I’m trying to establish as columns next to that.

In the individual cells (intersection of columns and rows), I draw a series of small squares at the start of every day. For my deep work writing habit, each square represents an hour of deep work.

I try to do deep work in hour-long bursts. But sometimes I go for half an hour or 90 minutes, so I draw a diagonal line through each square as well to account for this.

After completing a deep work burst, I open up my journal and fill in my little square or triangle.

These days I try to get in two hours of deep work writing per day, but occasionally I am able to do more so I always leave some extra space in my DW column to allow for this.

As a result of applying the Seinfeld Method to My deep work writing habit, I’ve written for at least an hour every weekday morning for the past 9 months almost without exception.

After a little back of the envelope math, I figure I’ve easily written over 100,000 words in that stretch of time. Which has resulted in over 40 full-length articles and 2 ebooks.

But most importantly, it means that I’ve published a new article every single week: Deep Work + The Seinfeld Method = consistent writing habit.

Why The Seinfeld Method Works (for me)

There are all sorts of commitment devices and techniques for initiating and maintaining habits. Here are a few thoughts on why I think The Seinfeld Method, in particular, was so helpful for me in terms of establishing a consistent habit of deep work writing and why it may be useful to you in whatever habit you’re working to establish.

To wrap up, here are the most important points we covered:

Thanks for an excellent write up, can you expand more on Deep work conceptually, with an example maybe.

Thanks, Santosh! The idea behind deep work is that you bring your full mental powers to bear on a problem for an extended period of time without distraction. It’s similar to a flow state where you’re so absorbed in a task that you even lose track of time.

If you’re at all curious, I can’t recommend the book enough. It’s been literally life changing for me and how I work!

Thanks Nick Wignall, my short-story blog has been lagging also and I also know the problem is nothing other than me but after reading your write-up, I will try to find the book and read and also work on my deep work skills. Thank you

Yes, give it a shot! Completely changed the way I work/write!!

That you for sharing this experience Im on my first
Month my girlfriend reads a lot of quora I didn’t knw the method was called the seinfield method keep writing. I promise to keep at too.

Glad it was helpful!! 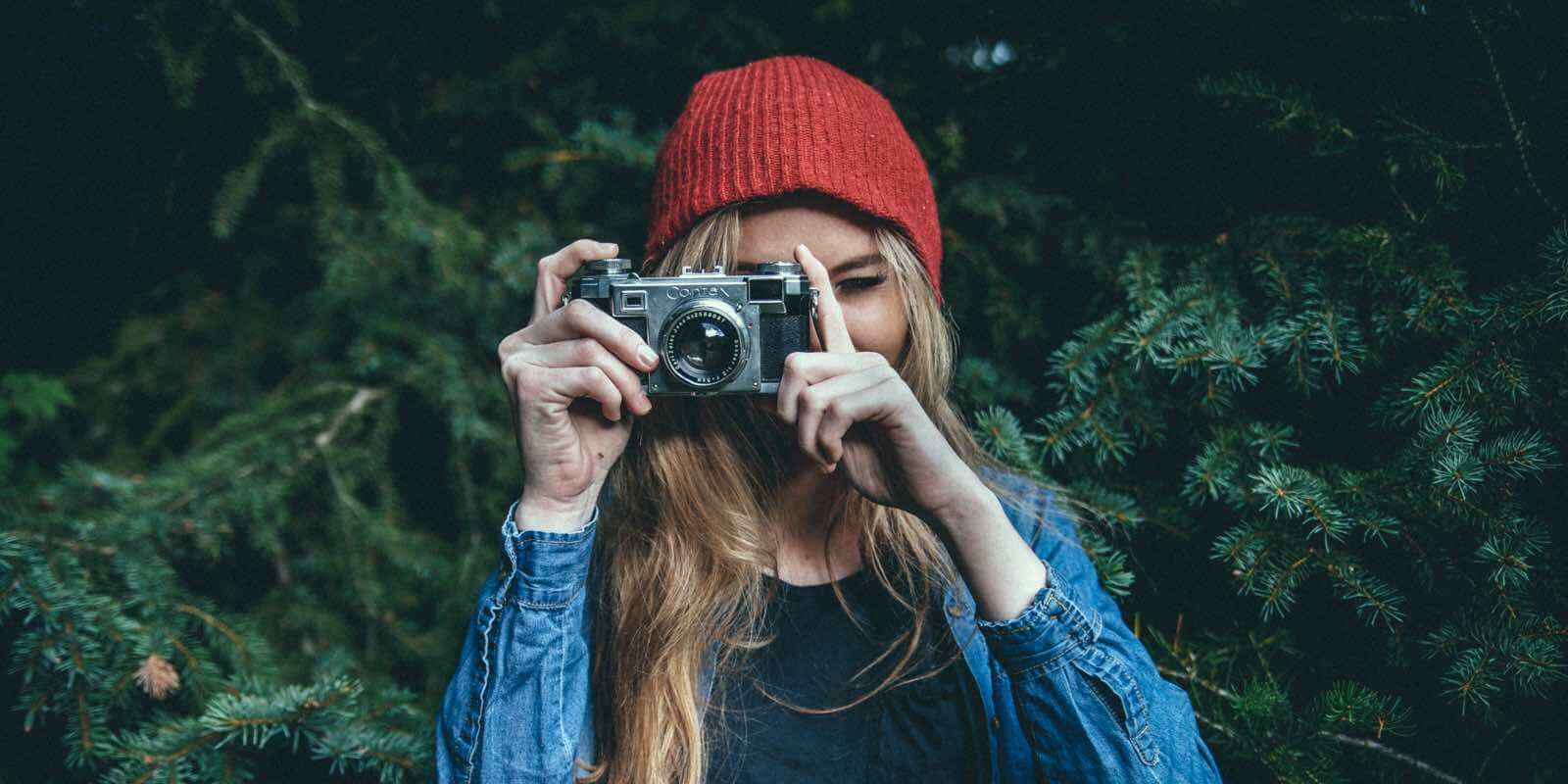 How to Find a Side Project You’re Passionate About 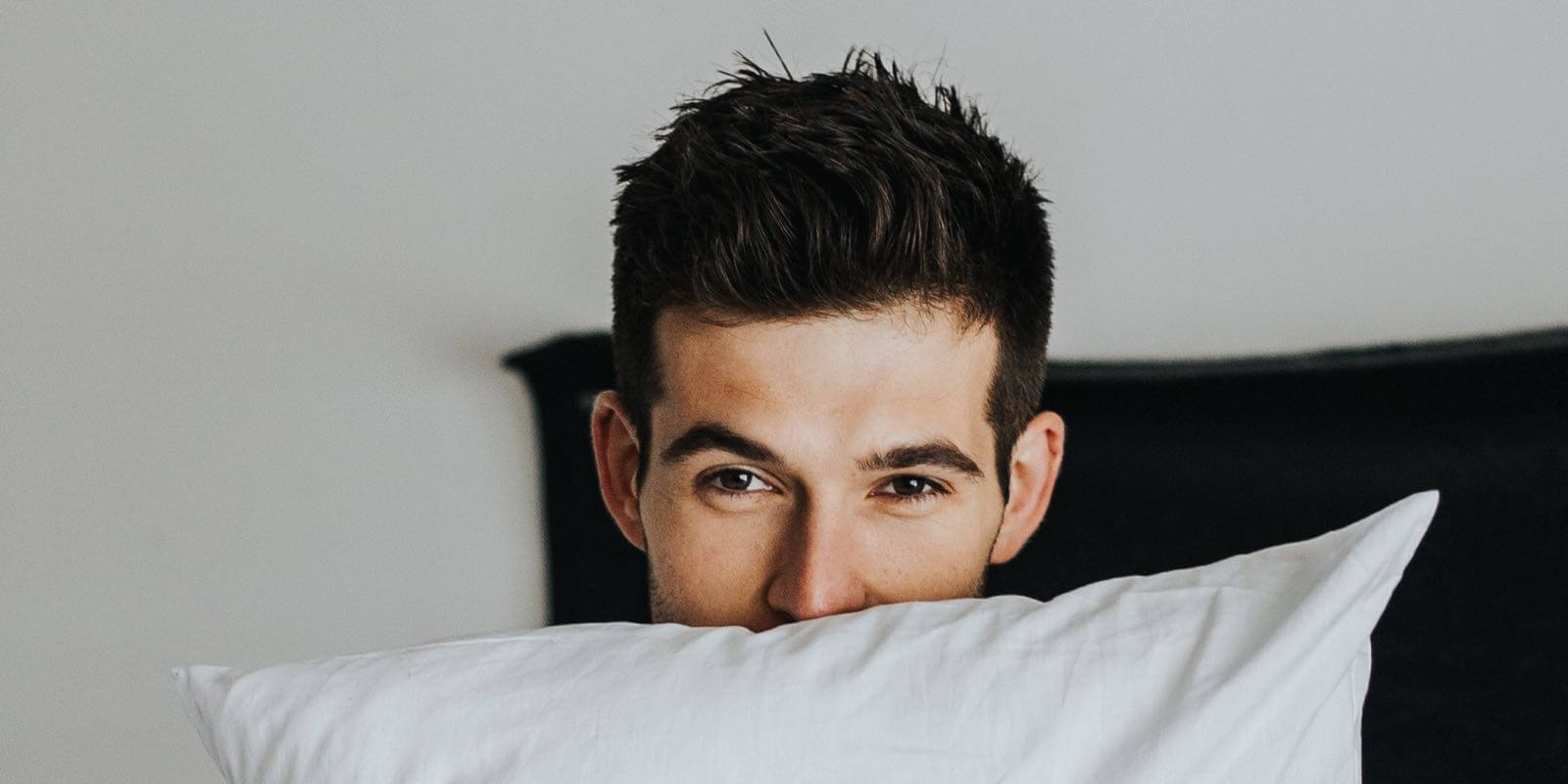 How to Sleep Well Before a Big Day 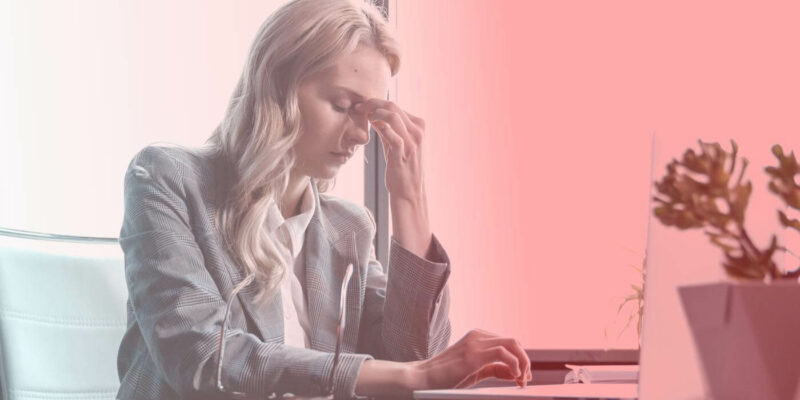 How to Deal with Burnout at Work 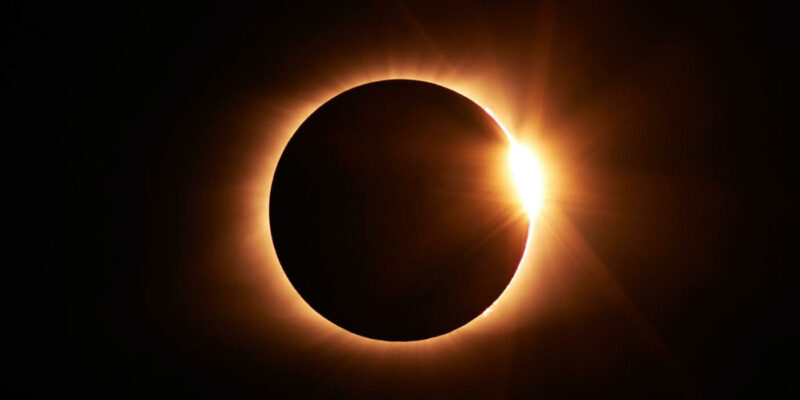 Emotional Kryptonite: The Feeling You’re Most Afraid to Feel