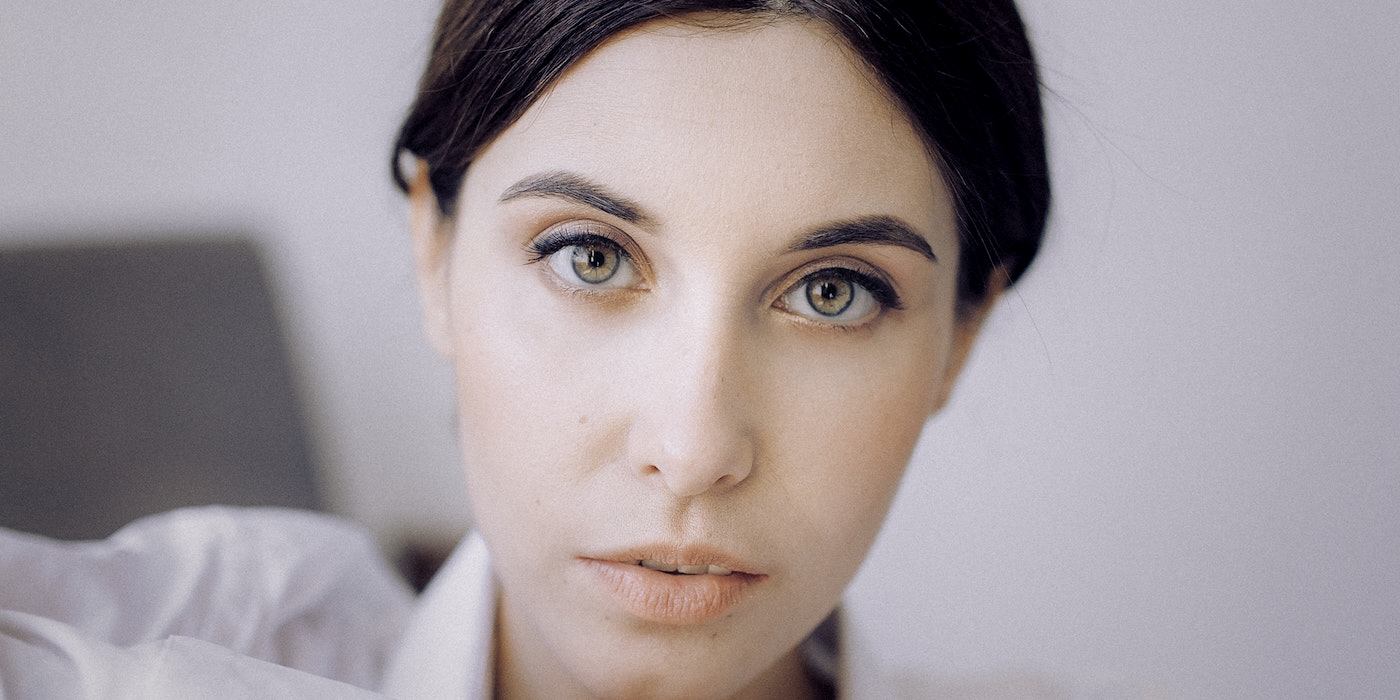 If you want to feel better, you need to understand how your feelings actually work.

Unfortunately, most people assume emotional intelligence is either something you’re born with or something you discover suddenly after reading a great book or listening to some wise advice.

But in reality, it’s neither…

Emotional intelligence comes from experience and habits—what you do or don’t do on a regular basis.

What follows are four habits of emotionally intelligent people. Build them into your own life and watch your emotional intelligence rise.

1. Talk about your emotions plainly

When was the last time you heard an adult say: I’m really angry right now or, I feel sad?

Even when I worked as a therapist, I was surprised how infrequently people used plain emotion words to describe how they felt.

On the other hand, if you spend any time at all around little kids, you’ll hear plenty of emotion words… I’m mad because Sophie hit me! or, I’m sad. We didn’t get recess today because it was raining.

See, as adults, most of us get in the habit of intellectualizing our difficult emotions—we substitute more conceptual or metaphorical language when describing how we feel…

But stressed isn’t an emotion. Stress is a physiological reaction in your body. Similarly, down isn’t an emotion, it’s a metaphor. Hurt is an idea that encompasses a wide variety of emotions and thoughts.

And while there’s nothing necessarily wrong with using these words to describe yourself, it’s very easy to get in the habit of using them as a way to avoid being honest about how you really feel…

Difficult emotions like sadness and anger hurt. But they hurt a little less when we avoid talking about them directly. So many of us get addicted to using vague, intellectual language when describing how we feel—both to others, but even worse, to ourselves!

The reason this is a problem is because like most forms of avoidance (and addiction) what feels good now ends up making you feel much worse later.

See, when you avoid difficult emotions you teach your brain that they’re bad or dangerous. So even though you get some temporary relief in the moment, the next time that emotion arises, you’re going to feel fear or shame on top of the initial emotion.

Emotionally intelligent people talk about how they feel in simple, honest language. If they’re sad, they say I’m sad. If they’re angry, they say I feel angry.

Because in addition to not making these emotions bigger and more painful through avoidance, talking about your emotions in plain language helps you understand them better and become more self-aware.

If you want to improve your emotional intelligence, start by training yourself to talk about your emotions like a six-year-old and use simple, straightforward words for how you feel.

2. Schedule some alone time with your mind

Here’s a subtle but important distinction when it comes to emotional intelligence:

Emotional intelligence is less about the facts you know about how the brain works, and more about your relationship with your own mind and the understanding that results.

Think about the best relationships in your life—could be a spouse, a sibling, or a best friend… How did you come to really understand this person?

It’s probably not because you made them take a personality test when you first met and then studied the results!

Instead, you got to know them on a deep level because you spent time with them…

The point is this:

You only get to know another person deeply by making time to be together with them. And the same thing goes for getting to know yourself!

If you want to improve your emotional intelligence you need to make time to be alone with your own mind—to sit with your thoughts and beliefs, to contemplate your moods and emotions, to ponder your hopes, dreams, and expectations.

There are all sorts of ways to do this…

Commit to spending a little quality time with your own mind and you’ll be amazed at what you learn.

3. Be curious about bad moods, not judgmental

Have you ever realized you were grumpy and then immediately started criticizing yourself for feeling grumpy?

Or found yourself irritated with someone only to immediately start judging yourself for being irritated?

It’s a tragic quirk of human nature that our immediate reaction to feeling bad is to beat ourselves up for feeling bad.

The tendency to be judgmental of our bad moods has at least two negative consequences:

Emotionally intelligent people are curious about bad moods and difficult emotions, not judgmental.

The next time you find yourself in a bad mood, try hitting the pause button on your habit of judgment and criticism, and instead, ask yourself a few simple questions:

If you want to become more emotionally intelligent, break the habit of judging your moods and emotions and build a new habit of being curious about them.

Learn More: 4 Questions That Will Improve Your Emotional Intelligence

The point is other people affect us a lot. And they especially affect us in terms of our goals and our motivation to follow-through on them.

So, if you want to understand your emotions better and become more skilled at managing them well, it makes sense that we ought to think carefully about the people we spend our time around.

If you spend a lot of time around emotionally immature people, it’s going to be difficult to improve your own emotional intelligence and skill.

On the other hand, if you make it a point to spend more time around people who have a healthy relationship with their emotions and value things like self-awareness and emotional intelligence your chances of growing in those areas increase substantially.

If you pay attention to people who have a high degree of emotional intelligence and maturity, one pattern you’ll notice is that they are intentional about minimizing the time they spend around emotionally immature people because they know that type of thing rubs off.

Of course, this doesn’t mean they’re judgmental of those people or simply cut them out of their lives entirely (although in some cases this may be necessary)—instead, it means they’re willing and able to set healthy boundaries.

They say you’re the average of the five people you spend the most time around. So ask yourself this:

Of the adults I interact with most often throughout the day, how emotionally mature are they?

The answer may scare you a bit if you’re honest with yourself. But that’s good. Discomfort is often the fuel we need to make big changes for the better.

If you want to be more emotionally intelligent, spend less time with the people who pull you away from that goal and more time with people who inspire you toward it.

What if the emotionally immature people are your parents and family members?

I totally see your point. Have a husband who is EI and separating is not an option for several reasons. It’s an immense hurdle – how does one make progress and find happiness?

It’s an hard situation I’m living with … so many years I tempt to be with and without a toxic mother … I’m 50 years old and still searching a way to survive. I can’t go away as I want me to be a “good boy” and my sens of honor wants me to be there, on the other hand spending time with her just kills me ….

Hi Nick love your articles
Thank You so much for sharing.

Thank you for the great article! But I’m emotionally immature person. I’m open to change.

This article really hit home, I am glad I took the time to read it.

Thanks for the great article. I have spent time examining my feelings and asking “why do I feel this way?” and it has really helped me understand myself better and grow in emotional maturity. It takes set aside, intentional time.

i love all your posts. so clearly written and always gets to the heart of the matter!

Thank you for this wonderful information. I have been on the medium app for a year now and it has been eye opening for me! This last year I have learned so much about myself, the stories the education of how are brain works the writers,,,,all has gotten me through one of the toughest and saddest time in my life. I love reading the articles on philosophy, psychology, personal stories of people like me and how they are able to change. It has made me a better person in all aspects of my life and has taught me you can change and for the better! I’m still on this journey to never stop learning about the knowledge of self improvement and realization to make life worth living and being kinder to the ones we can’t change and being kinder to ourselves. So thank you thank you thank you to all who contribute their experiences their knowledge their kindness for free it still blows my mind!!
And for real answers to problems I couldn’t figure out WTF I was doing or why am I a asshole, I could go on and on but I will leave it at that. Just know it works for me and has improved me, my life, the way I speak and react! Just Wow.! People notice people have complimented my change in behavior., I always tell them about medium and the wonderful writers (aka) scholars that share some of the best help anyone can read.. 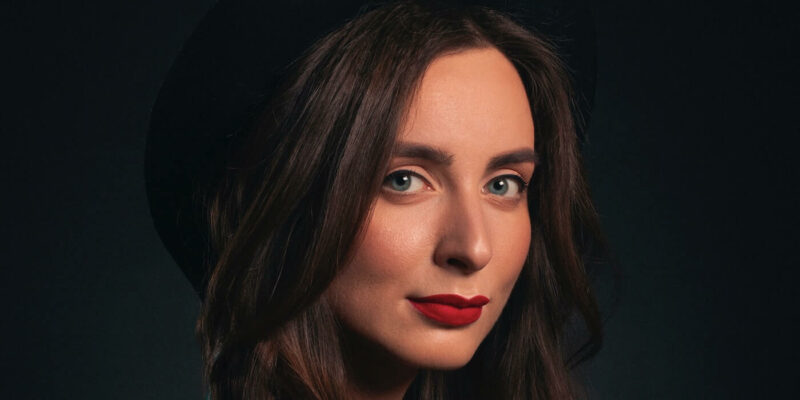 9 Signs You Have an Unhealthy Relationship with Your Emotions

6 Subtle Habits That Are Sabotaging Your Happiness