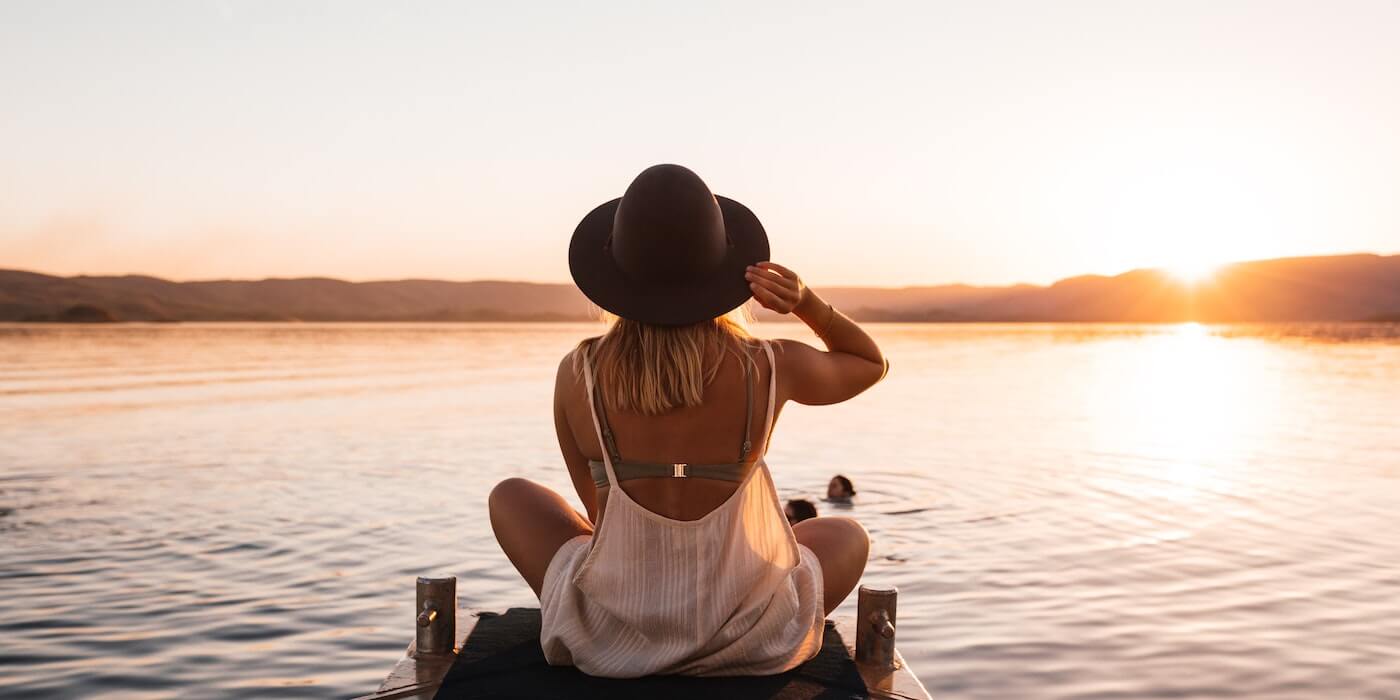 In an earlier article, I explained how many of our expectations are actually unhealthy defensive mechanisms that “protect” us from a sense of helplessness, uncertainty, or a more general lack of control.

Of course, unrealistic expectations don’t really protect us. The temporary illusion of control an expectation brings often comes at a steep price—many cases of anxiety, depression, or relationship conflict are the result of unexamined and unhelpful expectations.

If you struggle with excessive or unhealthy expectations in your life, taking even a little bit of time to reflect on those expectations can yield pretty incredible results in terms of your relationships, mood, and wellbeing generally.

So try to be on the lookout for the expectations you hold. Anytime you have an interpersonal conflict, for example, there’s a good chance some expectations are at play.

And once you notice a few of them, use the following questions to reflect on them.

Many expectations came into being years ago—perhaps when you were a child—and have never really been examined or updated since. Which means their relevance for you and your current life could be questionable…

When you’ve identified an expectation you hold, it’s worth asking how relevant that expectation is to your life currently. Because a surprising number of our expectations were established in one set of circumstances and have little if any relevance to our current circumstances. And the more you can show yourself how irrelevant an expectation is, the less likely you are to be negatively affected by it.

Now, some expectations are perfectly relevant but also unrealistic. And this can end up having the same negative effects.

In this example, it’s perfectly understandable that you would get upset at your partner for being late. But the key thing to see is that your expectation that they will be reasonable and make dinner on time isn’t very realistic or likely given their past behavior.

Of course, in the moment, that expectation helped soothe your anxiety about the very real possibility that they would be late. But in the end, you ended up not only irritated that they were late for dinner, but fairly consumed by it… Not only was your anger much stronger and longer lasting than it would have been otherwise, but you also didn’t really get to enjoy an evening with your friends.

Right or wrong, relevant or not, if your expectations are unrealistic, you’re setting yourself up for chronic frustration, disappointment, and ultimately, resentment.

So when you’ve identified an expectation—especially an expectation of another person—ask yourself how realistic it is given what you know about them. Think back on how they’ve behaved or acted in the past. Then try your best to separate what you would like to be the case from what is likely to be the case and revise your expectations to be in line with the latter.

Expectations are always doing something—exerting some kind of force or effect on us. So it’s worth asking: On net, are my expectations helping me or hurting me?

Often, we convince ourselves that an expectation is necessary or unavoidable simply because it’s true. But as we’ll see, that’s not always a very healthy expectation…

Now, it’s often difficult to let go of these types of expectations because it somehow just feels wrong.

The key here is to see that giving up your expectation that what’s true doesn’t mean you’re invalidating the truth of it. It’s perfectly possible to believe that people should be polite to waiters without expecting that they will.

What’s more, letting go of that expectation doesn’t even mean you can’t act on that belief if you need to. If someone’s being borderline abusive to a waiter, you might well make the decision to intervene. But that has nothing to do with your expectations.

Remember, expectations are always doing something. And quite often what they do is intensify and prolong difficult emotions without making any sort of positive change in you or the world.

So why hold on to them?

So should we just not have any expectations at all?

I won’t necessarily go that far.

There are probably situations where expectations can be a positive force in your life—especially if they meet the criteria of being relevant, realistic, and helpful.

But because expectations so easily devolve into unhealthy defense mechanisms, it’s essential to be aware of the expectations you hold and how they impact you.

To that end, I’ll leave you with a puzzler…

Maybe the best expectation is expecting that our expectations aren’t very helpful?

A little healthy skepticism is a great way to stay reflective and intentional about our expectations instead of taking them for granted.

If I don’t have expectations, how do I set boundaries? Example: I expect to be treated respectfully. When someone violates that expectation, I decide what type, if any, of ongoing relationship we will have.

I think you can value being treated respectfully—and set appropriate boundaries when you’re not—without *expecting* that it will happen.

I go into this distinction a bit more in this article if you’re interested:

I think if we let expectations consume our mind day in & out, not only we don’t help reducing their effect on our reactions or mind but making it get worse. Specially if it’s towards a close family member or a freind, the best way for me is to first analyze their situation & background for such action & depending on that I decide to privately talk with them about it. If it’s part of their personality to be abusive or being a user or impolite most of the times, I then regard it as their personality flaw & can’t do anything nor responsible for it. So I do let it go. Leave alone those stranger attitudes in public & won’t let it bother me.

I have learned through the years never to expect but rather hope or desire and that way I reduce my anxiety levels, however, I still from time to time get caught up in MY expectations of others.

I have found it helpful when thinking about expectations as well as desires to reframe them as “preferences.” This gives a little more flexibility into the situation. If it works out, great. If it doesn’t, the impact is less, and I can consider realistic ways of working with the situation to make it better or closer to what I want.

Hi Nick! Thanks so much for this article! It has opened my eyes! Do you recommend any good books on this topic, please?

Thank you Nick I have learnt that it very important to be realistic about certain things cause only then you get calm and life is happy.

I’m aware of my unrealistic expectations. But how do I let them go?

Example. I know that “Mothers day” is a big nothing to my husbands and sons. I know “ Mother’s Day” is not important in the big picture of my life. But every Mother’s Day I am confronted with a dozen questions of “how is your Mother’s Day?, What did you do for Mother’s Day? ….

It leaves me feeling disappointed and hurt. It’s been the same for years.

How do I not care?

That’s a really good question, Lauretta. I’m sure you are speaking for many of us there. Wonder if Nick or anyone else has an answer to that one! I think if it hurts and makes you feel resentful it is worth saying something about understanding that they don’t really get it, but how much it would mean to you to receive some kind of recognition. But, given it is pretty unrealistic that they will respond positively, it’s probably worth really noticing and expressing appreciation for any nice things they do say or do for you, spontaneously, in their own way. Knowing how happy that makes you will be the best motivator. And, in answer to all the thoughtless people who ask, how was your mother’s day, just answering… Oh, my menfolk don’t believe in mother’s day can at least get you a sympathetic laugh. Many men hate being under pressure to perform on cue, so there are a lot more of us out there than you think.

Thank you for this article! I have been struggling with expecting my daughter not to take advantage of my husband (mostly) and me. I am upset by her behavior pretty much every day. This article helped me understand that I can’t expect her to change, even though it’s “true” that she should. Hopefully I can use this to gain a little peace in my mind and life.

I like it and it is great! I’m looking forward to reading
the next ones.

Thanks for a booster to my Stoic operating system .

The Problem with Coping Skills