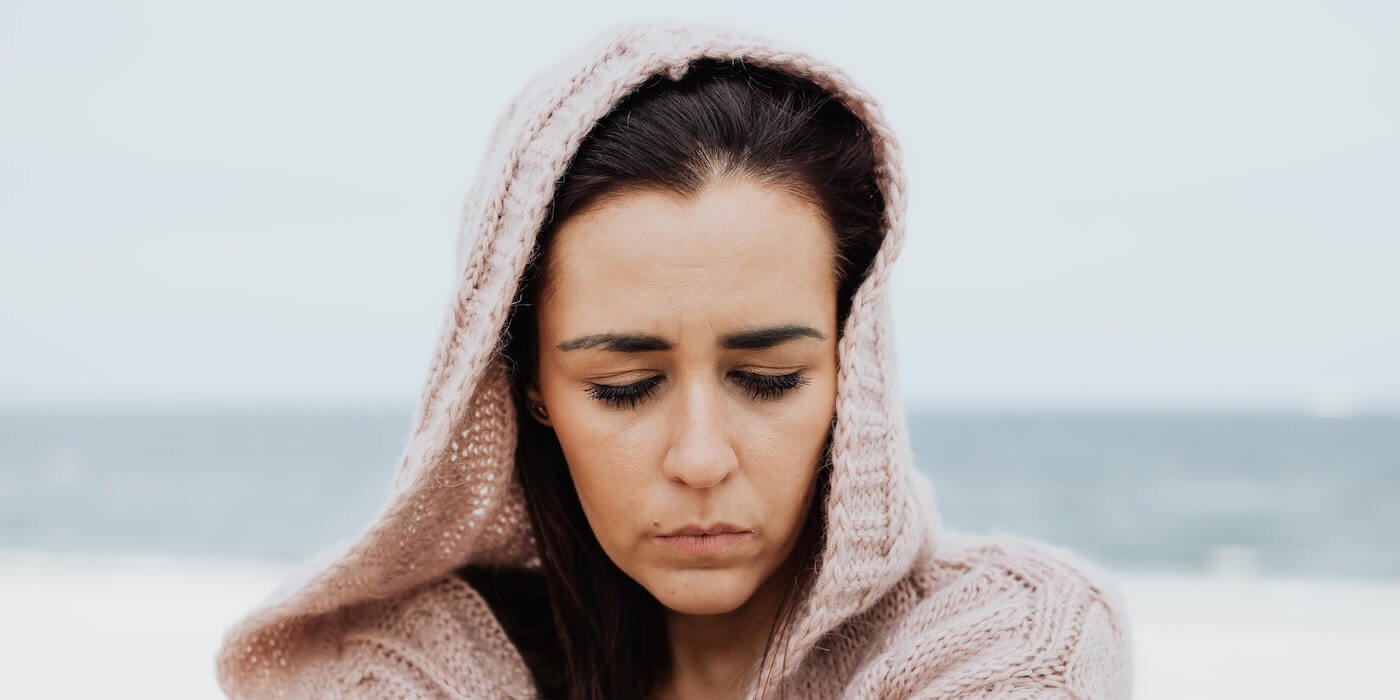 A reader wrote me recently with the following question:

This is a pretty common dilemma and one that I dealt with dozens of times in my work as a therapist.

Of course, everybody’s situation is unique. And there are certainly no magic bullet solutions to something as nuanced as self-forgiveness.

But there are a few big ideas that I’ve found really helpful when it comes to forgiving yourself and moving on from a mistake in the past.

If you want to achieve self-forgiveness, you must practice self-compassion. There’s just no way around this.

But the idea of practicing self-compassion can be a little intimidating to a lot of folks.

To make it a little less overwhelming—and more practical—there’s one particular part of self-compassion that’s relatively easy to do and will go a long way toward helping you forgive yourself:

Psychologically, to validate something means to tell yourself that it makes sense on some level, even if ultimately it isn’t correct, desirable, good, etc.

Validating your own mistakes just means acknowledging that—however bad—your mistakes make sense on some level. There are reasons why they happened, even if they’re not “good” ones.

In fact, there’s a fair chance that you’re already quite good at being validating of other people. So it’s really just a matter of remembering that it’s okay to do it to yourself.

Here’s another way to think about it:

If you struggle with self-forgiveness, there’s a good chance it’s because you’ve been overly focused on the effects of your mistake—both in terms of other people (who you wronged and how it affects them) and yourself (how guilty, ashamed, etc. they feel as a result).

Validation is about compassionately acknowledging the causes of your mistake—that there were reasons why you made the decision you did. And even if in hindsight those reasons weren’t good, on some level, it’s probably understandable.

Almost nobody does something wrong purely for spite or malice. We end up making bad decisions because we’re conflicted internally and the wrong side wins.

Welcome to being a human being.

If you want to finally forgive yourself and move on, start by compassionately exploring why you made the decision you did—which is probably what you would do for a good friend who was in your shoes.

But keep this in mind… when it comes to validation, I recommend doing one or two deep dives on it exploring the reasons why it might have happened. If possible, best to do this in a structured, intentional way—while journaling, for example, or with a therapist or counselor.

After that, validation should be brief. An old memory pops up and reminds you of that time you did X thing you’re ashamed of. So, spend 10 seconds validating it and then move on. No need to dwell on it.

2. Just because you have a thought doesn’t mean you need to keep thinking it

Forgiveness is an action, not a feeling.

And the primary way you do forgiveness—with others or ourselves—is to let go of the tendency to dwell on or ruminate about the mistake in the past.

So, how do you forgive yourself and move on?

First of all, you must come to grips with this idea:

Think about it… When you forgive someone else, you don’t say some magic words and cast a spell that miraculously makes their guilt disappear. You can’t control how they feel. All you can control is what you do.

So, when you forgive someone, what you’re really doing is making the choice to let the mistake or injustice go—both in the way you interact with and behave toward that person, but also in your own mind—in what you choose to think about.

Suppose you say you forgive someone, they feel better, but then you secretly continue to hold it against them by constantly ruminating on what happened and how wrong they were… Is that forgiveness? No, obviously not. Again, forgiveness is about what you do (and don’t do).

Now, just flip the process around and apply it to yourself:

Now, letting go of those thoughts and memories doesn’t mean suppressing them or impulsively trying to distract yourself from them—that will only make them more frequent and intense.

Letting go of those thoughts and memories means noticing when they arise, acknowledging them compassionately, and then choosing to refocus your attention and get on with your life.

Forgiveness is about taking control of your attention and your behavior.

Now, it’s not easy. But that is the task of self-forgiveness.

And the only way to truly forgive yourself—and ultimately feel more at peace—is to stop ruminating and get on with your life.

Which brings us to the final point…

3. Forgiveness is about your future, not your past.

People think they need to forgive themselves in order to move on. But really it’s the other way around…

You can only forgive yourself once you decide to move on.

Let’s unpack that a bit.

On a very fundamental level, forgiveness is about control. People who struggle to forgive themselves tend to be overly focused on trying to control things that they can’t—how they feel, what they think, which memories come up, which people show up to the party and trigger them, etc.

The problem is when you expend all that energy trying to control something you can’t, you have very little left over to control the things you can.

Forgiving yourself is about acknowledging that you can’t control the past. You really did do something bad and you cannot change that. Period.

What you can control—at least to some degree—is your future. And that starts, of course, with the actions you choose to take in the present.

You can’t let go and forgive yourself if you’re constantly latching on to things from the past and dwelling on them over and over and over again. Not only will you continue to feel worse and worse, but you will be spending an increasingly big chunk of your life literally living in the past.

In my experience, the people who are most successful at self-forgiveness are the ones who are able to keep their focus and attention in the present and future.

Of course, that’s not to say that you should never reflect on the past. If you’ve done something wrong you definitely should make some time to reflect on that, make amends, try and learn from it, etc.

But people who struggle to forgive themselves are usually WAY beyond that point. All that dwelling in the past isn’t doing you or anyone else any good. In fact, it’s actively harmful to you—and most likely your relationships as well.

In the long run, when you get in the habit of acknowledging the pain of the past without getting stuck on it, your brain eventually gets the message that this thing is over and done with. And as a result, it stops bugging you with it as much and your emotional reactions become increasingly less intense.

But when you continue to keep your attention in the past, you teach your brain the opposite lesson: this thing is still big and important so keep reminding me of it in the future.

So if you really want to forgive yourself (and feel forgiven), reflect, make amends, and then move on—however you happen to feel. Focus on your values and what really matters to you and get to work living your life instead of replaying ancient history.

If you want to forgive yourself, keep these tips in mind:

My favorite typo ever!

Thanks for pointing it out, Anna (almost want to just leave it in there 🙂

Ha ha. I noticed that too, Anna! This article is one of the best I’ve read on self-forgiveness. I’m going to save it and come back to it for further reflection. Wow. So helpful. Thank you Nick.

Really needed this today. Thank you, Nick, for your compassionate advice. 👍🏼

You bet, Beverly! Glad it was helpful 🙂

This article has a practical and logical approach to forgiveness. I found it very helpful. Thank you so very much Nick!

Completely agree with Edie. This is the best discussion of self forgiveness I’ve seen. Not only do you convey that it’s possible, but you give actionable steps, as you do in all your articles. Thank you so much, Nick. Your work is invaluable.

I appreciate you saying so, Amy!

Thank you! This article is literally an answer to my prayers. I am so grateful to the gifts of your knowledge and life saving insights.

Thank you Nick for a very thoughtful and useful article on self forgiveness. I look forward to make use of the suggestions given!

I think you are brilliant and quote you carefully and respectfully. Your knowledge has helped me and helps me help others. Thank you for your wisdom! Ditto to the comments. Amazing discussion.

Really enjoy and appreciate your articles!! Thank you!!

Just wanted to say I’ve been a subscriber for some time now and Ive always found you to be incredibly insightful!

Such amazing timing! Working with my teenage boys on this concept and your framework is super helpful! Thank you!

Thank you. This is so helpful. Heard a quote once that has stuck with me. “Forgiveness is giving up all hope of a better past”.

Thank you so much for sharing this, Nick. I struggle with forgiving myself for bad decisions and self-compassion. Your insights are extremely helpful, especially in terms of making a conscious effort to move forward and look to the future.

Thank you, as said above I have not found a more helpful description of how to deal with self-forgiveness.

This is one of the best articles I have read on forgiveness. It really reframes the whole idea and makes forgiving oneself and the other in a much more approachable and doable way. Thank you!

In the recent past, my mental illness/anxiety affected my son and his growing up. I couldn’t accept or forgive myself while stuck in the repeating circle of thoughts and behaviours. I felt guilt and anxiety and didn’t discover the underlying reason for the negative thoughts until 2022, by chance a friend helped me. Then Eureka, the hypnotizing effect of the negative thoughts was disconnected, and your article on 10 Healthy Ways To Deal With Negative Thinking really helped. So importantly I learnt Forgiveness is an action first, and then a feeling, mainly of relief, as you get your life back on track, and then my son and family’s life back on track. And you start thinking about the future, and forget the past. However I am recording the emotion and memories in art and writing poems, and hopefully starting a therapy group to help others. This is the same as Nicks online group, however I am hoping to give back to my town, that has been instrumental on my road to recovery. Nicks emails are the missing pieces to the mental health jigsaw puzzle.
Thanks Nick, it is a pleasant feeling helping others aye

Nick, I enjoy your style of writing. I feel like I’m having a heart to heart conversation with a friend when I read your articles.

Thanks for sharing your knowledge and passion for mental wellness with us.

You are helping a lot of people learn how to help themselves.

How to Handle Other People’s Anger Like a Pro 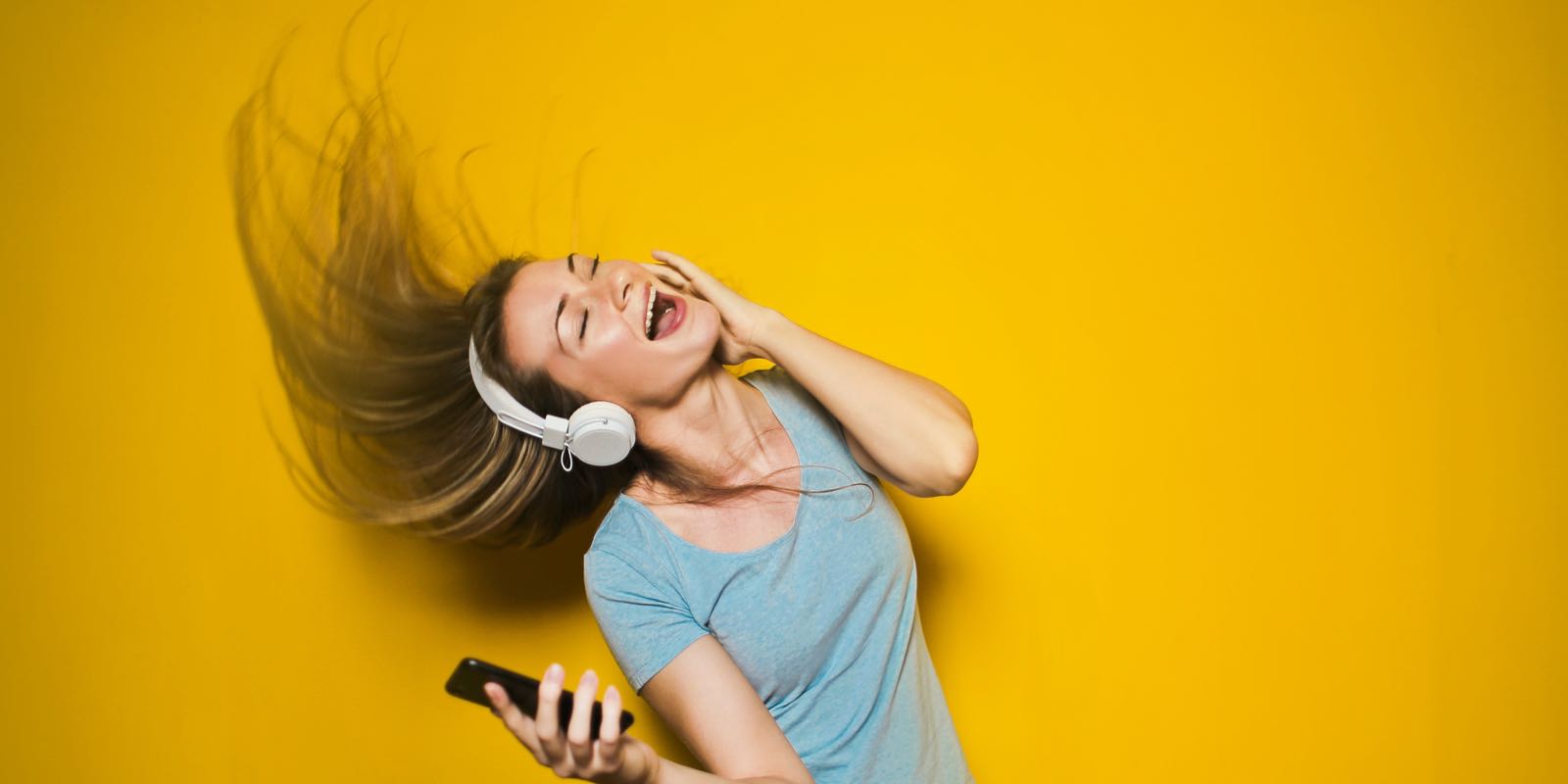 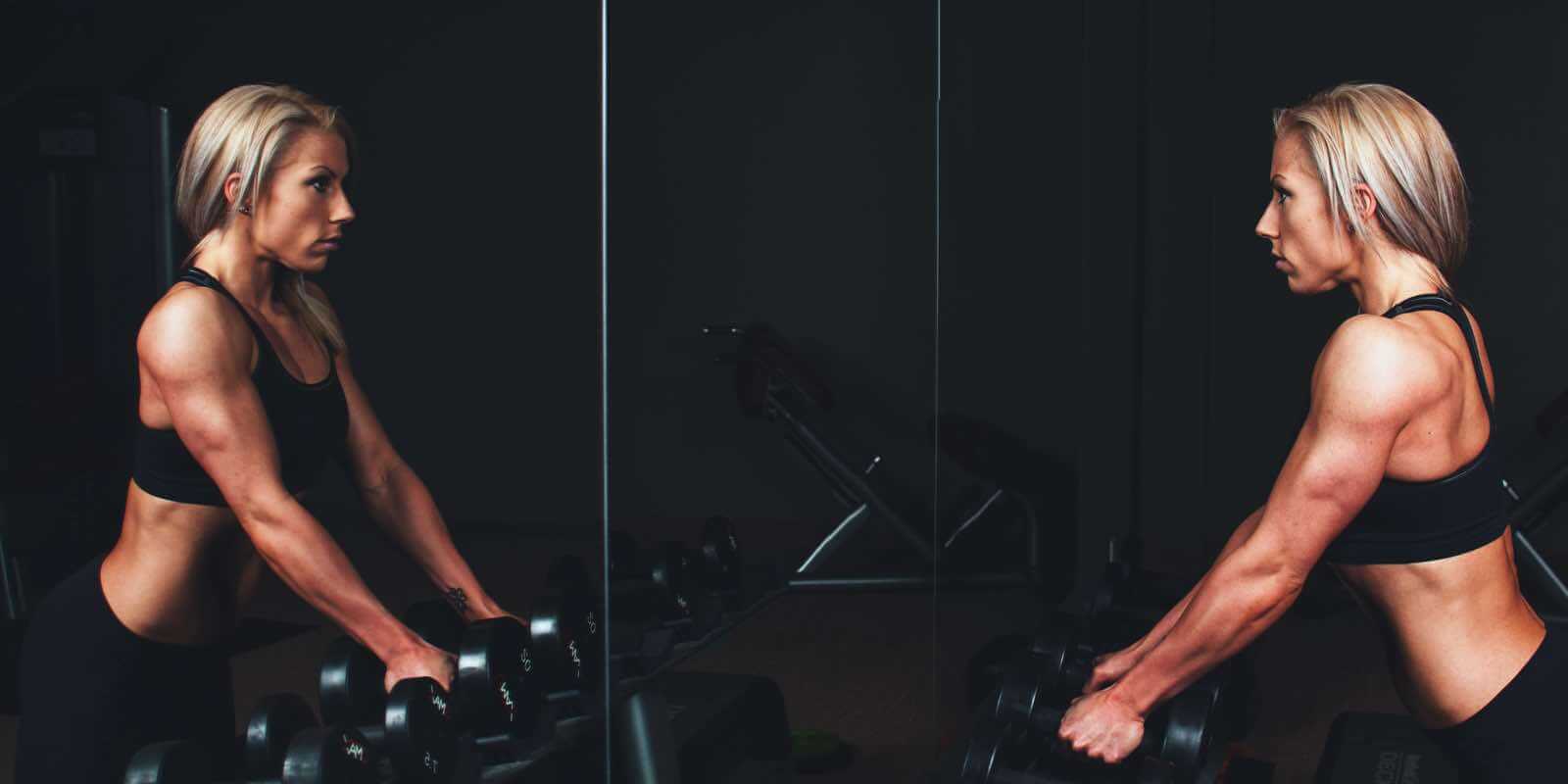 What Causes Perfectionism and How to Get Over It 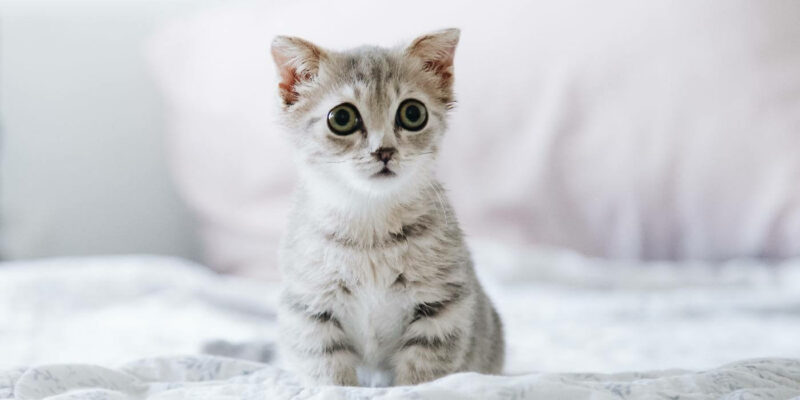