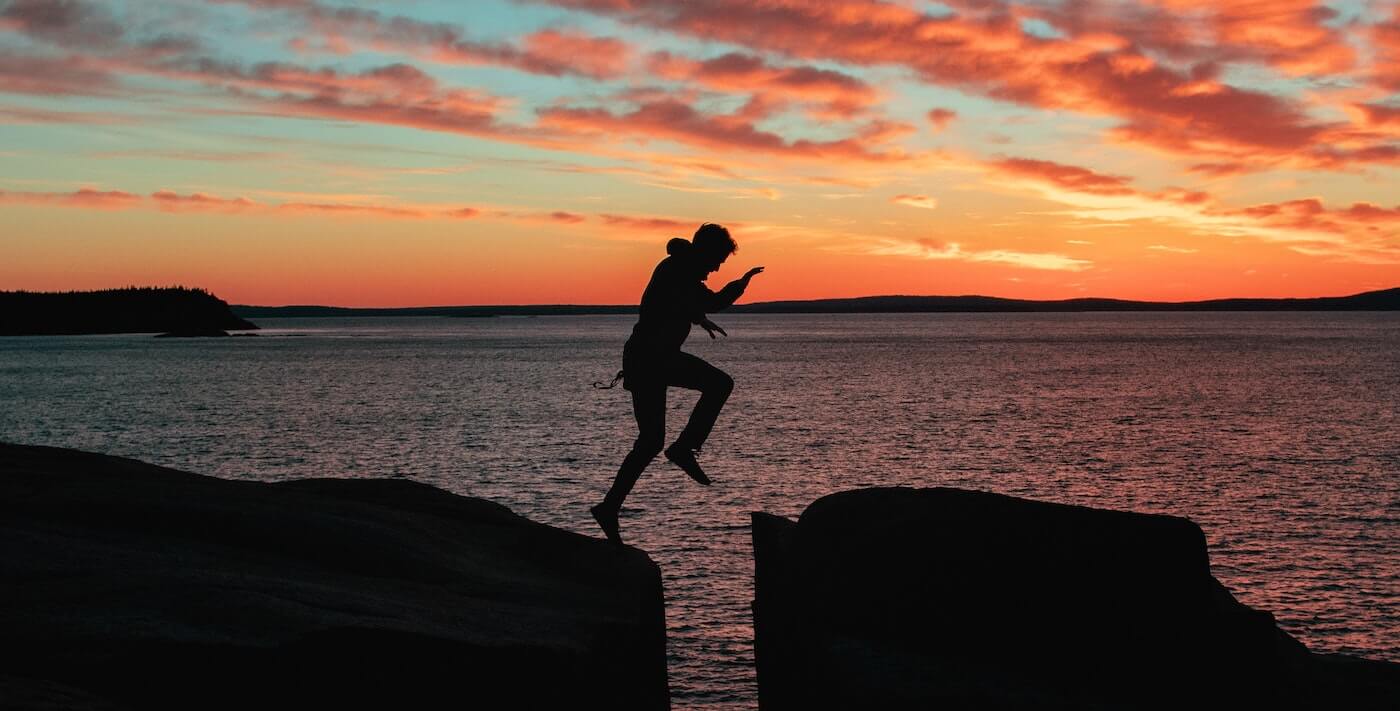 Do you often find yourself paralyzed in the face of big decisions—going back and forth endlessly between options?

Or maybe you frequently get stuck second-guessing the decisions you have made—questioning your judgment and wishing you could go back?

In my work as a therapist, I hear the following all the time:

I just wish I could be more decisive!

And while many people struggle to be more decisive, they frequently misunderstand why they struggle so much. Usually, they chalk it up to bad genes or an unlucky personality type:

My husband’s so decisive: He just looks at the options, goes with one, and then he’s done with it. I wish I was a more decisive person…

In reality, though, the biggest reason we have trouble being decisive comes down to a simple but powerful process: cultural conditioning + bad habits.

Some people are often conditioned by society and culture to be less decisive in their decision-making. I won’t go into more detail on this because it’s beyond the scope of this article. The point is, some people do start life from a disadvantaged position when it comes to confident decision-making. But it’s important to see that this is still fundamentally constructed, not inborn.

The real reason we struggle to be decisive is our own self-sabotage.

Most people I work with who struggle to be more decisive have developed a collection of powerful habits reinforcing their lack of confidence around decision-making.

Learning to be more decisive, then, comes down to identifying and eliminating these habits that reinforce indecisiveness.

In this article, we’ll look at four common habits interfering with your ability to make decisions confidently, as well as some thoughts on how to eliminate them and allow your natural confidence to rise.

One way to look at your trouble being decisive is that you’re excessively afraid of uncertainty.

Many decisions we make in life don’t have an obviously right or wrong answer. At least not at the time that we’re trying to make the decision:

Regardless of the size or impact of the decision, uncertainty is often a key feature of decision-making. And it’s human nature that, when faced with uncertainty, we feel afraid.

This makes sense from an evolutionary biology perspective: the more certainty our ancestors had over their life and environment, the better their odds of survival. On the other hand, the more uncertainty the riskier things got. And even though most of us live in far less dangerous times than our hunter-gatherer ancestors, it’s a hard instinct to shake.

We have stone-age brains in a modern world.

The key insight is, while it makes sense that our initial response to uncertainty would be some fear or trepidation, we shouldn’t let that dominate our decision-making process. But that’s exactly what happens to people who struggle to be more decisive.

Intellectually you probably understand in hindsight that it either doesn’t really matter that much (Crest toothpaste vs Colgate?). But at this point it’s not really about the toothpaste, it’s about not wanting to feel so anxious anymore.

The trick, then, is to face up to the fact that most decisions will involve uncertainty and often a decent amount of anxiety. That doesn’t mean something’s wrong.

When you validate the uncertainty of the decision and your own anxiety about it, it becomes much easier to simply make a decision and move on.

Next time you face a decision and find yourself anxiously second-guessing which direction to go, hit the pause button and remind yourself that uncertainty isn’t a bad thing; and neither is feeling a little anxious. In other words, validate your fears and insecurities.

When you embrace uncertainty wholeheartedly, you’re training your stone-age brain to see uncertainty as a challenge but not a threat. Which is exactly how confident people make decisions.

2. Make some bad decisions on purpose.

Another major reason people struggle to make decisions confidently is that they’re terrified of making a mistake.

The common denominator in both cases is that you lack real knowledge about the consequences of poor mistakes in your life now. Your stone age brain is terrified that mistakes will lead to something awful. And as much as you or others try to convince it, it won’t believe you without real proof and evidence to the contrary.

This means that the key for many people to becoming more decisive is to start making some mistakes on purpose. This is the only way to convince your brain’s fear center that, while somewhat painful or embarrassing, mistakes are not a threat or danger.

Now, obviously I wouldn’t suggest that you intentionally make mistakes that have legitimate risks involved. What I’m talking about are mistakes that you find terrifying even though you know rationally they’re not dangerous.

By intentionally making some small mistakes, you can inoculate yourself to the irrational fear of making mistakes, which will help you feel more confident making future decisions.

3. Let go of your need for control.

Another major source of poor confidence when making decisions is an unhealthy need for control.

The concept of “control issues” gets thrown around casually as a pop psychology explanation for just about everything. And as much as it’s misused, having serious issues with control is a very real phenomenon. And it’s a key ingredient in why so many people struggle to make decisions confidently.

Here’s how it works:

Okay, that’s the psychology of control issues in a nutshell.

But how exactly does this relate to becoming more decisive?

Well, many difficult decisions involve a degree of helplessness and lack of control.

For example, your boss calls you into her office and delivers some bad news: The company is downsizing and you can either A) Stay on at 80% of your salary, or B) Take a small severance package and look for a new job.

Now, even though you have some control in terms of which decision to make, there’s a lot of helplessness going on. You’re losing control over either your salary or your job and there’s nothing you can really do about it. And so, naturally, you feel helpless.

The confident decision-maker accepts the fact that she’s pretty helpless and moves on by exerting control confidently where she can.

But the indecisive person, because of a habit of denying lack of control, spends hours or days under the illusion that if they just think enough about the situation they will actually be able to exert control.

Unfortunately, 99% percent of the time this doesn’t happen and, in addition to having to make the difficult choice anyway, they’ve racked up hours or days worth of stress and anxiety that comes from second-guessing and worrying about the decision.

People who make decisions confidently accept reality for what it is.

Instead of living in a perpetual state of wishful delusion, they’ve built up a tolerance to feeling helpless and out of control. This means that when they are faced with decisions over which they don’t have as much control as they’d like, they’re able to swiftly and confidently move on without all the stress and anxiety that goes along with indecision.

If you want to start feeling more confident with your decisions, face up to the reality that you don’t and will never have as much control as you’d like. And that’s okay.

Validate your desire for control and your impulse to deny the reality of occasional helplessness. Remind yourself that it’s okay and natural to feel that way.

Then get to work building up a tolerance to feeling helpless and you’ll find yourself feeling far more confident with all your decisions, big or small.

In the face of uncertainty with a big decision, it’s natural to feel anxious. And anytime we’re anxious, it’s natural to want to stop feeling so anxious! The trouble is, this gut instinct to alleviate our anxiety shifts our focus from the real problem (making a decision) to the secondary problem of feeling bad.

When your main focus becomes feeling less anxious, a common coping strategy is to seek reassurance from other people—a spouse, best friend, coworker, even a child. And like most coping mechanisms, they unfortunately work.

Because they don’t really work, not in the long-term.

Coping strategies like reassurance-seeking temporarily make us feel better by alleviating our anxiety in the moment. But they also tend to make us more anxious and less confident in the long run because they train our minds to believe anxiety itself is dangerous.

If every time you feel anxious you immediately try and run away from it or eliminate it, your brain is understandably going to treat it like a threat the next time. And what happens when your brain perceives something is a threat? That’s right: it shoots you up with a bunch of anxiety. Cue the vicious cycles…

The problem with reassurance-seeking is that it tells your brain that the anxiety that goes along with making decisions is dangerous. This means every time you face a decision that makes you even a little anxious, your brain is going to make you feel even more anxious.

And all this anxiety is the exact opposite of what we’re after—confident decision-making.

Ultimately, your mind trusts your behavior more than your words. If you’re telling yourself you’re confident, but then compulsively asking other people for reassurance, your mind is going to be skeptical and decisions will become more and more anxiety-producing.

On the other hand, if you’re willing to feel anxious and make a decision anyway (and live with it), you’re training your brain to see the anxiety that goes along with making decisions as no big deal. Which means you’ll feel increasingly confident making future decisions.

If you want to feel confident in your decisions, you must be willing to play the long game. The better you get at tolerating short-term anxiety without seeking reassurance, the more long-term confidence you’ll build.

The ability to be decisive and make decisions confidently is not a personality trait or genetic gift. It’s a skill that can be built. And the best way to build it is to let go of the habits that are interfering with it:

Make some bad decisions on purpose.

Let go of your need for control.

Great article I really love it

Fantastic read! Cuts through the haze of misinformation surrounding the topic and focusses on the essentials.

I frequently ask for reassuring without needing in it. I will change this! Thank you for your article.

Words of wisdom. I hope to get better at decision-making, not getting intimidated by it and seeing it as big deals, but be confident and trust my ability in making decisions.

Nick – I’m curious about the need for reassurance vs. outside perspective to help inform the decision…

I work in market research and many of the work I do is to inform/validate a decision that needs to be made by an executive.

Is that what you would call “reassurance” here? At what point does seeking outside advice/validation go too far and hurt the decision making process?

I am always finding myself seeking or wanted reassurance, and I need to validate myself. Happy for this article.

You describe this so well, very useful information that can be used daily. Mahalo.

Great article. To add two points that helped me:

One, Knowing where your value stands, self reflect upfront will save you time when there’s a decision to be made.
To take a math example: you need to define the function f in order to get an output y from the input x.
y=f(x)

Two, if you are indecisive considering both, it means neither option are obviously poor choice, hence the struggle. No matter which one you choose, there will be some good in it. Don’t try to always strike for optimal solution.

As always, your articles are clear and insightful. Thank you so much for all that you do. 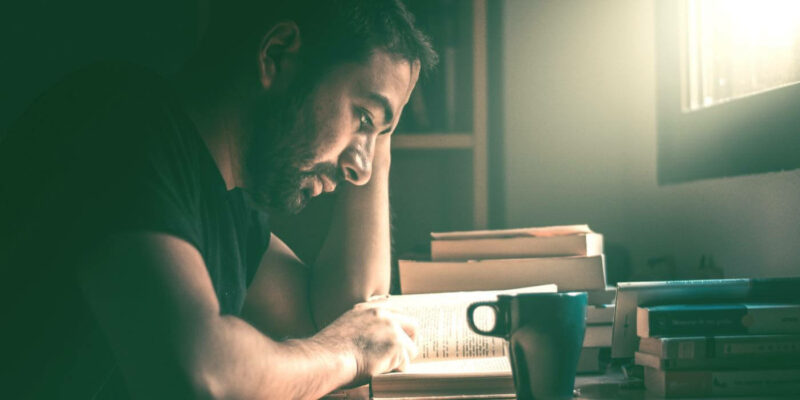 4 Psychological Habits that Will Make You More Productive 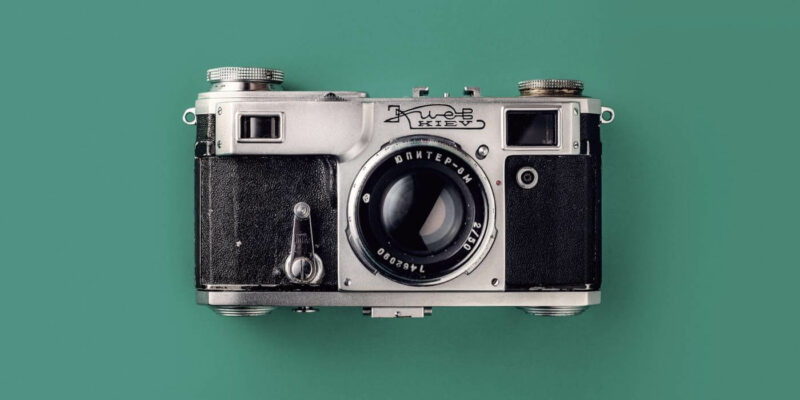