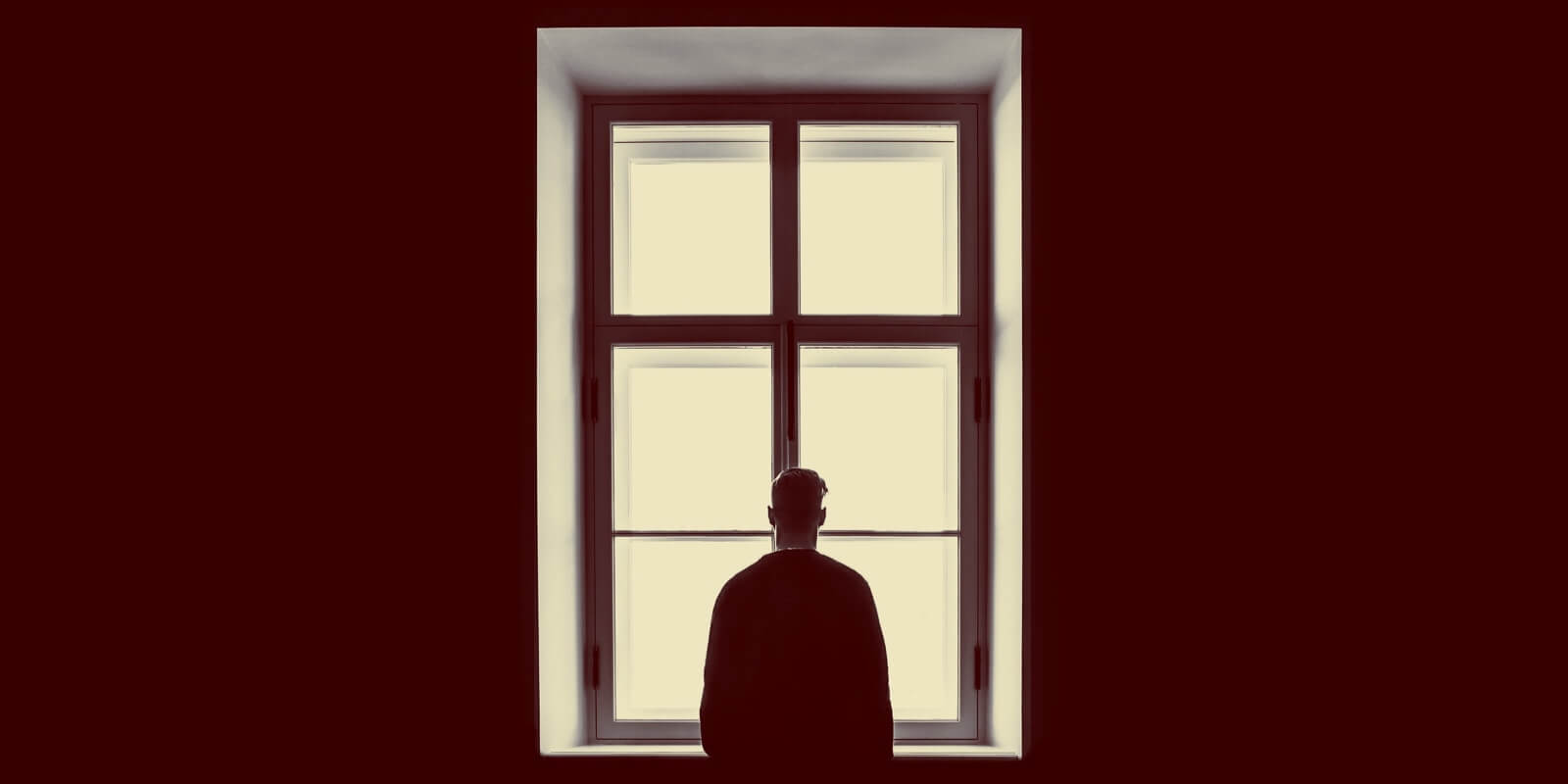 Why we fear the results of success much more than success itself.

A young entrepreneur client of mine asked me once:

How can people have a fear of success? That’s got to be the dumbest thing I’ve ever heard of. Success is awesome!

The way my client phrased the question was short-sighted, to be sure, but I could see where he was coming from. Of all the horrors in this life that people are faced with, claiming to be afraid of success can seem a little strange, especially in a culture that’s as idealizing of success as ours.

Ironically, several hours later that same day, I had my first session with an older gentleman who explained that what he wanted to work on in therapy was his struggles with fear of success.

He told me how, after retiring, he had started a small non-profit that did volunteer work he was passionate about. But recently, his humble organization was faced with a flash of overnight success. And he was having major anxiety about this recent “success.”

Given the conversation I’d had just a few hours earlier with my young entrepreneur client, I was especially curious to learn more about what fear of success really looked like, where it came from, and what it’s impact was.

What I learned was fascinating.

Learning to Fear Success: Where Fear of Success Comes From

While many of us grow up in an environment where our successes are met with enthusiasm, praise, and encouragement from the people around us, this isn’t the case for everyone.

In our first meeting, my older client who ran the non-profit explained how much of his childhood was marked by a turbulent and often abusive relationship with his father.

He recounted how his father—because of his own insecurities about never graduating from high school—would often mock my client whenever he brought up his success in school. And if his father had been drinking, it would go far beyond mockery into verbal and sometimes even physical abuse.

Unsurprisingly, my client learned to stay quiet about his academic successes. Even as an adult, he told me how his habit of “keeping his head down” lead him to pick careers and jobs that weren’t really what he wanted, but were “safe” and “non-flashy.”

After retiring, he assumed that his little non-profit would simply be a quiet way for him to give back and volunteer for a cause he felt passionate about. But a few years into the project, a major newspaper did a story on my client and the non-profit which attracted a lot of positive attention and even some considerable financial gifts.

Along with this overnight success, my client started having intense panic attacks on a near-daily basis and couldn’t seem to stop worrying. He came to me consumed with anxiety and 99% sure the solution was to abandon his non-profit.

When I asked him what specifically he was worried about, he had a difficult time articulating it. But he did throw out some examples:

Whatever my preconceptions about it were, after just a few sessions with my client and his fear of success, it was painfully clear to me how real it was. 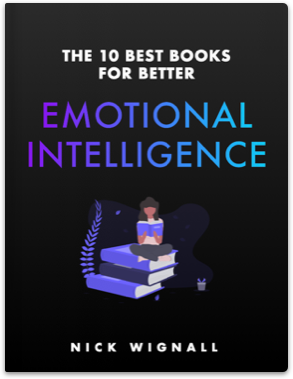 What Most People Don’t Know About Fear of Success

Since that time, I’ve worked with several other clients who all presented with similar experiences related to fear of success.

Here are a few things I’ve learned along the way about what fear of success really looks like:

Whether you suffer from fear of success yourself or know someone who does, it’s important to understand what that really means and how difficult it can be.

What to Do If You Suffer from Fear of Success

Here are a few recommendations for beginning to work through your own fear of success. They’re based on my expertise as a psychologist who specializes in anxiety disorders as well as my experience working with clients who suffer from fear of success.

1. Validate your fear of success by understanding its origin.

Most people who suffer from fear of success have a lot of shame and embarrassment about it. This makes it difficult for them to talk about it, ask for help, or even start to look at it clearly themselves.

But being clear-eyed about our struggles is the first step to working through them. And often the best way to summon the courage to do so is to validate and acknowledge the pain first, in part by trying to understand its origins.

If we can identify why our fear of success developed in the first place—and acknowledge that perhaps there were reasons why it happened—we can reduce the shame around it and actually start working to change.

I recommend journaling as a good place to start validating your fears of success:

If you build a simple routine of thinking (and writing) about your fear of success, I think you’ll be surprised at how much you can learn about it. And as a result, learn to be a little bit more compassionate with yourself about it.

2. Track your avoidance strategies related to fear of success.

While uncovering the origin of your fear of success can help you to be more compassionate with yourself about it, where a fear comes from often has little or nothing to do with why it’s sticking around and how best to eliminate it.

All irrational fears are maintained and strengthened by avoidance strategies, subtle mental and behavioral habits we engage in that signal to our brain that we are afraid. While it feels relieving in the short-term to avoid things that frighten us, in the long-run we’re teaching our brains to be afraid of something that it’s truly dangerous. This is how all anxieties work, and fear of success is no different.

Here are some examples of avoidance strategies around fear of success:

In any case, it’s important to begin looking for these avoidance strategies and tracking them. I recommend keeping a notes file in your phone and briefly listing any situation where the idea of success was frightening and the strategy you used to avoid or minimize it.

3. Face your fears of success (the smart way).

Once you’ve begun to identify the many ways that you avoid situations related to success (and therefore strengthen your fear), the final step is to begin approaching these situations instead.

But simply facing your fears is rarely the best way to go about it. In order to be successful in changing how your brain thinks about success in the long-run, you have to prove to it through your behaviors that you’re not afraid of it. This means playing the long game, which means starting small and creating tiny wins and shots of confidence for yourself.

Here’s how to get started:

There are no shortcuts to retraining the brain. If you suffer from fear of success, it’s likely because you’ve spent years, if not decades, training your brain to be afraid of it. It’s going to take some time to re-train it to be confident that success doesn’t necessarily mean pain.

4. Get professional help from a cognitive behavioral therapist.

While it’s good to try and understand your own fear of success and take steps to work through it on your own, if it’s causing significant problem’s in your life (work, relationships, satisfaction, etc.), finding a qualified professional is the way to go.

A good cognitive behavioral therapist who specializes in anxiety can help you do understand and work through fear of success in a timely and effective way.

Not sure where to find a good therapist or counselor? I wrote a guide about how to do just that:

Find Your Therapy: A Practical Guide to Finding Quality Therapy

Fear of success is a very real but often misunderstood struggle. The key thing to realize is that, in most cases, the fear is about the consequences of success, not the success itself. This fear likely has very strong and very old origins in a person’s past.

In order to work through your fear of success, the following steps can be helpful:

My fear of success comes, I think, in large part, from some of the issues you mentioned towards the beginning of your article involving parental influences, There are the more direct, or consciously internalised one’s, such as, in my case, not being “ allowed” to show off when I was little, or celebrate me, in a sense. It actually seemed to be something that had the potential to embarrass my dad or, maybe, due to his childhood, he didn’t want me to overindulge my enthusiasm for life or develop precociously, or have too much confidence, and then suffer a fall or become a failure. But, in fact, that mindset leads to the exact things the parent doesn’t “seem” to want. I say seem in inverted commas because I believe there is a lot of ambivalence which can be intergenetaltional, and can play out in ( in its own way) in subsequent generations, and it’s quite messy ( and I think Freud had a lot to say about ambivalence and it’s often deleterious effects). Personally, I remember as a child ( and I realise now this is ‘ magical’ thinking) that I could not have a better life than my parents. And success can mean many things, but it is considered mostly in relation to achievements, recognition and/ or money. In a way, I felt Id be letting them down if I outshone them— almost like I was letting them down by, perhaps, having a better or happier life than them. It sounds a bit weird stating it here, but z
I felt that intensely. I have a PhD but think little of it, and have done little with it. I hope it’s not spite— you can probably see from even that last automatic response how heavily I internalised negative associations, and, of course, am prone to think negatively of myself.

Thank you for your thoughtful comments. I think you’re right to recognize the impact of both early past experiences but also present-day mental habits like the negative thinking.

Thanks for the article. I am currently studying CBT on line but something I have a distortion with success, is letting others win even though you know you can win.

It’s comforting to know my fears are real and I am not alone. Thank you for sharing your clients experiences and for the recommendation.

I have been an under acheiever outwardly since childhood due to some bad stuff that happend in my life as well as teens and in early adulthood I am now middle aged and doing alot better as I am 34. I could relaise now i might not could have gotten a better outcome than i have now but the outcome i have now could have been sooner if i had advocated for myself. and took better care of myself i find that the bad mental health i have had due to aniexity and depression has caused alot of problems for me as far as achievements in terms of carreer i at present am finally in a position to spread my wings and realise i can do better now it only takes time medication and help from family friends and my conslor who has been a big help since i started working with him 2 years ago. i am more aware of who i am and what i have been doing to myself such as sabotaging my chances of success that i am now going to do better at being fearless and facing my challenges head on instead of running or avoiding them just feel the pains and good times that come in life in all its angish and glory and become stonger for it my faith in Chirst helps me personally as well thx for ur post sir. 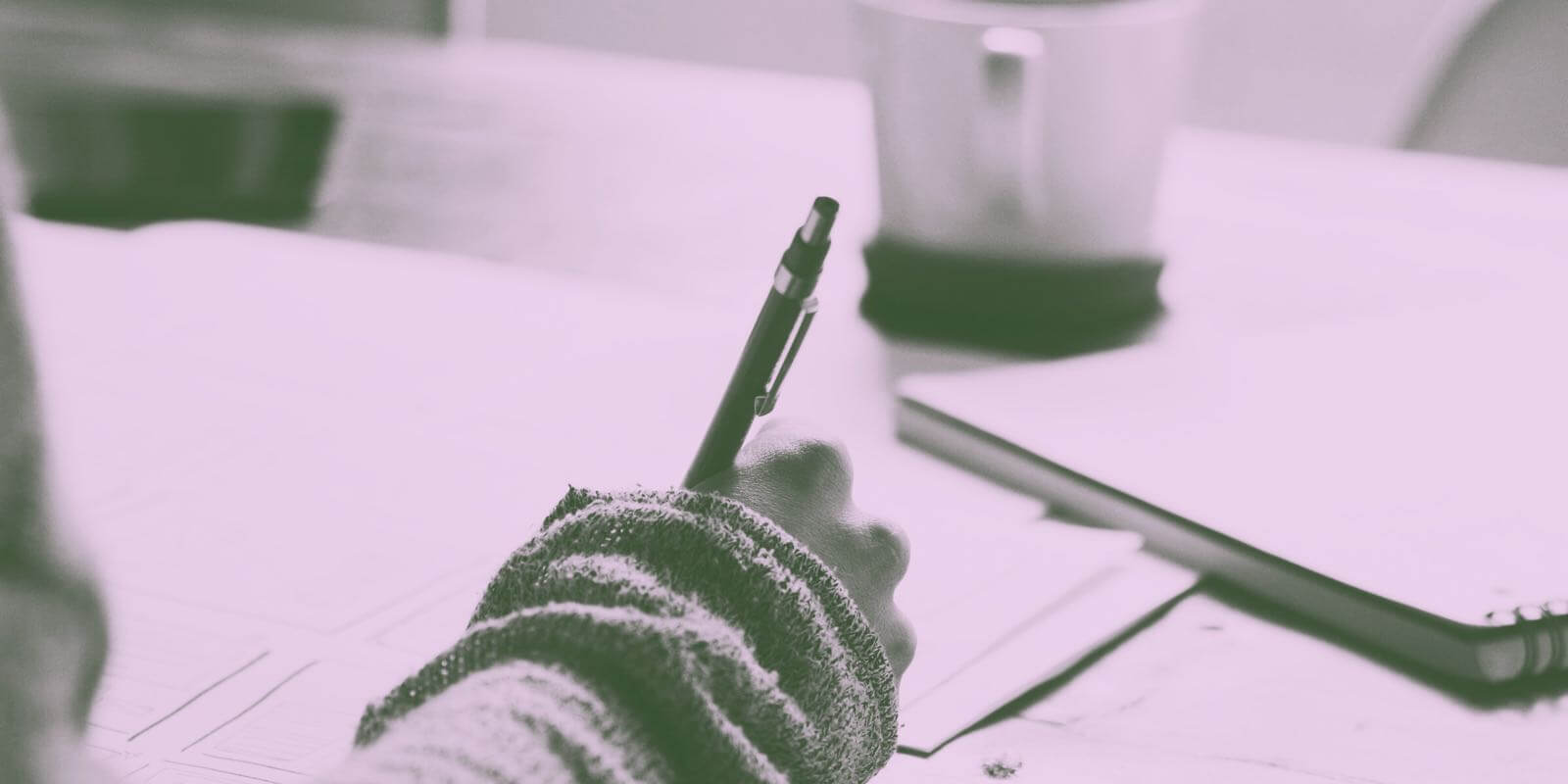 The Distractions List: A Simple Technique for Better Focus 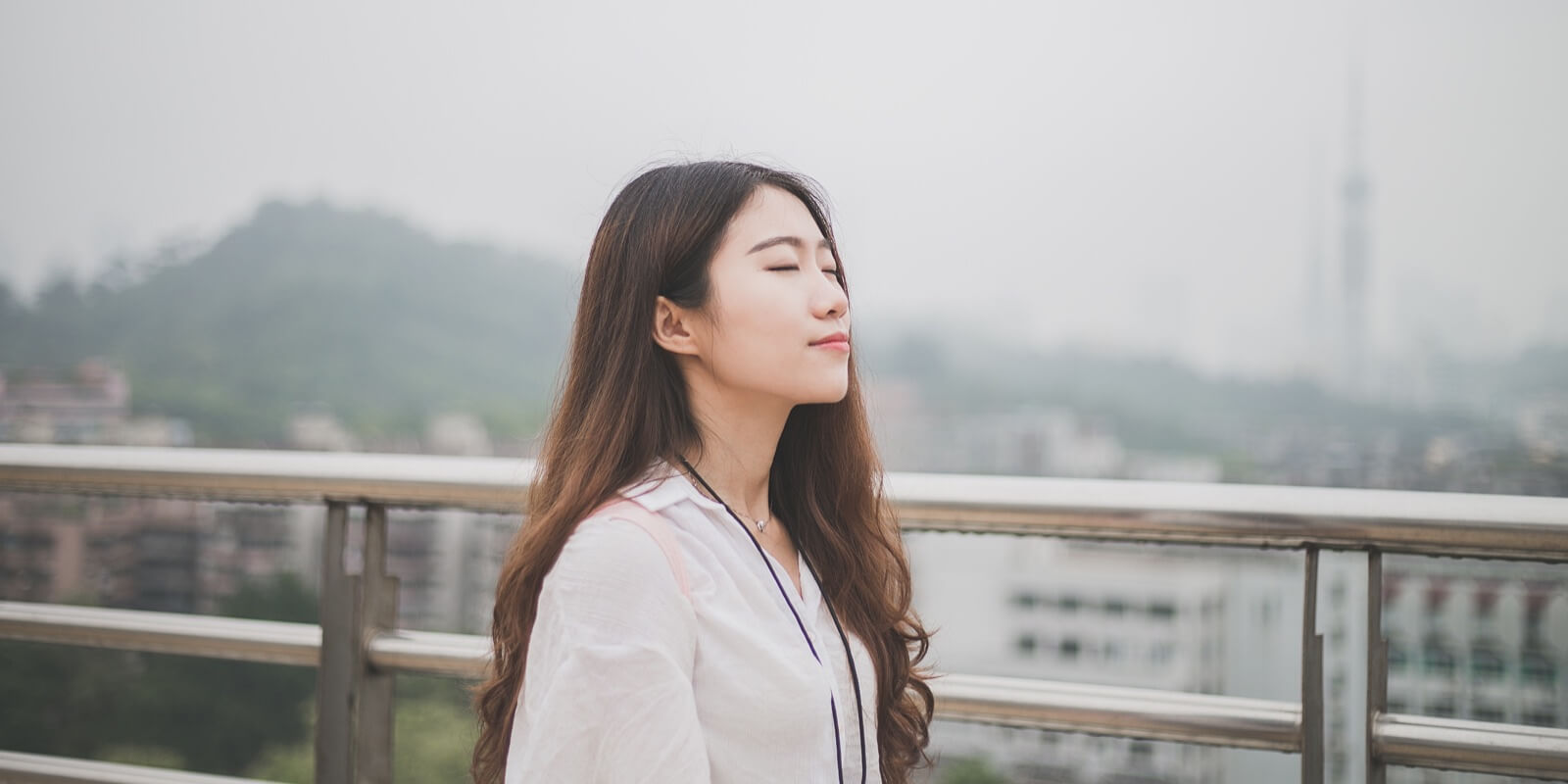 How to Be More Resilient in Everyday Life