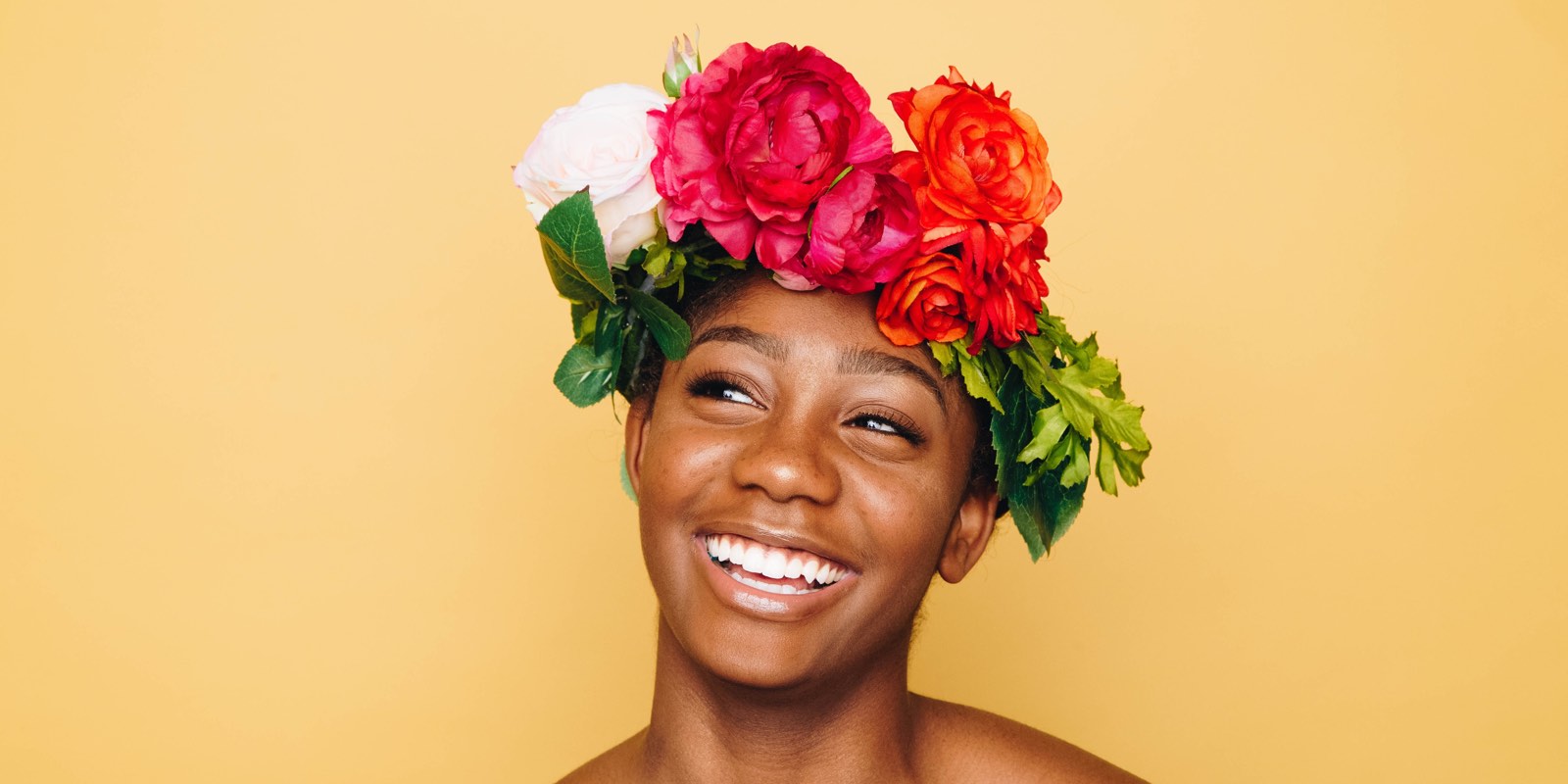 Most people who know me would be surprised to hear me say that because I usually appear pretty cheerful. I’m often described as “easy-going,” “upbeat,” “optimistic,” “enthusiastic,” and “positive.” I also usually feel pretty cheerful. I don’t often feel grumpy, irritable, or down, and I do genuinely feel full of cheer most of the time.

So if I appear cheerful to others, and feel cheerful myself, why would I describe myself as “not a very cheerful person”?

Because I define cheerfulness a little differently.

What is cheerfulness, exactly?

Most people think of cheerfulness as a feeling or temperament. Which means that cheerful people are those who got lucky genetically and are blessed with an “easy demeanor” or “upbeat personality.” And while that’s an intuitive way of looking at cheerfulness, I think it’s actually dangerous.

But before I explain why, let’s back up a second and define our terms. Merriam and Webster define cheerfulness as a “lightness of mind and feeling.” I think this is a good definition for a couple reasons:

This mental aspect to cheerfulness is at the heart of why I think it’s unhelpful and potentially dangerous to think of cheerfulness primarily as a feeling or trait—as something that some of us are lucky enough to be born with that allows us to act and be a certain way (upbeat, optimistic, etc.)

All that’s a bit conceptual, so let’s break it down a little with a concrete example.

When I get stuck in line at the grocery store behind a little old lady trying to pay for her two cans of Ensure with a checkbook she can’t find in her oversized purse, whatever cheerfulness I may have entered the store with vanishes quickly.

But why? Did the slow little old lady suck up all my cheerfulness?

Of course not. My cheerfulness vanished because I started thinking and behaving differently:

Of course, just writing this down makes me feel awful.

By deciding to lambast this poor, sweet old lady in front of me—even if only in my head—I destroyed whatever cheerfulness I had when I walked into the store because the way I chose to think directly influenced how I felt.

In psychology, there’s a well-known set of principles called Cognitive Mediation Theory, which says that our thoughts always mediate the relationship between external events and our emotional reactions. A little old lady taking forever at the checkout line doesn’t cause frustration, but my interpretation of that little old lady as “way too slow” does.

An implication of this theory is that we can’t directly control how we feel—We can’t simply dial up our joy levels any more than we can turn down our sadness levels. We can only change the way we feel indirectly by changing how we think and behave, two things we actually have direct control over.

This leads to a bit of a paradox: If we think of cheerfulness as a feeling or trait—something we just have or happen to feel sometimes—we’re giving up responsibility for and control over it. Which means we’re only allowing ourselves to feel cheerful when things in our life are going well.

On the other hand, if we think of cheerfulness as an action—something we do or think—it becomes something we have control over regardless of our circumstances.

Cheerfulness is a verb, not a noun

I said earlier that I almost always seem cheerful to others and even feel cheerful myself, but I still don’t think of myself as particularly cheerful. The reason is, I have a hard time acting cheerfully when I don’t feel cheerful and the circumstances of life don’t cooperate with my wishes.

But I have a really hard time being cheerful when things are not going well. When I’m under a lot of stress, or I’m in the middle of an argument with my wife, or I’m really disappointed in something, my cheerfulness wilts. Which is why I don’t consider myself a very cheerful person. Because I’m still not very good at being cheerful—thinking and acting in a cheerful way—when things are tough, when I don’t feel cheerful.

But it’s precisely when things are tough that cheerfulness matters most. That’s when it’s the most admirable and helpful.

To use another common example: It’s not hard to be cheerful and friendly with the barista at Starbucks when I’m on my way to my awesome job, in a nice car, having just had a really fun date night with my wife the evening before.

It’s much harder—but ultimately much more important—to be cheerful when I come home from work and I feel disappointed because my wife is stressed and upset after a long, difficult day with a couple rambunctious toddlers. But that’s exactly when cheerfulness is most important.

It’s times like these that it’s incredibly valuable and helpful to my wife if I can put my own petty expectations and frustrations aside, and be cheerful for her.

That’s cheerfulness. Cheerfulness means choosing to act in a cheerful way despite how we feel because it’s the right thing to do.

But that’s so fake and disingenuous, feeling one way and acting another. Isn’t it unhealthy to suppress how we really feel?

Suppression is when we deliberately avoid a certain emotion because we’re afraid of it. If we were to act cheerfully because we were afraid of feeling irritable or sad, that would be suppression. In suppression, the object of our action is our feelings, specifically, avoidance of them.

Character or virtue, on the other hand, is recognizing that we feel one way (irritated, sad, afraid, etc.) and deciding to act according to our values despite those feelings pulling us in another direction.

Suppression is about making ourselves feel good. Character is about doing good.

When I’m frustrated with the little old lady in front of me in line, my initial reaction is to stay with the frustration and start ruminating on how wrong she is—Just use a damn credit card! I’m thinking in a way that lines up with my feelings (and makes me feel better, i.e. superior). In that sense, I am being genuine. But I’m being genuine to my feelings.

At the same time, I’m not being genuine to my values. I value being a thoughtful, empathetic person. I’d even settle for just not being a jerk. But this value can come into conflict with what I want on a base level—to feel good.

But, if I can catch myself in the act of mentally disparaging this poor woman, realize that it’s okay to feel frustrated and then choose to focus on something else (how lucky I am to be young and healthy, for example), I’m actually being genuine both to my feelings and my values.

Now, my behavior (mental behavior, in this case) is directed toward what I believe is the right thing (to be compassionate) rather than trying to boost my own ego and feel better.

The Virtue of Cheerfulness

By thinking about cheerfulness as a fixed and innate personality trait, we deprive ourselves of the opportunity to practice being cheerful, a skill I believe our world desperately needs.

And while I can’t speak for the whole world, I think I can reasonably speak for some of the people I interact with regularly:

Situations abound for opportunities to make the world a slightly better place by acting cheerfully despite “not feeling it.” But it’s difficult to do this when we think about cheerfulness as something we either have or don’t have—a fixed trait or personality type.

Instead, I believe we should start thinking about cheerfulness as a way of thinking and behaving, as a virtue that we aspire to.

Once we start acknowledging that cheerfulness is at least as much about our actions as it is our feelings, we give ourselves the opportunity to develop it and get better at it.

Wouldn’t that be nice?

Hi
How are you small baby

Hi
How are you small baby
You are so cute🐰🐰

Thank you. This article is amazing and so important to hear in today’s world. I am giving a talk to a mothers group for daughters in a virtue leadership club. I’m sharing these point and referring them to this article. God bless you and your work.

Beautiful article. With a depth and angle i never thought about. Thanks alot

Ur a amazing person.. must say.. u change the one we think.. u see its all in the Brain.

Nick, thank you…I needed this. I’m going to work hard at it. I’ve got a great life, and family, and I need to put this into practice!

One of my favorite articles you’ve written. Thank you for equipping and reminding me to be cheerful!

Seems to me that in all the examples you cite, your definition of cheerfulness is strongly correlated with patience. It also is an aspirational virtue that is influenced by actions. This is an interesting read.
https://www.mindtools.com/pages/article/newTCS_78.htm

Thanks for writing this. I am one of the cheery people, I figure being anything else doesn’t do me any good. 🙂
I had never thought of it as a virtue though. It is very touching and empowering and will keep my positivity strong when the assholes roll their eyes at my laughter 🙂

Thank you for the article. It seems so easy to fall into bad habits instead of guarding our minds. So many good points and I appreciate you highlighting the immediate false rewards of feeling better than someone by looking down or condemning their behavior rather than just acknowledging that they do things differently. It is so refreshing to step back and to increase self awareness. With gratitude.

Nick, You made my day… again.

I never thought of cheerfulness as a virtue. I understand now that our actions make a significant impact on our mood. I consider myself very cheerful, but sometimes people misunderstand it. Thank you for all the knowledge you have given us. 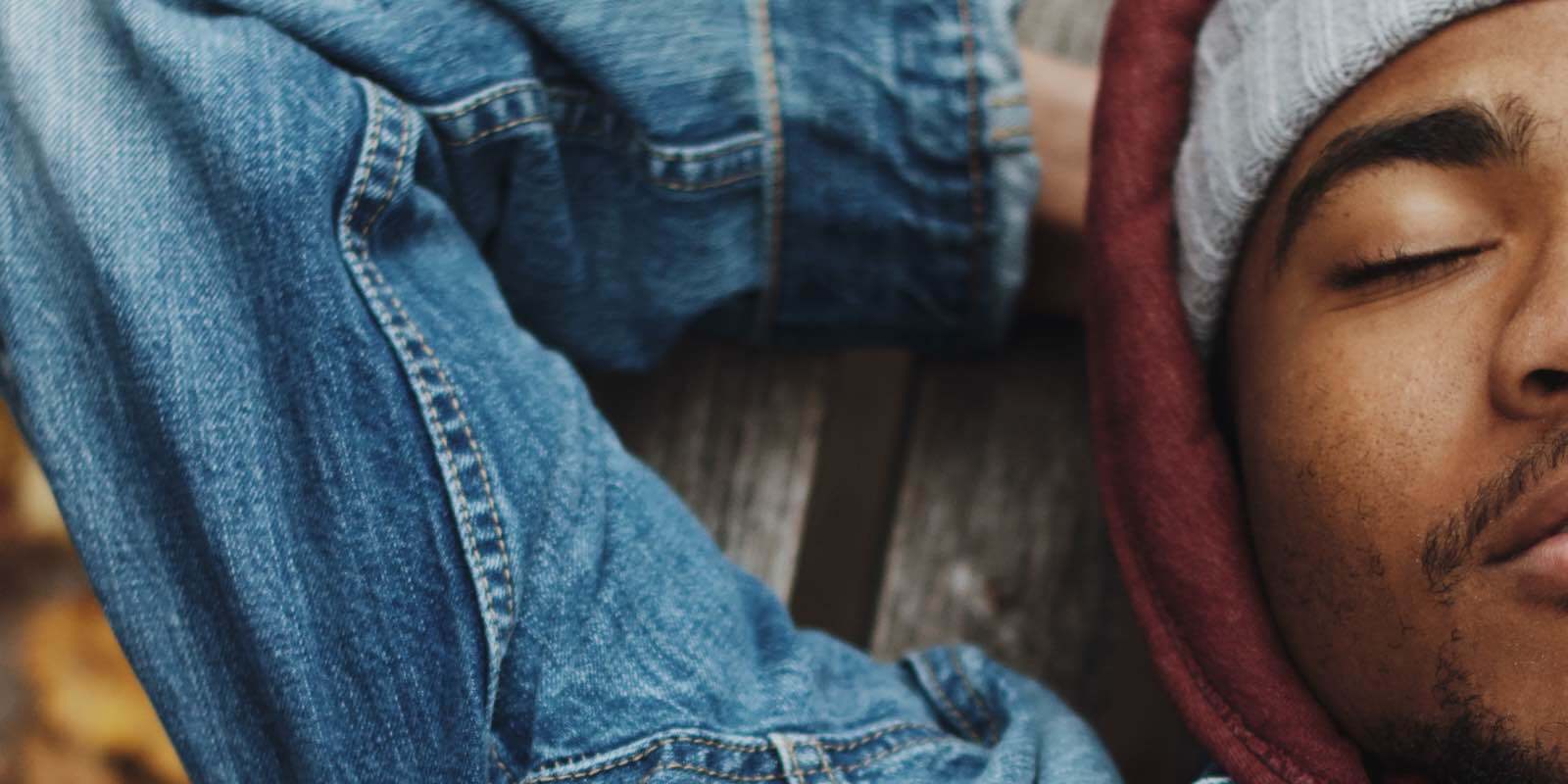 How The Simpsons Cured My Insomnia 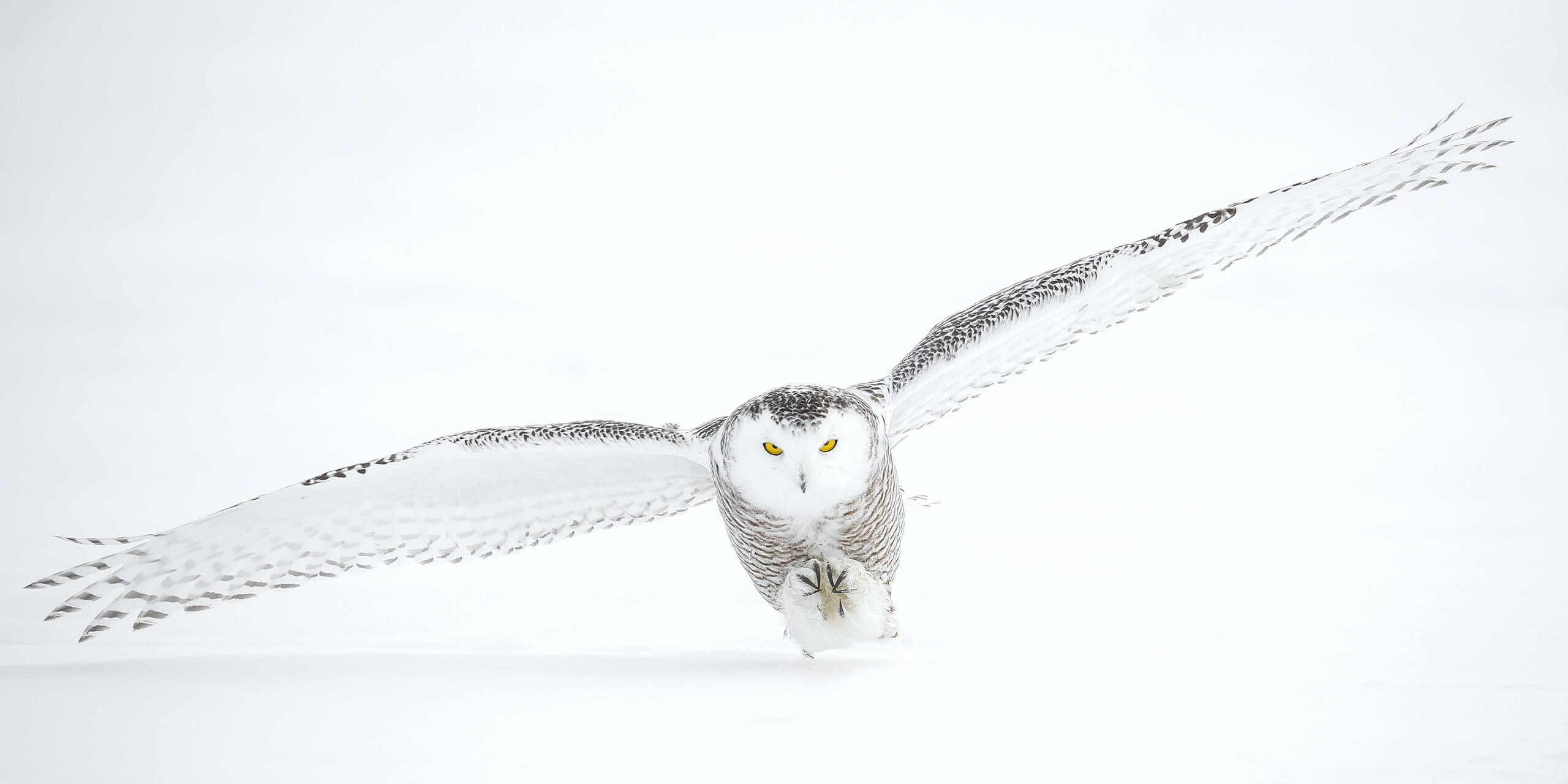 The Life-Affirming Terror of Minimalism 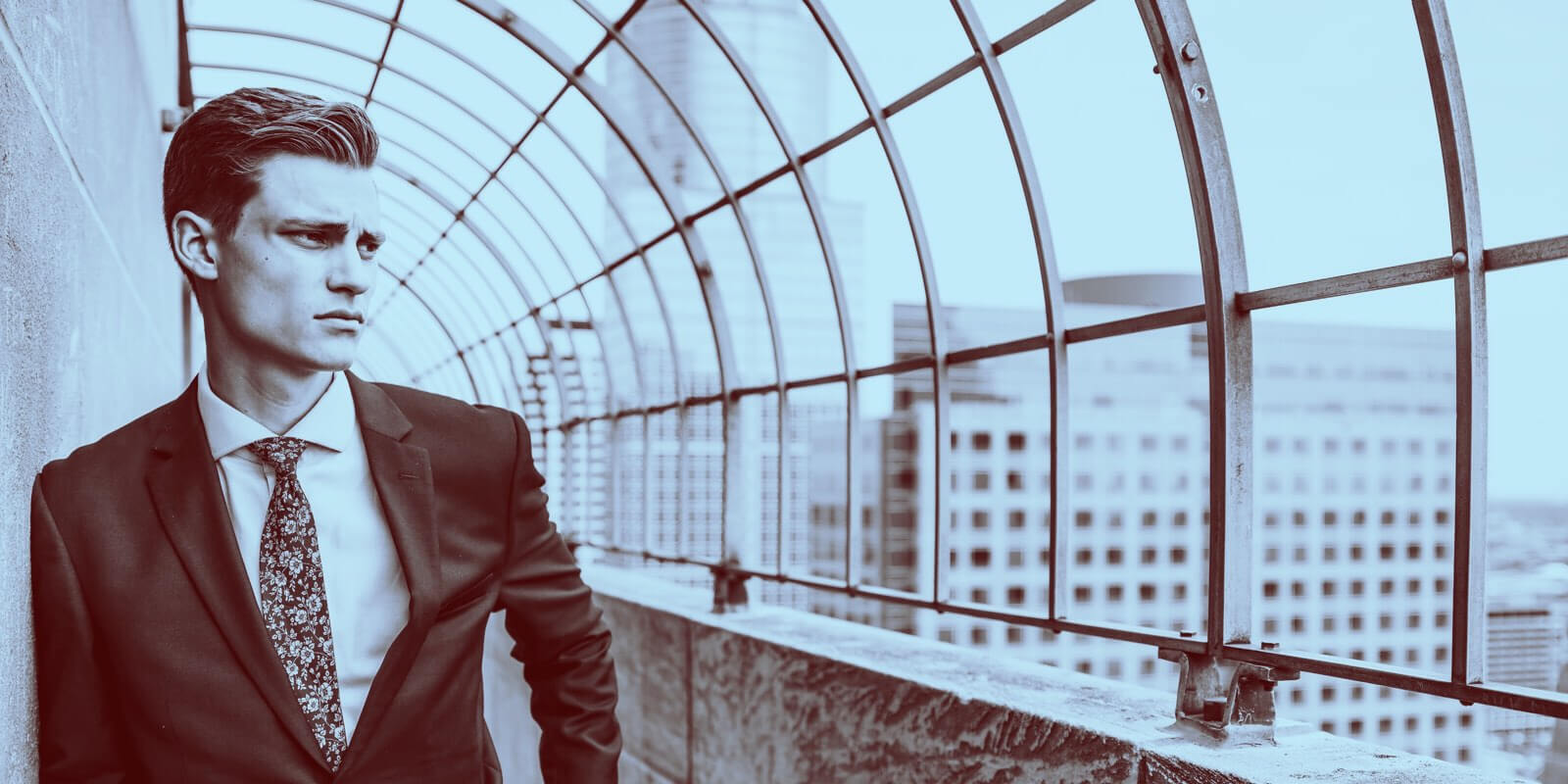