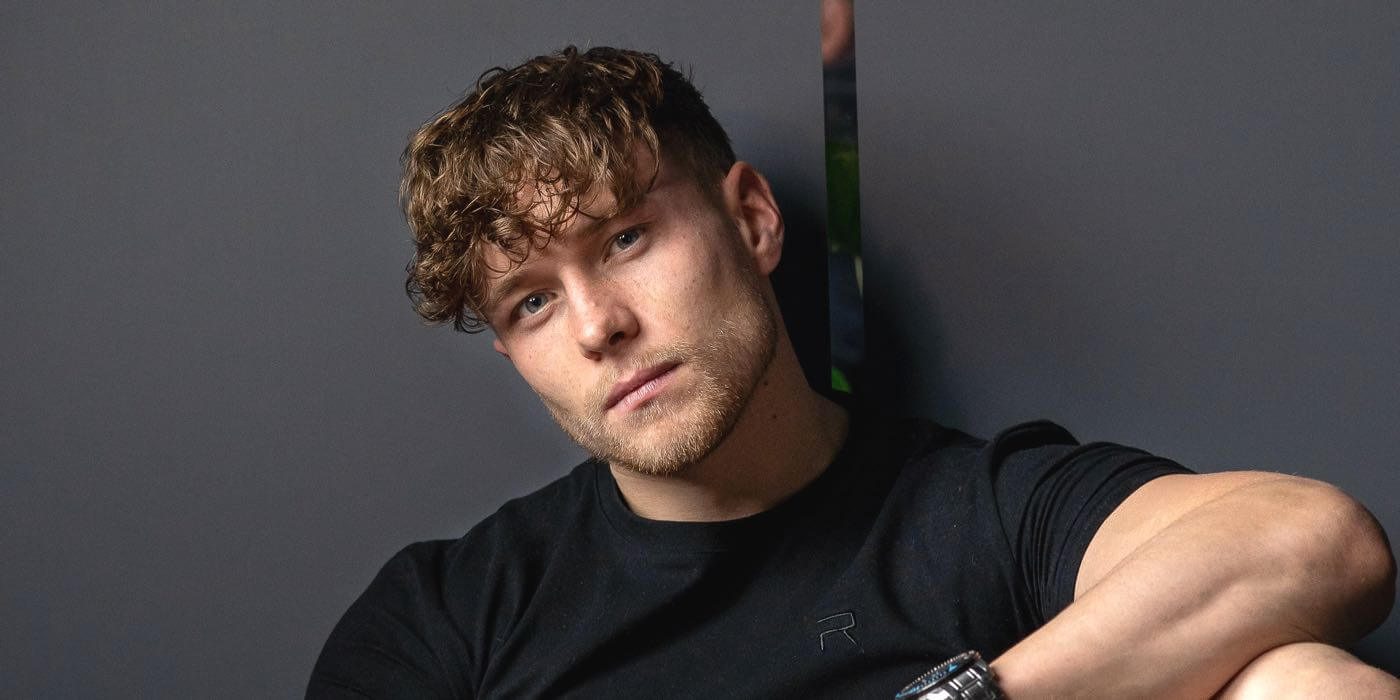 A new client of mine was trying to describe why he decided to come to therapy:

You know, it’s hard to put my finger on exactly. I’m not super depressed. I don’t have crushing anxiety either. I just feel so insecure all the time.

Many people like my client suffer silently with chronic insecurity because they don’t think it’s a serious enough problem to get help for. What’s more, they usually just chalk it up to a personality trait: I guess that’s just how I’m wired.

But this simply isn’t true. There’s no gene for insecurity—no cosmic destiny dooming you to a life of feeling less-than.

As I tell my own clients in therapy:

Feeling insecure is about habits not hardwiring.

If you want to feel less insecure all the time, learn to identify these 6 subtle habits that strengthen insecurity, then work hard to undo them.

From a young age, most of us learn that to properly motivate ourselves to succeed, we need to be tough on ourselves.

And usually, this toughness takes the form of harsh, judgmental, and overly negative self-talk:

In Hollywood movies, the tough-talking drill sergeant quickly “makes a man out of” the timid new recruit by telling them how “soft” and “weak” they are. But in real life, criticizing yourself constantly only leads to shame, inadequacy, and even more insecurity.

Criticizing yourself is never a sustainable source of genuine motivation.

Unfortunately, we’re often lazy, especially when it comes to building genuinely helpful sources of motivation. So we rely on our default motivational strategy of self-criticism which keeps us feeling insecure.

If you want to truly work through your feelings of insecurity, take the time to develop genuinely helpful sources of motivation and encouragement for yourself.

Being overly-critical of others is a subtle defense mechanism designed to boost your own ego.

When you feel chronically insecure, you’re starved for good feelings about yourself and often desperate to find ways to make yourself feel better—even if it’s short-lived.

So, many insecure people get into the unconscious habit of being critical of others as a way to boost their own egos.

The problem is—in addition to ruining your relationships—being critical of others only makes you feel worse about yourself in the long-run. Deep down, we know that we’re trying to make ourselves feel better at the expense of others and we dislike ourselves for it.

If you want to feel less insecure and boost your self-esteem in the long-run, give up the habit of criticizing others and find healthier ways to feel good about yourself.

It’s easy to rationalize asking for advice as a good idea because often it is.

When you’re really stuck, you’ve have tried everything you can think of, and you still don’t know how to move forward with something, sometimes advice can be helpful.

But here’s the problem: asking for advice feels good—sometimes too good.

Psychologically speaking, the habit of asking for advice anytime you feel stuck, frustrated, or nervous, can become a crutch. When you go to someone else for advice about how to move forward, it alleviates your own anxieties and insecurities—and that feels really good!

But you can get addicted to this anxiety-relief.

Because it feels so good to be immediately relieved of your anxiety, it becomes harder and harder to try and manage your anxiety on your own—to push through problems yourself despite your fears and insecurities.

The only to build true confidence is to tolerate your fears and anxieties and do things anyway.

On the other hand, when you habitually ask for advice before trying anything yourself, you’re basically telling yourself that you’re incompetent. And tell yourself this enough and your mind will start to believe it. This is the habit that maintains insecurity.

If you want to feel less insecure, ask for advice only when it’s absolutely necessary—not just because it will soothe your anxieties.

Like asking for advice, reassurance-seeking is a subtle habit that trains your brain to see yourself as weak and not confident in the long-term. But we do it anyway because it feels so good in the short-term.

Suppose you just told your spouse that you’d prefer Italian food over Thai for your monthly date-night. Even though they said they were fine with that, you’re worried that maybe they’re secretly upset about it.

So you ask them on the way out of the house: Are you sure you’re okay with Italian? We can do Thai if you want… They say it’s fine and you keep going.

But as you drive, you keep thinking about it, convincing yourself that they don’t actually want Italian and are irritated with you. So, as you’re pulling into the restaurant, you say: No really, honey, we can just go get Thai across the street if you want… Again, your spouse says Italian is fine. But you detect a hint of irritation in their voice, which you attribute to your theory that they secretly don’t want Italian (and not that you’re constant reassurance-seeking is getting annoying).

The key is to realize that the object of reassurance-seeking is anxiety relief. You have some doubts about yourself and you want someone else to tell you it’s okay so you won’t feel anxious anymore.

When you rely on other people to make you feel okay, you never learn how to make yourself feel okay.

We all have doubts and insecurities. The difference is most people are willing to tolerate a little fear and self-doubt because they know it’s normal and they’re confident that the feeling will go away if they leave it alone.

If you want to feel more confident and less insecure all the time, you must be willing to tolerate your self-doubt instead of immediately looking for reassurance from other people.

Like asking for advice and reassurance-seeking, the habit of second-guessing yourself feels good in the moment but leads to chronic insecurity over time.

Questioning your own decisions isn’t necessarily a bad thing. In fact, genuine reflection on previous decisions—especially mistakes—can be a powerful source of growth and learning.

As usual, the problem is when this self-questioning becomes habitual—something you just do instinctively anytime you’ve made a decision you’re uncomfortable with. Because it teaches your own mind to think that all your decisions are dubious and probably incorrect.

So why do we do it? Why habitually second-guess ourselves?

Second-guessing yourself distracts you from the uncertainty around your decisions.

See, when you’ve made a decision—especially a big one—it’s normal for the outcome to be uncertain. You won’t know if it was a good decision for a while. This uncertainty leads to some very normal anxiety.

But if you can’t tolerate that anxiety and get on with your life, and need to distract yourself from it by endlessly replaying the decision and what led up to it, you’re slowly chipping away at your self-confidence. And over time, this strengthens your feeling of chronic insecurity.

If you want to feel more secure in yourself and your decisions, stop second-guessing them all the time.

Catastrophizing is the mental habit of imagining the worst.

Catastrophizing is such a nasty habit because it makes the world look far scarier and bleak than it really is.

When you constantly tell yourself how everything is going to turn out terribly, don’t be surprised if your brain starts telling you everything is terrible.

People often get into the habit of catastrophizing because they don’t want to be surprised when things go badly. So they figure if they imagine the worst, they’ll always be pleasantly surprised.

But here’s the problem with that strategy:

If you’re constantly catastrophizing, you won’t have any attention left over for all the things in your life that are going well.

And that’s the real tragedy of this mental habit of catastrophizing: It robs you of all the joy and positivity that’s already in your life.

And when your world seems terrifying and devoid of good things, what could be more natural than to feel insecure about yourself and your place in the world?

To start feeling less insecure, put the brakes on your habit of catastrophizing and imagining the worst.

Feeling chronically insecure isn’t a genetic curse or personality trait. It’s the result of subtle habits that keep you feeling that way.

Learn to identify these insecurity-feeding habits and work to eliminate them:

Thank you for sharing this awesome article. It’s so useful for me. I sometimes realize myself that I feel insecure. And I often do the last written one: catastrophizing

If you are going for finest contents like I do, simply go
to see this site everyday since it gives feature contents, thanks

I do all these things 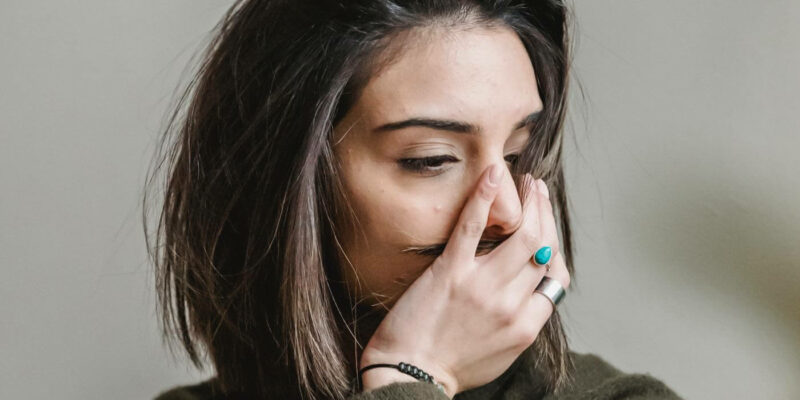 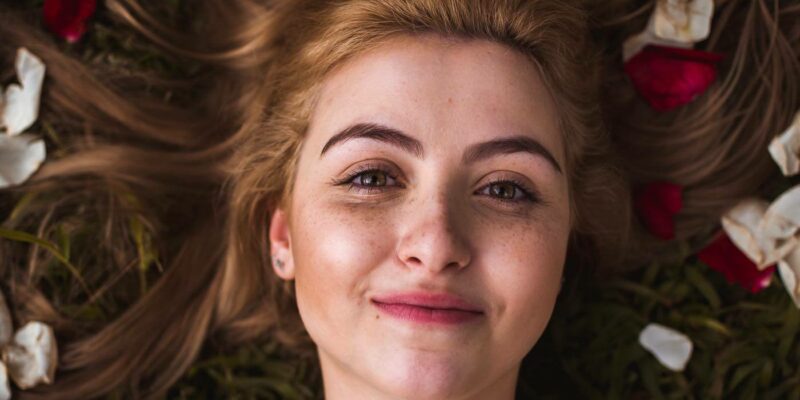 5 Fresh Habits for a Calm and Peaceful Mind