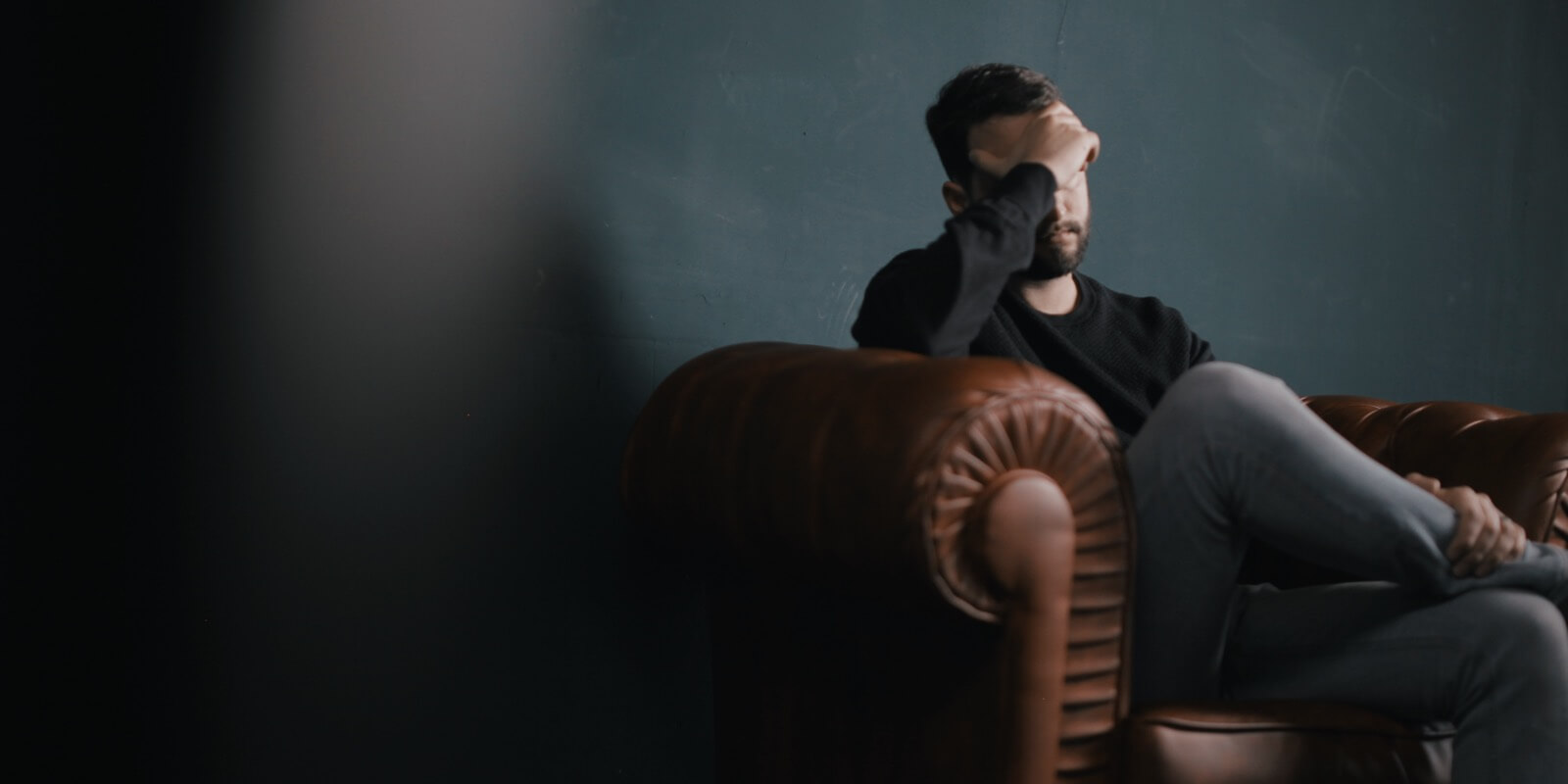 I’m pretty sure my daughter’s not really a psychopath, but the thought has crossed my mind more than once—with more than a little anxiety as a result.

After our second daughter, Gabriela, was born, Elena, the first, seemed occasionally interested in her newborn sister but mostly remained ambivalent toward her. She’d smile at her sometimes and offer to share pretzels with her occasionally, but mostly she was just oblivious.

Within a few weeks of Gabriela’s arrival, though, my wife and I noticed to our horror that—every once in a while, and for no apparent reason—Elena would just WHACK Gabriela, sometimes on the head!

Of course, the first time it happened we both jumped up and shouted: “ELENA!” This got her attention, to be sure, but what scared me even more than my newborn taking a right hook to the jaw from her older sister was the look on Elena’s face after we yelled: She looked right back at us and smiled.

Needless to say, I was anxious. I could tell my wife was too. We were both struggling to understand why our adorable, perfect daughter would do something so… cruel?!

To make matters worse, it kept happening. Not a lot, but often enough to keep us concerned and even more anxious: What’s going on? Something must be wrong!

And yet, eventually, a few alternative explanations managed to squeeze their way into my consciousness:

And then the kicker:

I guess it finally dawned on me that I was a psychologist, and consequently, maybe I should try thinking about this strange and scary behavior from a different perspective. By checking my initial assumption about the cause of her behavior (there’s something fundamentally wrong with her), I was able to explore alternative possible causes, including the possibility that she did it because she’s getting something valuable out of it.

While Elena’s initial smack to Gabriela’s little head may have happened for all sorts of reasons (or no reason at all), the fact that she persisted with it from time to time actually started to make sense in light of what children really are—little learning machines who crave attention above all else.

In other words, Elena’s habit of whacking her little sister had less to do with her and everything to do with my wife and I’s initial reaction to her. Because we responded so dramatically the first time, she learned that hitting her sister was a good way to get our attention—which to a child is just about the most valuable thing in existence, and certainly worth the stern looks and exhortations to refrain from future such behavior.

In a way, she was acting perfectly rationally because we taught her (unwittingly, of course) that if she hits her sister she will get 100% undivided attention from both mom AND dad—Jackpot!

Over the next several months, Elena would occasionally give her sister another unsuspecting sucker punch, but my wife and I became increasingly better about not reacting too strongly to these events—or at least not showing our reactions externally. We still told Elena firmly that she shouldn’t do that, but the way we reacted was calmer and less intense. In other words, we set boundaries on her behavior by being conscientious about what we were and were not rewarding and reinforcing.

As a result, the hitting continued to decrease in frequency and I’m happy to report that we’ve been free of sister-on-sister violence for several months now.

The reason for that long-winded anecdote is not simply to air out my embarrassing parenting laundry; but because I think it will be useful in clearing up a couple common misconceptions folks have about a very common problem: Worry.

While we all worry from time to time, some of us struggle with it to a much greater degree and frequency than others. In fact, a good chunk of my clinical practice is made up of folks who worry so much that it (and the anxiety it results in) are causing major problems in their lives.

But wherever we fall on the worry severity spectrum, most of us would probably like to worry less. And the key to doing that is actually hidden in plain sight in the story of my daughter above.

I’d like to make the case that the strange, surprising, and sometimes terrifying actions of toddler are governed by the same basic principles of human learning and behavior that influence our propensity to worry as adults. As a result, the strategies we use to effectively set boundaries on problematic toddler behavior can be applied with equal effectiveness to adult worry and the anxiety it produces.

In the scenario of my daughter hitting her sister, they key to a successful resolution was to understand that her behavior was functional, and in a sense, reasonable. She hit her sister because she got something very rewarding out of it (attention from mom and dad). It was perfectly reasonable for her, then, to hit her sister again and again in order to get more attention.

The key idea is that the Law of Effect applies to worry and anxiety just as much as it applies to rats in cages or toddlers bludgeoning their baby sisters.

A Tale of 2 Brains

Now consider a common situation for worry and anxiety: The long walk down the hallway after a test we don’t think we did so hot on (I mean, we’ve all been there, right?)

The minute we hand in our test to Mr. Johnson, the Chemistry teacher, a frightening thought pops into our head: I don’t feel good about my answers to a lot of those questions… What if I failed the test?

Unfortunately, our natural reaction to a frightening thought like this is often to think more about it and elaborate on it, typically with a negative slant:

While thinking more about that frightening initial thought seems like a good idea intuitively (we’re working on it, right?), it’s important to think about this decision functionally, just like we would with a misbehaving toddler.

Our anxious brain threw out the idea that we might have failed the test (this is like my daughter hitting her sister for the first time). In response, our problem-solving brain started elaborating on that initial worry (this is like my wife and I responding instantly and dramatically to our daughter). Even though we imagine that thinking more about our “problem” will make things better (just like my wife and I intuitively imagined that yelling at our daughter instantly would teacher her not do hit her sister), we actually start feeling more anxious (just like my daughter continued hitting her sister for a while).

In other words, when we try to elaborate on, problem-solve, and generally think more about an initial worried thought, we are actually “rewarding” our anxious brain because we’re giving it attention and confirmation. This is how major anxiety develops.

It’s as if we’re telling our anxious brain: Good call sending that scary thought my way. It’s probably really important and significant so I’ll think good and hard about it. Of course, all this does is encourage our anxious brain to send us even more unwanted anxious thought, which we mistakenly elaborate on even more and thus perpetuate the cycle and feel anxious all the time.

In other words, by giving attention to our anxious thoughts we’re encouraging our anxious brain to send them more often and more intensely.

Consequently, the key to breaking the habit of worry and feeling less anxious is to realize that the very thing that seems like it should help (thinking) is actually making the problem worse because it is in effect setting poor boundaries on our anxious brain by rewarding everything it happens to spit out.

The key is to not get caught up in the content of our thoughts and instead consider their function. Our anxious brain is worried all the time (that’s it’s job), but if we start responding to each and every alarm it sends as if it’s a full-blown emergency, we train our anxious brain to think that just about everything is an emergency and worthy of lots of anxiety. And we end up with an anxiety disorder.

Like toddlers, our brains are always learning. And like parents, we are the brain’s primary teacher. When a frightening thought pops into mind, remember that however you respond you’ll be teaching your brain something. What do you want it to learn? 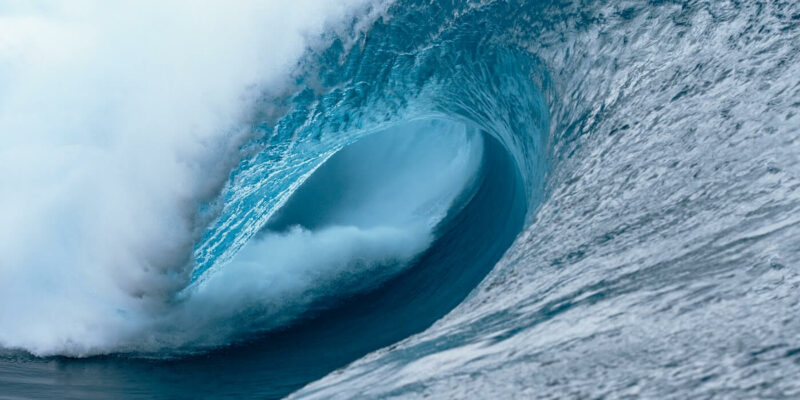 Do You Suffer from Fake Guilt?